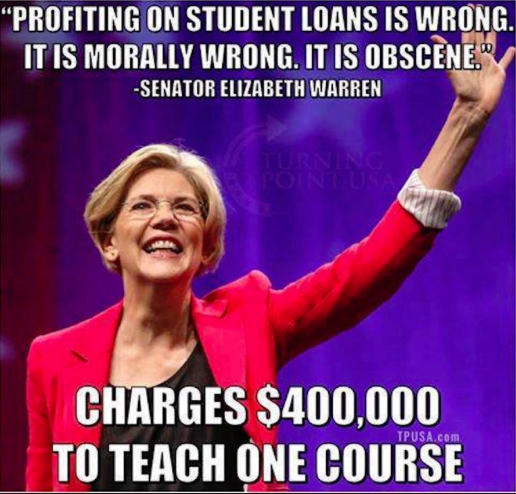 Sen. Elizabeth Warren was forced to defend her wealth despite her frequent attacks on the rich after she was confronted by a Boston radio host earlier this week.

Ms. Warren, a Massachusetts Democrat who frequently attacks big banks and Wall Street, ran into WRKO radio host Jeff Kuhner at the studio Monday and was asked how she can justify “railing” against a class of Americans to which she belongs.

“Question: You often say, and I agree with you, that the 99 percent are getting shafted by the one percent. You live in Cambridge, you’ve got a $2 million mansion,” Mr. Kuhner said as Ms. Warren nodded in agreement. “Plus you’re a multimillionaire yourself. How can you rail against the one percent, when in a sense, you are and live like the one percent?”

Ms. Warren launched into her biography about her modest childhood and not having enough money to apply to college, much less being able to afford to attend. She started to get visibly annoyed when Mr. Kuhner interjected, saying, “You made millions of dollars, right? And you live in a mansion in Cambridge.”

Ms. Warren said she got to where she is today because she was able to attend a state law school that only charged $450 a semester. 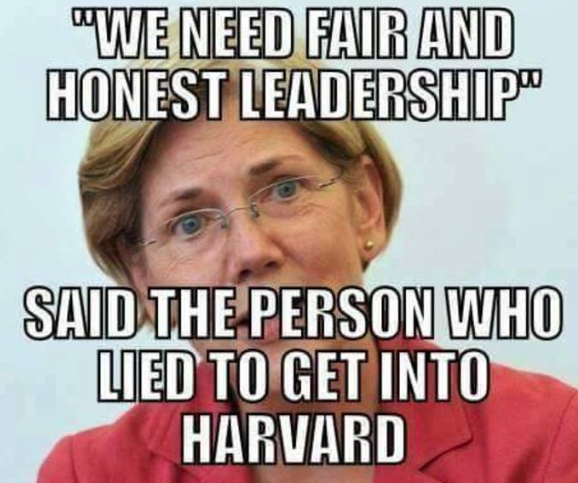 “It’s not hypocrisy!” the senator exclaimed. “What this is about is whether you believe in opportunity or not.

“I believe in opportunity and it’s what I fight for,” she said as she walked away.

According to a 2015 report by CNN, Ms. Warren is worth between $3.7 million and $10 million, not including her three-story home in Cambridge.

In a blog post Wednesday, Mr. Kuhner, a conservative and former columnist at The Washington Times, called Ms. Warren “a liar and a hypocrite” who was visibly embarrassed by his questions.

NEW Book: If Cheese Made You Thin I'd Be Invisible By Now by Lisa K. Brown