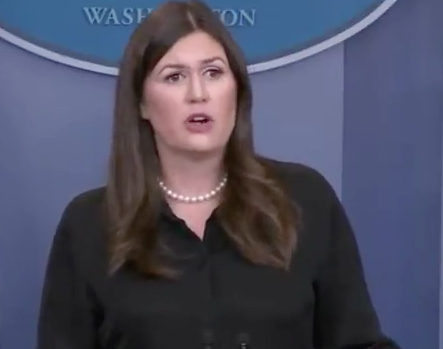 “The wall is already going through extensive renovations. They’re already building sample walls. That part is already moving forward. The president is 100 committed to the wall,” Mrs. Sanders said on Fox News. “These efforts are going to continue.”

Senate Minority Leader Charles E. Schumer and House Minority Leader Nancy Pelosi said late Wednesday that they had come to a deal with Mr. Trump concerning Deferred Action for Childhood Arrivals and excluded funding for the border wall. Mr. Trump denied that in a series of tweets Thursday morning.

Mrs. Sanders also said the president is committed to passing tax reform this year and would like to see members of both parties support the plan when it’s finalized.

“We’d love to see all members of the House and the Senate come together and focus on solving real problems,” she said.

She also denied reports that Mr. Trump was frustrated with Treasury Secretary Steve Mnuchin and Director of the National Economic Council Gary Cohn in the tax reform debate. A New York Times story reported Thursday that both men are in the president’s “disfavor” at the moment.