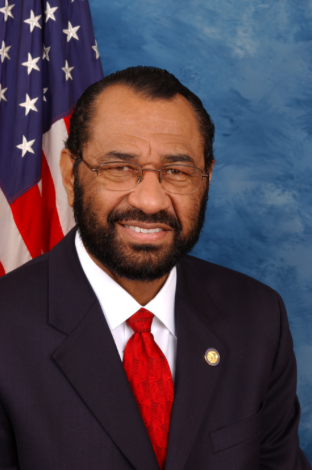 File this one under Crazy Democrats.

Rep. Al Green, yes a Democrat, actually said during an interview on SiriusXM that the president doesn’t actually have to commit any type of crime in order to be impeached.

That explains a lot, actually.

For instance: It explains why Democrats have troubling connecting politics with the Constitution.

It explains why Democrats are so amnesty gung-ho — because borders laws don’t mean anything.

It explains why violence, in the eyes of the left, is one and the same as an expression of First Amendment speech.

These are Green’s actual words, captured by Breitbart: “Impeachment does not require a crime to be committed.”

But he went on: “That’s what some of these constitutional scholars have been confusing people with. Because they’re talking about what Mr. [Robert] Mueller is doing and he is investigating a crime. But impeachment is a political remedy, and it simply means removal from office. It carries no criminal penalty.”

Well, there is that whole impeachable offense standard. Somebody please give this man a copy of the Constitution.

The standards for impeachment are laid out in Article II, Section 4: “The president, vice president and all civil officers of the United States shall be removed from office on impeachment for, and conviction of, treason, bribery or other high crimes and misdemeanors.”

Yes, it’s true, the House can vote to impeach the president, while it’s the Senate that must convict. That’s what happened to Bill Clinton — the House voted in December of 1998 to impeach him on charges of lying under oath to a federal grand jury, and for obstructing justice in the whole Monica Lewinsky affair and scandal.

But Clinton was deemed by congressional members to have committed a crime worthy of impeachment — perjury and abuse of power. he wasn’t ever removed from office because the Senate didn’t convict.

But how does President Donald Trump figure into that impeachment picture?

Apparently, to Green, it really doesn’t matter. No need to wait on any type of criminal guilt to be found; no need to wait for Mueller to discover any cause to indict, charge or convict of crime.

“Regardless as to what Mr. Mueller does,” Green said, “the Congress can still impeach the president for his behavior that has an adverse impact on society. That is what impeachment is all about — a president who is unfit to serve because he has done things that would be harmful to society.”

Year After Year...More Insanity At the VA