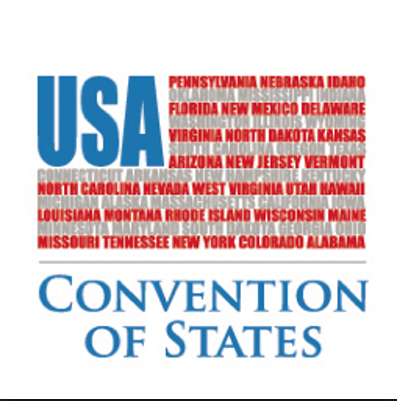 Over the past few years, the efforts to gain support for a Convention of States (COS) under Article Five of our Constitution has been a real struggle. This particular aspect of our Constitution is highly misunderstood and often maligned by those who do not understand it or fear the power it contains.

Many times, this negative viewpoint is taken because people often confuse this provision with the institution of a Constitutional Convention like the one that produced our Constitution in the first place. Nothing could be further from the truth.

Here is the complete text of the Article in question with the COS part bolded:

“The Congress, whenever two thirds of both Houses shall deem it necessary, shall propose Amendments to this Constitution, or, on the Application of the Legislatures of two thirds of the several States, shall call a Convention for proposing Amendments, which, in either Case, shall be valid to all Intents and Purposes, as Part of this Constitution, when ratified by the Legislatures of three fourths of the several States, or by Conventions in three fourths thereof, as the one or the other Mode of Ratification may be proposed by the Congress; Provided that no Amendment which may be made prior to the Year One thousand eight hundred and eight shall in any Manner affect the first and fourth Clauses in the Ninth Section of the first Article; and that no State, without its Consent, shall be deprived of its equal Suffrage in the Senate.”

As this article makes clear, the necessity of gaining the approval of three-fourths of the states’ legislatures is what actually ratifies an amendment…not the COS or the recommendations of Congress.

In the current state of the federal government, we face some monumental problems getting any of the suggested amendments through this process using Congress as the vehicle. It simple will not happen.

At the top of the list of desired amendment suggestions are:

> Term Limits for Members of Congress
> A Balanced Budget Amendment to force the government to live within its means
> Repeal of the 17th Amendment
> Replacement of the Income Tax with some form of consumption tax to include repeal of the 16th
Amendment.

There may be others, but getting these four passed through a COS will be a major battle given the substance and extent to which they would revolutionize Washington’s way of life. Keep in mind that state legislators often harbor dreams of serving in Congress at some point. The lust for power seldom wanes.

Truth be told, term limits should never have been necessary. The fact that members of the House of Representatives were intended to be the “people’s” voice in Washington while the Senators were intended to be the protectors of the states’ right to govern over those things not specifically enumerated as federal powers, two year terms were designed to allow voters to frequently circulate fresh blood into the House and disincline its members toward career seeking. The critical ingredient missing from present-day politics is an informed electorate. Unfortunately, academia, the press, and the entertainment industry have joined in such a disinformation campaign that voters never seem to be able to discern which candidate is really serving their best interests. Instead, the name that is most recognized gets the votes. In the absence of an informed electorate, perhaps term limits are needed.

A balanced budget is ultimately the only tool that will eventually dig our country out of the hole it is in. It should be obvious by now that Congress will keep kicking the proverbial can down the road for eternity rather than place any restraints on themselves when it comes to wasting (oops, spending) taxpayers’ money. A COS is the only vehicle left to force the federal government to reform its habits.

The last two, taken together, will have a greater impact on the American citizen that the others. By repealing the 17th Amendment, the states will be able to select its Senators with an eye to appointing people that will look out for the interests of their respective states and states’ rights as a whole. Knowing that the legislature can replace them at any time keeps them on the straight and narrow path of doing what they were sent there to do. I truly believe that one amendment has done as much damage as any other one since the Bill of Rights was passed.

Right next to the 17th, the 16th Amendment – the Income Tax – was the other half of the evil twins. It seriously increased the intrusiveness of the federal government into our lives and provided it with a huge financial windfall that it has done its best to squander for the past 100 years or so. Replacing it with a simple and non-intrusive (while eliminating the need for the Internal Revenue Service) of consumption tax such as the FairTax, which has been refused a vote in the Ways and Means Committee of the House for over a decade, only makes sense. Taxing production rather than consumption reduces the incentive to “produce.” A consumption tax which exempts a set amount of money for each family unit to purchase the necessities of life and then taxing only new products and services purchases allows people to 1) decide what they need or want and whether or not the tax expense incurred with the purchase is worth it, and 2) know exactly what the cost of their government is taking from them based on the fact that the tax would be calculated and displayed on every purchase receipt for them to clearly see.

Nothing here is intended to indicate that any of these listed proposals would see the light of day at the beginning or end of a COS. They are simply some that I have heard proposed as part of the effort to gain support for a COS. Some may be recommended. Others may be rejected. But before we can even exercise this option as a means of reining in our government, we have to get another two dozen states to sign on.

If your state has not already approved a resolution requesting that such a COS be held, you need to contact your state legislators and get them on the bandwagon now! The future of our country could be in the balance.

Dr. Bill Warner: Why I Am A Civilizationist