Back in May, a New Orleans statue of Joan of Arc was tagged with “Tear it Down” graffiti. 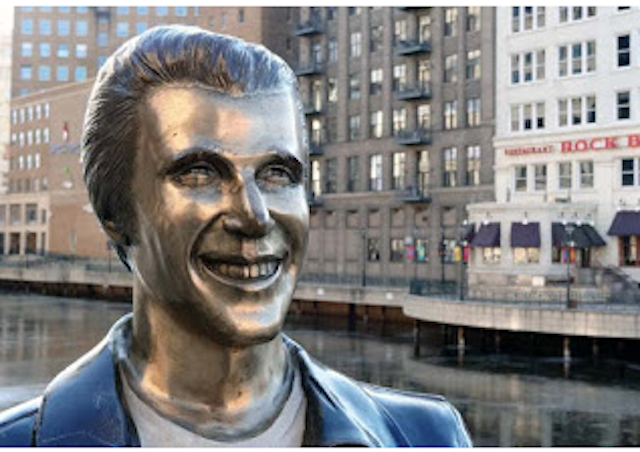 Why Joan of Arc? Any famous historical figure is by definition controversial. Joan is a French
national symbol, but Shakespeare depicted her as a malicious witch. The French Quarter where the statue stands is a mostly white neighborhood. France was dealing with a controversial election.

This is what happens when you open a can of historical, religious and nationalistic worms.

The war on Confederate memorials quickly escalated into attacks on Abraham Lincoln. The Lincoln Memorial was vandalized in Washington D.C. and in Chicago, a statue of Lincoln was burned. Abraham Lincoln fought the Confederacy. But from a black nationalist perspective, Lincoln and Lee were both racist white devils. And to the left, they both embody white supremacy.

What began with tearing down General Lee, escalated to vandalizing statues of Junipero Serra.

Serra was an 18th century Catholic priest who set up missions in what is now California. He’s hated by some American Indian activists who accuse him of racism and colonialism. There are statues of Serra all over California. And while most Americans have never heard of him, a pitched battle is underway between Catholics who venerate him as a saint and left-wing activists who call him a genocidal racist.

The battle over Junipero Serra is a microcosm of the gaping national and religious fault lines on which so many statues stand. Our towns and cities are full of statues celebrating some group’s version of history. The civil society we used to have allowed different groups to each celebrate the heroes of their history.

It’s not just Confederate memorials that are the controversial remnants of an old war. The Hundred Years War that Joan was part of had its own winners and losers. And if that seems like ancient history, our cities are full of memorials and statues featuring Irish, Italian and Latin American nationalist figures.

Springfield, Massachusetts has a garden dedicated to the 1916 Easter Rising. There’s a statue of Irish nationalist Robert Emmet in Washington D.C.’s Triangle Park. Three miles away stands a statue of Winston Churchill near the British Embassy. There is a great deal of national history that separates both men, but they can coexist together in our civic spaces because of mutual historical tolerance.

There can be a statue of James Connolly in Chicago and of Winston Churchill in Fulton, Missouri.

If we have to start picking and choosing between Irish nationalists and British leaders, one set of statues would have to be torn down. And then eventually both sets. Every historical figure is controversial.

New York’s Central Park has equestrian statues of Simon Bolivar, Jose Marti and General Jose de San Martin. All the statues are controversial in their own way. It took years to get the Marti statue mounted. At one point anti-Castro Cuban exiles covertly put up a replica in its place in the middle of the night. 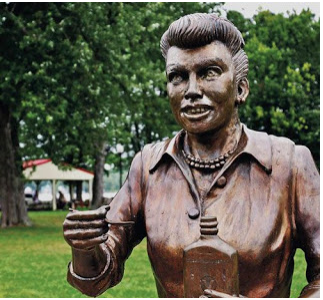 You don’t have to be a politician or soldier for your Central Park statue to be controversial. Dr. J Marion Sims, the father of modern gynecology, was targeted by black nationalist protesters for operating on slave women without anesthesia. Never mind that anesthesia wasn’t widely used at the time. To the medical profession, Dr. Sims is a hero. To the black nationalist leftists, he’s a villain.

If the anti-statue protesters get their way, the only statue left in the park will be Alice in Wonderland.

Black nationalists in New York have been allowed to name streets and parks after racists and Nazi collaborators like W.E.B. DuBois, Marcus Garvey and Malcolm X. The other side of the bargain that allowed black nationalists to have their own heroes, no matter how racist and terrible they were, is tolerance for the other groups exercising that same privilege. The anti-statue campaign violates that bargain. And like breaking the other bargains that maintain a civil society, it begins a civil war.

It’s not just Charlottesville, Baltimore or New Orleans. It’s vandals running around California and vandalizing Columbus and Serra. It’s Lincoln being set on fire and Joan of Arc getting vandalized.

In Glendale, California, Korean and Japanese groups are battling over a memorial to the “Comfort women” who were raped by the Japanese military during WWII. It’s yet another example of how a multicultural society becomes filled with explosive battles over history that can only be resolved with mutual tolerance or centralized censorship. The left has opted for the latter. And that’s dangerous.

Trying to make things better instead often makes them worse.

After the left complained that there were too few statues of female historical figures in New York, Bryant Park got a hideous statue of a squatting Gertrude Stein. While Stein was gay, with points for the LGBT checkbox, she was also an anti-Semitic Nazi collaborator, double points withdrawn.

In a bid to court feminists, gay activists and the artsy crowd, a New York City park got a statue of the woman who suggested that Hitler should win the Nobel Peace Prize for driving the Jews out of Europe.

But that’s also how history works. Every major figure has their negative sides if you go looking for them.

Behind the self-righteousness with which the left vandalizes Confederate memorials is also a great deal of hypocrisy. The double standards immunize comrades on the left from accountability and judgment.

Without a certain degree of tolerance and historical distance, no statue can stand the test of time.

In Philadelphia, the shortage of General Lee statues instead made the statue of Frank Rizzo a target. The former mayor and top cop of Philly suffered a defaced mural and calls to take down his statue. Black nationalists hate Rizzo because of his determination to crack down on Black Panther violence and terror. But gay rights activists have also targeted the statue over accusations of “homophobia”.

But why stop with Frank?

There are thousands of statues of Martin Luther King Jr. across America. The civil rights legend was an ordained minister who believed that homosexuality was a psychological problem that needed to be addressed. People have lost their jobs for less than that.

No, there’s no help for it.

All the statues must come down. Including the huge memorial on the Mall. All the streets named after Martin Luther King Jr must be renamed. If we’re going to hold historical figures accountable for not holding the same civil rights positions that the left adopted 5 minutes ago, why not start with King?

Either that or we can once again learn tolerance by leaving each other alone. 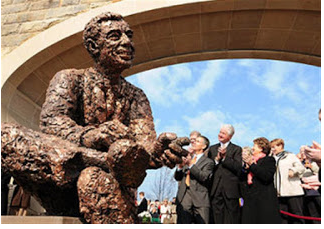 The left’s version of tolerance is just an endless civil war that pits groups against each other. It stirs up division and hatred under the false façade of justice. Its only possible outcome is to force everyone to accept one version of history while prohibiting everyone from having their own versions of history.

That’s not America. That’s Communist China and the Soviet Union.

In America, Churchill can co-exist with Connolly. There’s room for Junipero Serra and Chief White Eagle in California. New York offers a place for a bust of Napoleon III and a statue of Garibaldi (both men had once lived in exile in the city). And there’s also room for General Grant and General Lee.

History is complicated. Tyranny is simple.

A free society isn’t maintained by the brute force of easy answers, but with difficult compromises.