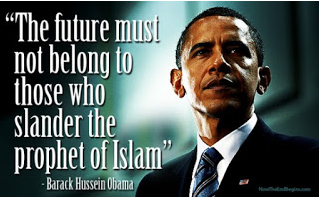 After months of denials, the pretext for Susan Rice’s eavesdropping on Trump officials has finally been made public. It had been widely known that Obama’s former National Security Adviser had contrived to unmask the names of top Trump officials who had been spied on by the administration. And the same media that still treats Watergate as the Great American Scandal had claimed that there was nothing “improper” in an Obama loyalist eavesdropping on members of the opposition party.

Every time Obama Inc. was caught eavesdropping on opposition politicians, it presented its spin in a carefully packaged “scoop” to a major media outlet. This time was no different.

When Obama Inc. spied on members of Congress to protect its Iran nuke sellout, it packaged the story to the Wall Street Journal under the headline, “U.S. Spy Net on Israel Snares Congress”. The idea was that Obama Inc. was “legitimately” spying on Israel, that it just happened to intercept the conversations of some members of Congress and American Jews, and that the eavesdropping somehow meant that its victims, Jewish and non-Jewish, rather than its White House perpetrators, should be ashamed.

The White House had demanded the conversations between Prime Minister Netanyahu, members of Congress and American Jews because it “believed the intercepted information could be valuable to counter Mr. Netanyahu’s campaign.” This was domestic surveillance carried out under the same pretext as in the Soviet Union which had also accused its dissident targets of secretly serving foreign interests.

Obama and his minions had used the NSA to spy on Americans opposed to its policies. Including members of Congress. They did this by conflating their own political agenda with national security.

And its fig leaf for domestic surveillance was that a “foreign leader” was involved.

Now get ready for a flashback.

Susan Rice’s excuse for unmasking the names of top Trump officials in the Obama eavesdropping effort was that they were meeting with the crown prince of the United Arab Emirates. The carefully packaged CNN story, which reeks of the Goebbelsian media manipulations of “Obama whisperer” Ben Rhodes, tries to clumsily tie the whole thing to the Russians. But for once it’s not about Russia. It’s about Islam.

The UAE has become best known for being the first regional Muslim oil state to turn against the Muslim Brotherhood and the entire Arab Spring enterprise. It helped mobilize opposition to the Qatari agenda. The ultimate outcome of that effort was that Egypt was stabilized under a non-Islamist president and the Islamist takeover in Libya is looking rather shaky. The Saudi coalition against Qatar, the sugar daddies of Hamas, Al Qaeda and the Muslim Brotherhood, has its origins in that effort.

When Obama Inc. spied on members of Congress before, it was to protect Iran. This time around, the gang that couldn’t spy straight was trying to protect the Muslim Brotherhood. The Iran Deal was never about stopping Iran’s nuclear program. It certainly does not do that. Nor was it ever meant to do it.

Instead the real goal of the Iran negotiations was a diplomatic arrangement with the Islamic terror state. The fruits of that arrangement can be seen from Beirut to Baghdad. They are written in blood and steel across Syria, Israel and Yemen. And that arrangement had to be protected at all costs.

The arrangement that Susan Rice was protecting by spying on top Trump officials was even older and dirtier. It goes back to Obama’s Cairo speech and the resulting bloody horrors of the Arab Spring.

Both times Obama Inc. was caught spying on American officials to protect its dirty deal with Islam.

Obama officials had spied on Americans to protect Iran and the Muslim Brotherhood. That’s more than a mere crime. It’s treason. Imagine if Watergate had been about the White House spying on Democrats for the KGB. That is the sheer full scope of what we appear to be dealing with here.

These efforts checked all the right and wrong legal boxes. The orders were carried out by men and women who know all the loopholes. Each decision was compartmentalized across a network. There were always pretexts. And a media eager to fight for the right of the left to spy on the right.

It is as unlikely that Susan Rice will be held accountable for pulling off a crime that makes Watergate into the gold standard of governmental ethics as it is that Hillary will ever go to jail for abusing classified information. The network, which some dub the swamp, has excelled at defending its own. That’s why current National Security Adviser H.R. McMaster protected Susan Rice’s access to classified information and nurtured all the Obama holdovers behind the leaks while purging those who tried to expose them.

It is also why Susan Rice’s testimony did not leak until CNN was able to roll out its carefully packaged spin.

Conservatives excel at zeroing in on abuses like Hillary’s email account, the Rice unmasking and the Benghazi cover-up, but falter when it comes to exposing the motives behind them. And so the investigation of the abuses quickly vanishes into a thorny thicket of alibis, technical legalities, cover-ups and licenses. And a baffled public reads about hearings that delve into acts rather than motives.

It is vital that we understand not only what Rice did, but why she did it. It is important that we expose the pattern of misconduct, not just the individual act.

Susan Rice’s eavesdropping would have remained hidden if Flynn and his appointees hadn’t temporarily obtained the keys to the kingdom. And the network quickly worked to have Flynn forced out and replaced with McMaster. And McMaster has steadily forced out Flynn’s appointees so that there are no more leaks like the one that exposed the Rice eavesdropping. The swamp looks after its own.

Unless there are fundamental changes at the NSC and beyond, we will never know the full scope of the Obama eavesdropping operation. But we still do know a great deal about what motivated it.

Susan Rice and the White House didn’t just eavesdrop on the political opposition. There was an agenda so urgent that they were willing to pull out all the stops to protect it.

Even right down to committing what has become the ultimate crime in the White House.

The Obama edition of Watergate wasn’t committed merely for domestic political gain. It was carried out for a reason that was encompassed in his address to the United Nations after the Benghazi massacre.

“The future must not belong to those who slander the prophet of Islam.”

This foul slogan led to the first arrest of a filmmaker for political speech in almost a century. It led to the sordid betrayal of our national security and our allies. And to domestic espionage against Americans.

The future must not belong on those who spy on Americans to protect Islamism.

WHAT In the World Is Going On With Hawaii's GOP?