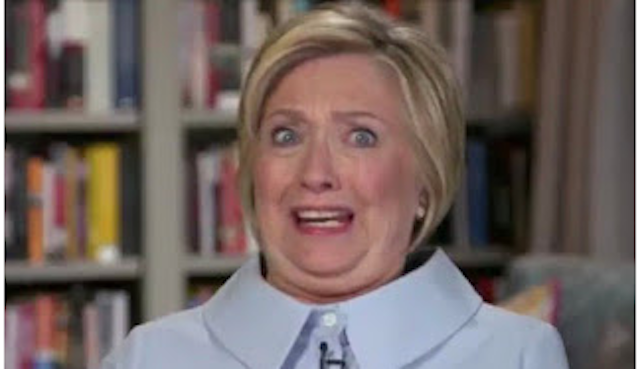 The Democrats went into the election certain that they were going to win. The New York Times rated Hillary’s chances at 93%. The Huffington Post raised that to 98%. That was still too modest for Obama campaign manager David Plouffe who predicted a 100% likelihood of Hillary winning.

It wasn’t strategy or statistics that made the Dems think that victory was certain. It was ideology.

Delusions of superiority had convinced them that Republicans couldn’t win an honest election. When Bush won, it was because his brother and the Supreme Court had rigged the election. The Republican victories that swept much of the country were only due to voter suppression and redistricting.

They had confused ideology with electability. The fallacy of fanatics is the conviction that their beliefs explain reality. And that following their beliefs must therefore lead to a successful outcome.

Leftists had convinced themselves that winning elections was an inevitable as the success of ObamaCare and the rejuvenation of the economy. Their media became a propaganda echo chamber filled with their own assurances of inevitable victory. But ObamaCare failed, the economy lingered and Trump won.

Instead of realizing that they had been lying to themselves, they seized on conspiracy theories.

Convinced of their natural superiority, members of the Master Party believed that their subjective contempt for Republicans in general and Trump specifically was an objective truth. It wasn’t that they despised conservatives. No, conservatives were inherently despicable. And Trump was so despicable and so absurd that he just had to lose. It was inconceivable that he couldn’t have lost. So he had lost.

Human beings don’t react well to having their egomaniacal fantasies come apart around them.

After losing World War I, many Germans seized on the Dolchstosslegende or the Stab-in-the-Back theory to explain what happened. The German military didn’t lose the war. It was undermined and stabbed in the back. Otherwise, despite the collapse of its allies and the entry of the United States, it would have won. The Nazis rode the Dolchstosslegende all the way into power. And to an even more devastating defeat in an even more devastating war all while trying to disprove the fact that America, the United Kingdom, France and Russia really could beat them in a war once there were no more Jews in Germany.

You can deny reality, but reality always wins.

Unsurprisingly, the Dolchstosslegende was most popular with German military leaders. Likewise the Democrat Dolchstosslegende arose from the ranks of Hillary’s campaign leaders. It’s those in charge of the losing team who have the most incentive to blame anyone and everyone else. The Nazis blamed a long list of people including the Jews. The Democrats blamed everyone from the FBI to the Russians.

Hillary has become another Hindenburg touting her own Dolchstosslegende. Her latest book, ‘What Happpened’, will put the Dolchstosslegende into print. It will list everyone who lost the election for her. ‘What Happened’ may be an awkward title, but calling it ‘Mein Kampaign’ might have been a bit much.

The Hillary Dolchstosslegende tearing apart our country passes itself off as patriotism. The Nazis claimed that they were patriots too. But Dolchstosslegendes aren’t patriotic. They’re exercises in divisiveness by losers who don’t want to take responsibility for their stupidity, incompetence and hypocrisy.

Hillary went from pressing a reset button with one of Putin’s minions to a posthumous political campaign claiming that Putin had rigged the election. Never mind that even if Russian hackers did leak Podesta’s emails, less than 1% of Americans have any idea who Podesta is or cared about the contents of his chats. But Podesta’s emails embarrassed the future promoters of the Dolchstosslegende.

And that’s why the Dolchstosslegende’s humiliated inventors are obsessed with their own emails.

John Podesta and Robby Mook had formulated the Russian Dolchstosslegende after her defeat. Podesta and Mook, like General Ludendorff and Hindenburg had the most need to assign failure elsewhere. And millions of loyalists were eager to be convinced that they had not truly been defeated.

The Clinton campaign was as big of a disaster as the Hindenburg Program. Both were Socialist projects that substituted technocracy for common sense leading to utter disaster. Rather than admit that their plan didn’t work, Hindenburg and Ludendorff blamed the defeat on the battlefield and misery at home on a conspiracy. The Nazis then tried to prove that a Socialist militarized industry could work once you got rid of all the possible conspirators. After killing six millions Jews, National Socialism still didn’t work.

Meanwhile Clintonworld had been trying to prove that Hillary’s ’08 loss to Obama was a fluke. They proved it by rigging the Dem primaries only to have Hillary lose the general election. And so out came more excuses. Hillary was an unbeatable candidate. The left was unbeatable. It was a conspiracy.

The myths of the undefeated Germany and the undefeated Democrats were rooted in a false conviction of superiority. A populace glutted on an endless diet of propaganda found it inconceivable that they had lost. As a dog returns to its vomit, the Democrats began licking the propaganda out of their media sewer twice as hard. They ate up the lies that they hadn’t lost, the promises that they would soon reclaim what was rightfully theirs and that everyone who had conspired against them would soon be punished.

Then they turned to street violence and attempted coups… because those worked so well in Germany.

At the maddest there are the ravings of Twitter experts who promise that the intelligence community will shortly be rounding up and executing all the traitors. But even the mainstream media, CNN, the Washington Post and the New York Times feed their readers a poisonous glut of the Dolchstosslegende.

It’s bad for the Democrats and it’s worse for the democracy.

Instead of learning from their defeat, an entire political party, its elected officials and a sizable portion of its base have convinced themselves once again that a presidential election was illegitimate. They have staked their hopes on a coup, ranging from military intervention to impeachment, to undo it all.

Instead of questioning the superiority of their leftist ideology, they have doubled down on it. Like the National Socialists, the Socialist supporters of the far left have turned to street violence, they fantasize about military coups and media coups, without caring about the damage that they are doing to America.

The Democrats believed that they would win the election because their left-wing politics were absolutely right. Now they are convinced that they will pull off their coup because they are even more fanatically left-wing in 2017 than they were in 2016. This same logic led the Nazis to destroy Germany. And the Democrats have learned absolutely nothing about the dangers of delusional fanaticism.

They are willing to destroy everything rather than question their delusions of superiority.

The Soviet Union attributed all its setbacks to sabotage, rather than policy failures. Muslims continue to believe that they lost their last Caliphate, the Ottoman Empire, due to an assortment of conspiracies from the Jews and the Freemasons. The Dolchstosslegende is as ubiquitous as it is destructive. It is seductive because it tells us the lie that we most wish to believe in our darkest hour.

The lie is that we did nothing wrong and do not need to change.

The Democrats’ Dolchstosslegende is the surest way of turning 2020 into a repeat of 2016.

North Korea and the Art Of War

The Importance of Free Speech: Motion 103 and Islamophobia