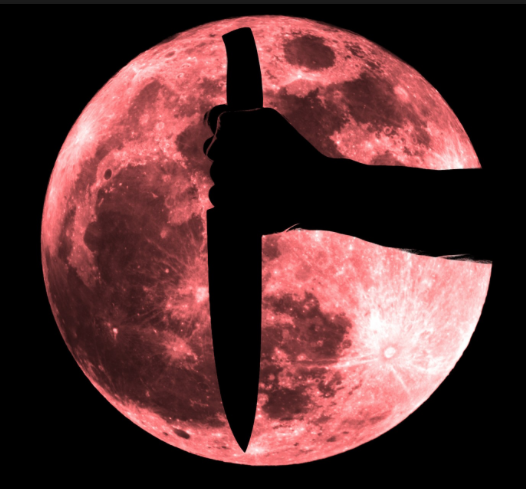 “I thought mad dogs foamed at the mouth, galloped, leaped and lunged at throats, and I thought they did it in August.”  To Kill a Mockingbird

In Roanoke, Virginia, Wasil Farooqui had attacked a couple with a knife while shouting, “Allahu Akbar”. His targets, a Muslim man and his non-Muslim girlfriend, had been swimming in the pool and were behaving immorally by Islamic standards. The Pakistani attacker had recently traveled to Turkey and was suspected of trying to join ISIS. His male victim had been cut “all over his body, including his neck.”

Wasil’s lawyer fought hard to keep jurors from hearing about the “Allahu Akbar” part of the attack because it would play on stereotypes. He brought in a professor to testify that, “Allahu Akbar” is used to “express praise or appreciation.” But the judge made his decision and jurors will hear the grim sound of Allahu Akbar in the courtroom just as Wasil’s victims did.

The defense in this case, as in almost every other Muslim terror case, is mental illness. Wasil had been “hearing voices”. Since a homicidal maniac hearing voices is how Islam was founded, that’s not much of a defense against accusations of Islamic terrorism. If antipsychotics had existed in the 7th century, ISIS, Al Qaeda, Hamas and the everyday horrors that tourists have encountered this August would not exist.

August isn’t quite over yet, but there’s been quite a few expressions of praise and appreciation this month sung in the same key as the pool hating Pakistani living on the Great Indian Warpath.

Just this weekend, a Muslim from Luton drove up to Buckingham Palace. Her Majesty’s unwilling subject might have been looking for the Queen, but she was over at Balmoral Castle in Scotland. When the police came to have a word with him, he reached for a 4 foot sword and shouted, “Allahu Akbar”. The Bobbies, traditionally unarmed, maced him. He managed to cut up their hands before being arrested.

Earlier, a Somali in Brussels had expressed some praise and appreciation by stabbing Belgian soldiers while shouting, “Allahu Akbar”. They belatedly shot him dead. A Koran was found in his possession.

It’s hard to think of any European events that could better have validated the mayor of Venice’s declaration that anyone shouting, “Allahu Akbar” in St. Mark’s Square would be shot by snipers.

But it’s been a fairly busy Allahu Akbaring August.

Early in August, the Eiffel Tower had to be shut down after a Mauritanian Muslim effusively expressed his appreciation to Allah by waving a knife and shouting that he wanted to kill a French soldier for ISIS.

The authorities claimed that he had psychiatric problems.

Parisian tourist attractions have been special targets of Islamic praise and appreciation. Back in February, an Egyptian Muslim with a machete shut down the Louvre while shouting, “Allahu Akbar”.

But at least French Christians and Jews appreciated the break from Allah’s interfaith blades.

Last year, Muslim attackers shouting Allahu Akbar had slit an 84-year-old priest’s throat and a Turkish Muslim teenager had attacked a Rabbi carrying a Torah with a machete while shouting, “Allahu Akbar”.

But this year, a Muslim broke into the apartment of an elderly Orthodox Jewish nursery school director, beat her and then threw her out the window. He shouted anti-Semitic slurs, recited portions of the Koran and shouted, “Allahu Akbar”. Previously he had visited a Jihadist mosque.

So of course the authorities blamed mental illness.

Finland got its first official terrorist attack in August as a Moroccan Muslim refugee shouting, “Allahu Akbar” began stabbing women. The Muslim migrant came to Finland after trying his luck in Germany. His rampage claimed the lives of two women and wounded six women and two men trying to help.

The slaughter appears to be another of Merkel’s presents inflicted on the rest of Europe. It might be Germany’s best gift to Finland since the Lapland War.

It had been a bloody Allah August in Spain. The terror cell had killed 16 people and wounded over 100. But this terror season in Spain had actually started early in late July when a knife-wielding Muslim, stop me if you’ve heard this one before, attacked a police officer while shouting, “Allahu Akbar.”

After several months of bloody Allahu Akbaring in the UK, the dog days of summer were quieter. At least until a Muslim with a 4-foot sword showed up at Buckingham Palace. Taha Hussain, who had developed the unappreciated habit of driving around the street while shouting, “Allahu Akbar” was found guilty.

In these trying times, no one really wants to hear that sort of thing in their neighborhood.

In Germany, the authorities decided that a man who shouted, “Allahu Akbar” while stabbing people at a train station in Munich last year was just mentally ill and not a terrorist. Meanwhile shortly beforehand, a Muslim refugee had stabbed seven people in a Hamburg supermarket while shouting, you’ll never guess what. One of the supermarket stabber’s victims died. The authorities claim he was mentally ill.

Closer to home, at the start of August, some 400 miles from Wasil’s stalking grounds, a Nashville man named Kaden began shouting, “Allahu Akbar” at a Kroger’s while claiming that he had a bomb. Just as in the case of the Barcelona van driver, there was no bomb. Back in June, a Tunisian Muslim had walked over to an airport police officer and shouted, “Allahu Akbar” before stabbing him in the neck.

But that’s the way it goes. Sometimes August is hotter than usual. Other times it’s cooler. Sometimes the Allahu Akbar stabbings flare up in London and other times in Paris. But like the weather, Islamic terrorism is always there. If it’s not happening where you live, then it’s erupting somewhere else.

Back in Roanoke, once the trial gets properly underway, jurors will be allowed to consider whether Wasil Farooqui’s yell of “Allahu Akbar” indicated that he was a terrorist or just expressing praise and appreciation while stabbing two people who had committed the crime of going swimming.

And, like all the Allahu Akbar stabbers in Germany and France, it’s just madness. The madness that causes the mad dogs of the Jihad to foam at the mouth and leap at infidel throats in the dog days of August. The madness of a mad prophet who commanded his followers to kill all the black dogs before he got around to ordering the ethnic cleansing of the Christians and Jews of Arabia.

August is usually hot. But when the Allahu Akbar shouters come around, it’s best to stay out of the water. If, like Queen Elizabeth, you can retreat to a castle, you should do so. If you can’t, be careful on the sidewalks of resort towns and in cafes. Walk carefully in London and Paris. Stay on guard at the Louvre, Buckingham Palace, London Bridge and the Eiffel Tower. And if you hear a shout of, “Allahu Akbar”, better hope that you’re in St. Mark’s Square and that there are trusty snipers watching.

And if you can get through a European vacation without hearing, “Allahu Akbar”, then thank God.