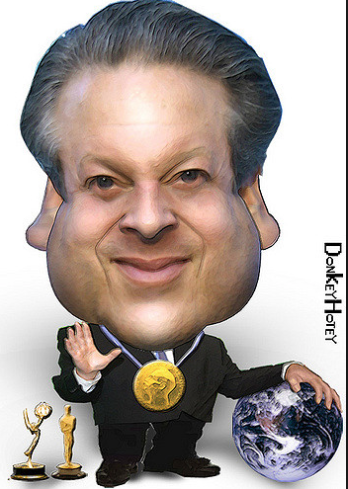 Sparring with celebrities and Al Gore over global warming may not be what Roy Spencer had in mind when he earned his Ph.D., but it’s certainly become a bustling sideline for the University of Alabama in Huntsville climatologist.

Called “Inevitable Disaster: Why Hurricanes Can’t Be Blamed on Global Warming,” the 50-page book was released Monday, and like his August e-book, “An Inconvenient Deception,” it’s already made landfall on the Amazon bestseller list.

As of midday Thursday, “An Inconvenient Deception” and “Inevitable Disaster” ranked number one and two on Amazon’s list of bestsellers in the category of Environment & Nature, while Mr. Gore’s companion book to “An Inconvenient Sequel” ranked 100th.

Mr. Spencer’s latest book challenges the oft-repeated assertion that this year’s powerful hurricane season is “what climate change looks like,” arguing that the storms are neither an aberration nor a result of rising carbon dioxide in the atmosphere.

“This isn’t what human-caused climate change looks like,” Mr. Spencer said in the e-book. “It’s what weather looks like.”

Hurricane Harvey and Irma became the first two Category 4 hurricanes to strike the U.S. coast on the Atlantic side in the same year, based on 166 years of record-keeping, prompting warnings from Mr. Gore, Pope Francis, Leonardo DiCaprio and others about human-caused climate change.

“This is an unusual time. Within the last two weeks, we have had two more record-breaking, climate-connected storms,” said Mr. Gore in a Monday speech at the World Economic Forum.

New York Gov. Andrew Cuomo weighed in at a Wednesday press conference, saying “we’ve had multiple Category 4 hurricanes come on land, more than ever before.”

A former NASA senior scientist for climate studies, Mr. Spencer said that having two hurricanes make landfall on the lower 48 within one year isn’t proof of climate change.

“There have been many years with multiple Cat 4 hurricanes in the Atlantic, but there is nothing about global warming theory that says more of those will make landfall,” Mr. Spencer said in an email. “While the official estimate is that this was the first time two Cat 4 storms hit the U.S., since Florida was virtually unpopulated before 1900, we probably don’t really know.”

Before this season, no Category 3 or larger hurricane had hit the U.S. coast since 2005 in what has been dubbed the “hurricane drought.”

“We are departing the familiar bounds of history as we have known it since our civilization began,” Mr. Gore said. “And why? Because today like all days we will put another 110 million tons of man-made heat-trapping pollution into the atmosphere, using the sky as an open sewer.”

Those in the climate-change movement argue that while climate change doesn’t cause hurricanes, it makes them more intense, thanks in part to warmer sea temperatures.

“Often in the past these storms would churn up cold water from deeper down in the ocean and reduce the temperatures that drive the strength of these storms, but the heat went all the way down more than 200 meters to the bottom of the Gulf of Mexico, so it didn’t short-circuit,” Mr. Gore said. “It stayed. As many of the climate scientists are now pointed out, the melting of the Arctic is disrupting the northern hemisphere and storm track. You may remember the discussions last winter of polar vortex. It’s the same phenomena except it’s the summer.”

Elizabeth Warren, Still Not an Indian, Called Hypocrite for 'One Percenter Status"