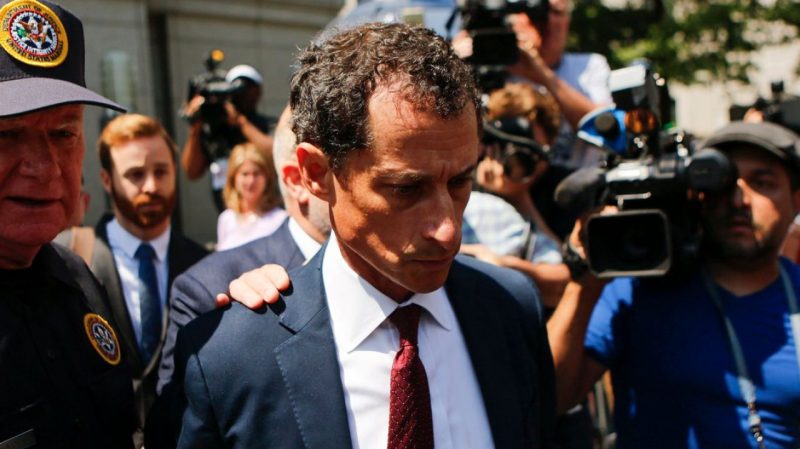 Anthony Weiner, a New York Democrat, was sentenced Monday to 21 months in prison, as he faces the most severe penalty yet in connection with the sexting scandal that drove him out of Congress.

The scandal not only derailed his political career, it also ruined his marriage and became an issue for Democratic nominee Hillary Clinton during the 2016 presidential race.

“This is a serious crime that deserves serious punishment.”

Weiner’s sexting habits became criminal when he had illicit contact with a 15-year-old girl using Skype and Snapchat. The lawmaker, 53, had pleaded guilty in May to sending sexually explicit texts to the girl across state lines. He agreed not to appeal any sentence between 21 and 27 months in prison.

“Weiner, a grown man, a father, and a former lawmaker, willfully and knowingly asked a 15-year-old girl to display her body and engage in sexually explicit conduct for him online. Such conduct warrants a meaningful sentence of incarceration.”

The prosecuted asked for the disgraced politician to be sentenced to 27 months.

Weiner had apologized in court to the teenage victim, blaming his own “destructive impulses.” He also was forced to register as a sex offender.

Stand For the National Anthem If Only For One Reason