For anyone who doesn’t know, I used to be a Democrat.

I joined the Democrat Party as a high school student mainly because of a cute boy whose father was a Texas State Representative.  Later when I was a struggling and politically ignorant young actress in Los Angeles I continued voting for all-things-Democrat (along with everyone else I knew).

So the question is, why?  I was a woman with considerable intelligence and a very strong work ethic—so what was it about the Democratic Party that seemed so appealing, so ‘attainable’ to me?

I think that is an extremely important question to ask as we near the elections and continue to see the seemingly blind Barack Obama supporters hanging on his every word.

Basically it all comes down to one thing:  Propaganda.  Really GREAT propaganda.

As a young Democrat, the media told me that America was a bully and that all war was unnecessary.  All I ever heard on the news was how pointless Viet Nam had been and that we had no reasons to continue building our war arsenals throughout the 1980’s.  They insinuated that if only the ‘big bad tyrants of the U.S.’ would stop building weapons maybe there would be peace on earth.

As a Democrat, I believed it.

The media also continuously reported that Republicans only represented the ‘rich elites’ while the Democrats were all about ‘The People”.   That’s certainly what the rich elites–Walter Cronkite, Dan Rather and Peter Jennings–kept telling me on the news.

As a Democrat in my 20’s, I certainly wasn’t a rich elite and the Democrats did seem to be more about The People.  I was working several jobs just to stay alive and I completely bought into the liberal premise that Republicans were rich, old people who had no clue what it was like to be young and struggling in America.

As a Democrat in my 30’s, I blissfully voted for Bill Clinton.  Twice.

However, after the Lewinsky scandal I was happy he got impeached and was disgusted when he didn’t step down.  And because of Al Gore’s inaction through it all, I remember standing in the voting booth that year and for the first time I couldn’t vote for a Democrat.

Despite my mom’s adoration for George Bush, I still couldn’t force myself to vote Republican, either.  My ‘trusted’ newscasters were telling me that Bush had problems with drugs and alcohol (and as a Democrat, it never occurred to me that NBC/ABC/CBS might not be telling me the truth…)  But after the Clinton circus, I didn’t want to discount potentially damaging personal problems ever again–proven or not.

So in a panic, I did what I believe many thousands of Americans did that year:  I voted for Ralph Nader.

After the election, I didn’t think it mattered who the president was…but all that changed when airplanes started flying into the Twin Towers and the Pentagon.

I watched, along with the entire world, as America was forever changed into something completely different than it had been the day before.

My first thought was that this was NOT A FAIR FIGHT.  How could we possibly battle the type of evil that would crash innocent people into non-military buildings?

I was afraid for America and had no idea how our new president would handle things–until I saw his ‘bullhorn speech’ on TV.

Like a field general—a father figure—when President Bush yelled ‘I can hear you. The rest of the world hears you. And the people who knocked these buildings down will hear all of us soon,” I felt safe.

No matter what flaws the media told me he had, I knew that George Bush was a President who would die trying to protect the United States of America.

And I also understood in that instant why a weak Democrat like Al Gore could never have been an effective president after September 11, 2001.

Gore had been too cowardly to even speak out against Bill Clinton’s lies and after 9/11 America needed a real man with backbone.  We needed a man who would unabashedly stand up for us and not only reassure Americans that we would be protected and safe but who would also send a definitive, unequivocal message to the rest of the world– whoever and wherever our enemies were–that bombing and threatening the United States would never be okay. 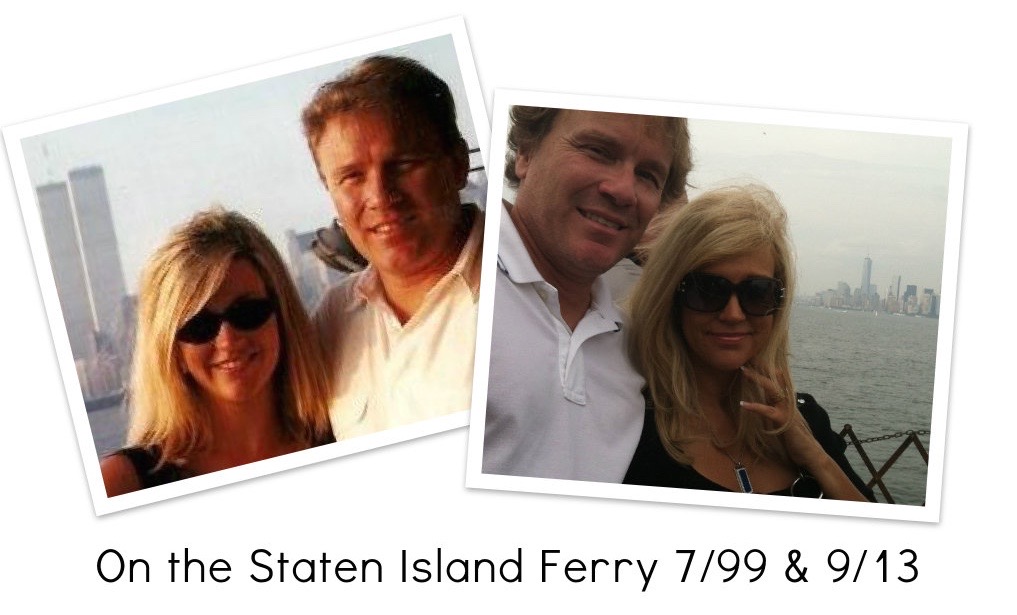 I became a Republican that day.  I literally called my local GOP office as soon as Bush’s speech was over, tears streaming, and told them I couldn’t be a Democrat anymore.

That little “gap” in my brain—the thing that separated “unicorn and rainbow wishes” with logic and reality, was suddenly bridged and everything finally made sense to me.

Since then, from that day forward, I consider myself a Conservative Reagan Republican.

I still understand why I was a Democrat on September 10, 2001.  I was an artist, a free spirit who believed there really could be ‘peace on earth’—but everything changed the following day.

Bottom line, there are enemies out there who hate us and want us to die.  They hate us in sneaky, terrifying ways never imagined by our Founders or any of the brave men who fought in World Wars I and II.

I guess it takes some people longer to see the light than others; it certainly did for me.  But the thing about the light is that once you’ve seen it, you’re a fool if you ignore it or try to pretend it away.  I’ll never be that person again.

When Tragedy Turns into Transformation: 5 Years After Benghazi

Why Won't Hillary Just Go Away?