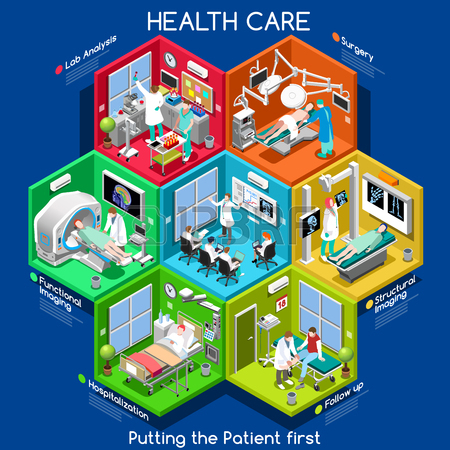 Like most of you, I had the misfortune of losing my health insurance due to Obamacare. After “shopping around” for a significant period of time, I opted for a PPO “bronze plan” with $240/month payments – no dental and no vision, as I had previously had with my employer. I am paying three times as much, receiving one third of the services. Thank God, I do not need them yet, but – one never knows…

Perhaps, there was good will at the start of this healthcare reform, but it is all built on empty promises and wishful thoughts. I have noticed some left-wing arguments on social media vociferously asserting that “more socialism” is needed in our country and that until we have a One Payer System, our Healthcare will not be satisfactory. Most of them probably do not understand that such a system means that all responsibility for your health is passed on to the government, which constitutes the Single Payer. In other words: you pay whether you want it or not and you get what the government deems you deserve, no more.

Single Payer System is the first step to socialist medicine. Its proponents argue that it is needed because of preventive care – in other words, people do not know how to take care of themselves, they overeat, smoke, use drugs… then end up in the hospital without healthcare. According to some estimates, there were 50mil people uninsured in 2009, out of whom 50% had personal income over $50,000 and could very well have afforded insurance. Hence, Obamacare consitutes the decision to force a standard plan insurance one-fits-all type on all of us. It is not the Single Payer System yet, but close enough.

We all know that prevention is better than cure and many diseases and even deaths can be prevented by better care: from washing hands to improved dietary habits. I grew up in socialism where there was a Single Payer System. A doctor came to school, children lined up, everyone received a shot in the shoulder, everyone had to take Fluoride pills distributed by the teacher, everyone had to go to the dentist’s office. My mother had told me once, “Don’t let them pull any teeth!” When the dentist was going to pull my tooth, I ran away, came home from school early – and was in trouble, of course. Visiting a dentist was counted as “school hours” so I was de facto absent from school without excuse. Moreover, I refused to have my tooth pulled. Who has ever heard of that? A “B” in morals was suggested. My mother had to visit with the Principal and apologize. “But there’s nothing wrong with my tooth,” I said, “it’s perfectly healthy!” Well, the government knew better. I saved my tooth – but was branded forever after as a “trouble-maker.”

When you are sick in a Single Payer System, you have one physician you must see: one for ENT, one internist, one podiatrist… I used to suffer from sore throats and flus a lot. We would go to the doctor’s office, wait for hours in a packed waiting room full of coughing and sneezing people, then a rough lady-doctor in a swivel chair with that funny mirror in the middle of the forehead would look at me: “say: AAHHH!” and then she would use one thin needle-like instrument wrapped in cotton, plunge it into some dark, sour liquid and shove it several times down my throat till I gagged. “Next one!” she’d call. Of course, once we began to bring wine and chocolates, we waited only for an hour, not three or four hours, but still. Bribes were necessary, because everyone was paid the same and had the same insurance and was to receive the same treatment. Did it help? Yes, but it was so unpleasant… I could not understand why they wouldn’t just sell that liquid and we could “treat” ourselves at home. Oh, well, that was a Single Payer System, not a Choose Yourself or Do It Yourself one. I will never forget the doctor and I will never forget the stares of other people in the waiting room when we received a “preferential treatment.” You see, it was unusual for a non-Party member like my mother to receive any “extra” treatment…

So people want more “socialism” in the United States? Maybe they should go to Cuba and try out their Single Payer System for a couple of months. Some HillBills and ClintBamas out there assume that more government will solve their problems – because, after all, they are bigger and have “resources.” More government leads to one thing only: more spending! More government is always less effective and costs more. The best healthcare is: private healthcare for serious diseases only (competition among private insurance companies), ordinary things (regular checkups) paid for from your own pocket, and good prevention (healthy lifestyle). Government preventive care is an oxymoron, because government never prevents anything – and rarely fixes something so that it works.

Next, hospitals charge too much, which triggers high insurance premiums and high co-pay. It is a vicious circle but so long as the average cost of appendectomy is $33,000 and giving birth is $10,000, how can insurance companies cope? Can the government? The next step would be to nationalize all healthcare and hospitals – a true socialist system. Compare that to small outpatient surgery centers that compete for major surgeries, such as liposuction or facelift for under $5,000.

Of course, a tort reform is needed. I have recently come up against a large LA hospital that called a small army of attorneys to the table and did not hesitate to pay their testifying experts $750/hr. – no questions; and, yes, no great answers either… Naturally, neither the lawyers nor the experts cared about time – after all, they were all paid by the insurance company! However, as the other sides works on contingency, the insurance company ultimately pays for litigation of both parties, provided that the plaintiff prevails. The insurance company cannot lose because no matter who wins, they pay – it may be a little less if the defense wins, but “Hey, who cares – we’ll raise the premiums!”

Ultimately, the quality of any “system” boils down to the quality of the individual. If you are made of marble, diamond, titanium, if your morals are strong and ethics supported by your faith, if you act conscientiously to yourself as well as others, society can rely on you – but, what is more, you can rely on yourself.  If not, you are just a stone anyone can kick around at their pleasure.

What Would John Adams Do?