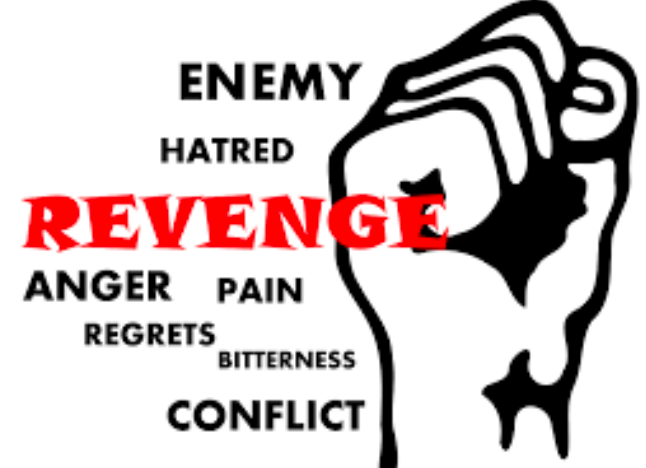 I was born in Kansas, but I was raised in Virginia. From the age of nine months through my mid-forties, I called the Norfolk, VA area my home. Born to a Military Father and a Medical Professional Mother, I was given a lot of love, attention, and an active support for my pursuit of knowledge. My parents taught me to respect people’s cultural diversity and made their own personal transformations along the way. I have counted people of diverse backgrounds, African-American, Asian, Caucasian, Hispanic, Native American, among others, as friends and collaborators throughout my life.

In my late teens and twenties, I played concerts and established friendships in Charlottesville, VA. Many an evening gave way to morning as I wailed the Blues into the Charlottesville night in living rooms and clubs. On August 13, 2017, I was playing the Blues again for Charlottesville at a show near Charlotte, NC. I sang with a sad and heavy heart while considering the recent violence in my home state of Virginia.

I was incredibly saddened and steamed over the recent violence and loss of life in Charlottesville. As always, I decided to do my own homework on what actually happened there. Currently, I find the fake platitudes of the politicians of Washington to be, for the most part, patently false. The comments and commentary by the archaic third estate media are as helpful as a dose of steroids to a nest of fire ants.

Here is a synopsis of the events that lead to the violence of August 12, 2017 in Charlottesville:

The Charlottesville City Council voted to remove a statue of Confederate War hero, Robert E. Lee. In March 2017, several lawsuits were filed against the Charlottesville City Council. The lawsuits stated that the removal of the statue would violate the terms established by the statues’ donor and would violate laws regarding war statues. The statue was originally erected in 1924.

A group protesting the removal of the statue gathered, carrying torches, in what was then known as Robert E. Lee Park, they were met by counter protestors. Maybe the torches were a bit much folks, but there was no major violence during this specific protest and only three arrests.

Charlottesville City Mayor Mike Signer, a Democrat, boastfully tweeted out the following statement: “The plaque before the Robert E. Lee statue celebrating ‘Lost Cause and Confederate Heroes’ is GONE, as of today.” This is an example of a public official pouring down metaphoric gasoline in order to start a real future fire.

Virginia Governor Terry McAuliffe, a Democrat, released a statement about planned security for the “Unite the Right” rally with alleged white nationalists, which had been planned in part to protest the removal of the statue. McAuliffe said participants had the right to exercise their freedom of speech, but that he found their views “abhorrent.” He urged demonstrators of every view point to make alternative plans. Another Virginia Democrat public official adding more metaphoric gasoline.

That evening, after the City of Charlottesville had lobbied for a change in venue due to the size of the event, a judge ruled that the event could take place as planned in newly named Emancipation Park.

The varying press reports have referred to these protestors as “White nationalists”. I disagree, in part. The overly used term “white nationalists” has replaced the term “deplorables.” Both terms are blanket indictments of people who embrace history, the Civil War preservationist, the citizen who is tired of government stepping in where they don’t belong. People that are irritated and tired of government playing arm chair historians.

Demonstrators begin gathering at least three and a half hours before the event is scheduled to start. By 10:30 a.m. violence started breaking out. Serious injuries occur, but none life threatening. By 11:35 a.m. law enforcement declare the rally in Emancipation Park to be an “unlawful assembly.” The Charlottesville Virginia Police Department is lead by Police Chief Al Thomas, a democrat, more metaphoric gasoline.

After violence pours out in the street, Governor McAuliffe declared a “state of emergency.”

President Trump tweets the following message, “We ALL must be united & condemn all that hate stands for. There is no place for this kind of violence in America. Let’s come together as one.”

A car plows into a crowd of people. One counter protestor, 32-year-old Heather Heyer, is killed and 19 others are taken to the hospital. Ms. Heyer, was protesting against racism. Her alleged murderer, James Alex Fields, Jr. was taken into custody and charged with second degree murder among other crimes later in the day. Mr. Fields has been described as a loner,a “Nazi” and as a person who may have driven his car in a panic to try to escape an attack. Who were the people attacking Mr. Fields and his car with baseball bats? There needs to be a real investigation into this incident.

Two policemen were killed when their helicopter crashed as they were responding to the day’s events. They were identified as Lt. H. Jay Cullen and Trooper-Pilot Berke M.M. Bates. Please remember them and honor their service.

We should discuss the additional background and the aftermath of the Charlottesville riot. First, allegedly, a member of the Alt-Left group, Antifa, saw that their members were outnumbered one hundred to one. Antifa, placed a call for additional participants. More members of Antifa showed up at the rally. Members of Black Lives Matter also showed up. So you have people that are protesting the removal of a Civil War Statue, members of Antifa, BLM, alleged white nationalists, and the KKK, among others, in one place? Than the metaphoric gasoline is lit.

Antifa, supposedly short for anti-fascist or Anti-Fascist Action, has a long and checkered history. Per recent reporting by the BBC reporter, Brenna Cammeron, their roots go back to Nazi Germany. They were founded in 1932 to provide a far-left ideology to counter the fast rising Nazi Party. They were disbanded in 1933 when Hitler took control of the German Parliament. They were resurrected in the 1980’s as a response to the fall of the Berlin Wall and a rise of neo-Nazi activity. In America, they have linked up with BLM and other anarchist groups. Their operating principle is to disrupt what they consider to be far-right ideology.

What possessed Charlottesville Mayor Mike Singer to tweet about the removal of the Robert E. Lee statue in such a petty and partisan manner? On a practical note, what did the removal of the statue accomplish? Why was the protest permit pulled at the 11th hour?

Who funded the protesters? Was it George Soros, as many have said?

Who provided some of the protestors with baseball bats?

Why did the legal group, Nexus Services, bail out every Antifa thug from the Charlottesville protests?

People of Virginia, people of Charlottesville, you should ask for the resignations of Governor Terry McAuliffe, Mayor Mike Singer and Charlottesville Police Chief, Al Thomas. They are incompetent and are serving only their own agenda. They do nothing for the people of their City or State. However, they do further the true racist tradition and history of the Democratic Party.

Democrat Party, Founders of the KKK

The founder of the KKK was reportedly Nathan Bedford Forest, a Confederate officer and a pledged delegate from Tennessee to the 1868 Democratic Convention. The longest serving Democrat Senator in American history was West Virginia Senator Robert C. Byrd, who also served as the Exalted Cyclops for his local chapter of the KKK. (To be fair, Senator Byrd later disavowed his involvement with the Klan, when it was no longer politically correct.)

The longest filibuster in the history of the United States Senate was from Democrat Senator Strom Thurmond, from South Carolina, who spoke for 24 hours and 18 minutes against the Civil Rights Act of 1957.

The Republican Party was formed, in part, to fight against the practice of slavery. To quote author Dinesh D’Souza, “Abraham Lincoln understood that slavery was a form of theft.”

No Republicans owned slaves during the Civil War.

Is today’s Democrat Party attempting to start another Civil War?

A historical footnote: As a young man, Adolf Hitler studied the history of Andrew Jackson while serving time in Landsberg prison. He directly applied Jackson’s practices when he enslaved and murdered a large portion of the Jewish population in Europe.

Germaine to the subject at hand, the Democrat Party was directly responsible for the start of the Civil War. Perhaps that is why modern day Democrats are so eager to remove all symbols of the Civil War. As if this form of negativity is an affirmation of some new reality.

How delusional they are. You can remove a Confederate flag and you can remove, vandalize, or destroy a Civil War era statue, but you cannot remove the history behind those artifacts. The anarchists rioting on the streets today are no better than the members of ISIS. When ISIS invades a province or town, they destroy all the museums and statues. To paraphrase an old saying, if you fail to examine history in it’s entirety, you are doomed to repeat it. Should we destroy all statues or flags or monuments because they represent a portion of history that offends us? The short answer is no. The long answer is to consider establishing more museums that represent all facets of history.

Today, in our living history, it is time for American citizens to realize that we have a common enemy with the actions and inactions of both political parties. We are being divided as a people by the incompetence, avarice, and greed of both political parties. It is time for a long breath of reason. No one has a monopoly on hatred. We all have the capacity to love and act positively on that love. We are all equal in the eyes of God.

Daniel Greenfield: Virtue and the Moral Fall of Civilization

Mainstream Conservative Groups Alarmed to be Found on ‘Hate Map’