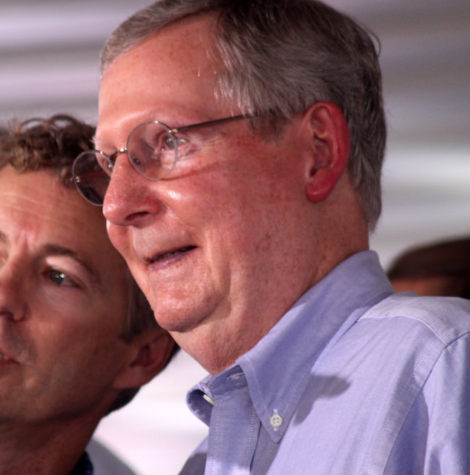 Senate Majority Leader Mitch McConnell (R-Ky.) has an 18 percent job approval rating in Kentucky, according to a new survey.

A Public Policy Polling survey found just 18 percent of respondents approve of the job McConnell is doing, compared with 74 percent who disapprove.

If McConnell were up for reelection today, 37 percent of respondents said they would vote for the Kentucky Republican. Another 44 percent would instead choose a Democratic opponent, according to the survey.

An additional 19 percent said they were unsure.

McConnell’s seat will be on the ballot next in 2020.

Earlier this month, President Trump took aim at McConnell after the Kentucky Republican vented about the president’s “excessive expectations” for his agenda.

Trump questioned why McConnell had not yet been able to pass a new healthcare plan and Trump’s top spokeswoman said there is “some frustration” with the Senate leader.

Daniel Greenfield: The Invasion of Canada

Violent Antifa Protester Says Violence Against Right 'Not a Crime'