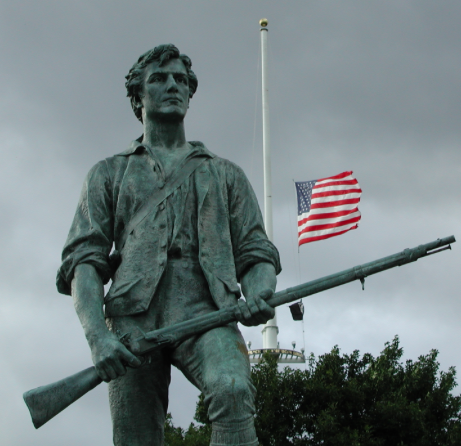 Recently I participated in a Facebook thread relating to the Second Amendment. One of the other participants argued that those who defend the amendment would very likely achieve their desire for national constitutional carry legislation if they would just give a little to the other side by agreeing to…wait for it…registration and licensing! His position was one that posits that other “rights” had restrictions and it was unreasonable to expect none regarding firearms ownership. After myriad arguments among the extensive comments in the thread, we really did not reach any consensus primarily because one individual – guess who – dug in the heals and diverted the argument all over the place.

It was, however, a perfect example of how we should not deal with such arguments. I have no doubt of that person’s sincerity, but I do not believe he ever had a truly clear explanation of the differences between the various amendments and how they have been improperly curtailed by legislative over-reach mostly in the past 100 years or so.

My hope is that this information can be used to successfully sway minds on the subject and bring to the forefront the extent to which modern-day government has abused its authority by attempting to limit rights of private citizens. So, taking it from the top is the logical place to start.

A right cannot legitimately be restricted by anyone or any entity. That is not to say that multitudes of times the federal and state governments have not done so despite the fact they have no right to do it. It happens through apathetic citizens.

Whether it is the 1st, 2nd, or any other Amendment, the amendments are clearly written and easily understood unless one wishes to “interpret” them in a manner that is not supported by the historical context. The federalist papers cover the original constitution itself. The Bill of Rights is not as clearly described in a lot of documents, but they were all enacted out of a fear of government overreach. That much is clear. It is also axiomatic that government never gives up power that it has and has a strong tendency to increase its power and intrusiveness over time (Power corrupts and absolute power corrupts absolutely).

Given these facts which can easily be confirmed, the subject of the original thread was aimed squarely at the 2nd Amendment.

One must first examine the word in the second that is the lynchpin of the amendment, “Infringed.” Definition: contravened, violated, transgressed, broken, breached.

The right of the people to keep and bear arms shall not be violated, breached, or “infringed.” It does not provide for any exceptions or limitations, it describes it as a right. Something that is possessed by all and that the exercise thereof does not violate the rights of any other person. My owning an unregistered, non-government approved, firearm does not infringe on anyone else’s rights. It is the act of using such a device that MAY cause such an infringement and therefore that action could be or should be declared illegal. Absent an overt action that violates another’s right, there is no justification for any interference in the original right by the government or anyone else.

The PRIMARY purpose of the 2nd amendment was to provide for the maintenance of a “free state.” (personal freedom). The fear was that of government tyranny. Why, then, would anyone think it was a good idea to allow the government to know where every firearm in the country was located? Why would that not be considered an infringement upon the original right if it makes it easier for the government to further restrict that right in the future including completely denying that right to specific individuals or the all private individuals? This defies LOGIC.

To use the time-worn example, as he did, of someone being denied the right to yell “FIRE” in a public place when no fire exists is misdirected. Doing such a thing is one of those things that is dangerous on its face – by the act of doing it. What is interesting is that such an act is still illegal, but the SCOTUS several decades ago, abolished the crime of inciting to riot as a violation of free speech.

The possession of a firearm for whatever reason someone chooses to own it is not the same thing as yelling “fire” in a crowded room. Ownership of it does nothing to any other person. If one misuses it for criminal purposes, then punish them harshly. If not, it is not the government’s right to know what I have or what I want it for.

So often, those who lean to the middle or left – this individual protested such accusations that he supports a leftist view by claiming libertarian tendencies. He was simply seeking compromise to get the existing issues resolved. Is this not the argument most often used by what I call the “mealy-mouthed compromisers of principles” who seek emphasis on “getting along” rather than emphasis on constitutional principles on which our country was founded and prospered until lately.

All of those are still being touted by those who do not know history. Use history to defeat every one of them. The important portions of the 2nd Amendment are “necessary to a free state,” “right of citizen”, and “…shall not be infringed.” It is about nothing more than protecting the citizens from the government. Why or how an individual chooses to use a firearm matters not unless the use infringes on someone else’s right to the quiet enjoyment of his/her life in these United States of America.

As I said, if that threshold is reached, then (as the old saying goes) “stick it in and break it off.” He deserves what he gets.