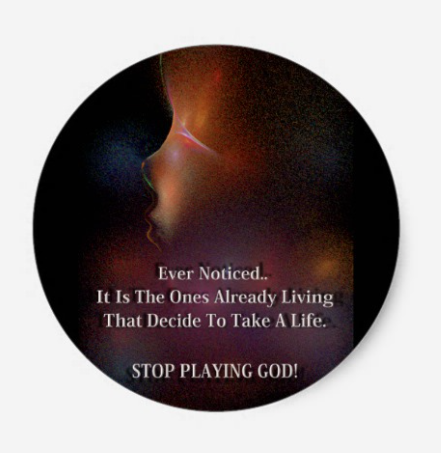 The art of philosophical thinking sinks to great depths to satisfy people’s unsatiated desire to validate abortion. Constantly searching for a deeper meaning to man’s actions and twisting ideas to endorse the killing of unborn children, a Princeton Philosophy professor’s reasoning for early term abortion somewhat harkens back to the days of Greco-Roman Infanticide.

Early philosophers, such as Aristotle, had opinions on killing children, especially for [infants] “that are deformed”, as he stated in Politics VII. The ancient Greeks and Romans had zero problems with disposing of children whom they deemed to not have a ‘future’. Those who were weak, had signs of physical or mental handicaps at birth or weren’t to their parent’s gender preference were “left to die by exposure”. Either a parent (usually a father) or someone of authority would make the decision to keep or “expose” the child based on their opinion.

Princeton University professor Elizabeth Harman shared her reasoning for why early-term abortions are acceptable. In a recent YouTube series called “Philosophy Time” Harman explains to hosts James Franco and Eliot Michaelson, “If a fetus hadn’t ever been conscious, it hasn’t ever had any experiences, and we aborted it at that stage, actually nothing morally bad happens.” She continues to support her views by saying there are “two very different kinds of beings”. Those with “moral status” and those “without moral status”.

Harman basically believes those who survive through gestation and birth, have moral status. Those who have been aborted or die during gestation, those who “don’t have a future as a person”, have no moral status. James Franco responds with the obvious observation that an aborted child has no chance of ever becoming a person. In such an elementary way, succeeding to nullify Harman’s argument.

This exchange becomes increasingly cringeworthy with Harman’s third attempt at explaining her thesis. Trying to enlighten viewers of her twisted “moral status” theory causes one to believe Professor Harman has no real concept of life or the fact philosophy is not the only lens in which to view life.

One is able to better see Professor Harman’s view on life, not only for unborn children but for those who struggle with depression or other hurdles in life, sometimes resulting in a desire to commit suicide.

This view is exemplified in Harman’s Critical Study of David Benatar’s book, Better Never To Have Been: The Harm of Coming into Existence. The study outlines Benatar’s reasons for and against bringing people into the world and his claims of a “good and bad” life drawing at least one conclusion “that all lives are very bad, and not worth having”. Through Harman’s Critical Study, she concludes her analysis of Benatar’s writing, by mentioning suicide. In considering a viewpoint of Benatar, Harman concludes in some cases “what is best for ourselves” is that “we would be better off to kill ourselves”.

Viewpoints such as these are protected by the First Amendment, but they are a dangerous part of university culture, which are polluting and degrading society. The topic of abortion, when supported by this type of convoluted reasoning, creates an illusion that pregnancy and the creation of a child is only a function. A means to an end. When something as magnificent as life is vulgarized to the point of immoral it is beyond comprehension.

When killings occur in such high numbers each week, it’s not a gun problem but a heart problem. When teenagers are bullied and harassed on social media and in schools by others through demeaning comments perpetuating the lie that life is bad, created by people like Benatar and Harman, it isn’t a social media problem it is a heart problem. When people blessed with the ability to procreate believe they are God and are allowed to determine whether the child they are carrying has “moral status” or not, thus deciding to kill their child it is murder and a deep seeded spiritual problem.

The battle for our unborn children shouldn’t only be fought on the sidewalks in front of abortion clinics any longer. This fight must be taken to our universities where college students are being programmed to believe their feelings are supreme. Indoctrination of this ludicrous type of philosophy has to be fought. We cannot allow future generations to be horrified by the actions of the ancients Greeks and Romans of their killing new born children, yet never realizing supporting abortion is just as horrific.