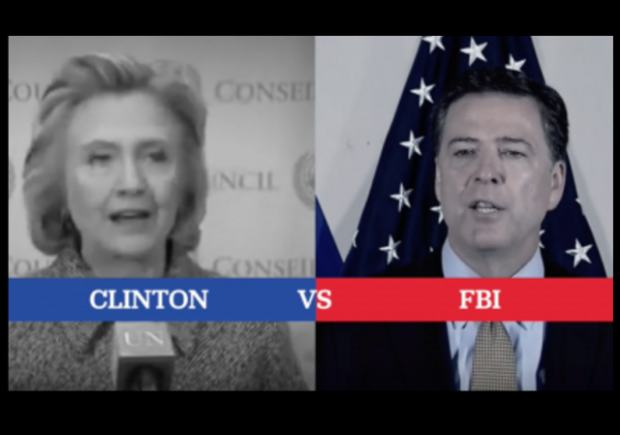 Late in the last election cycle, the man who would eventually become the next President of the United States, Donald Trump, famously expressed concern that the system might be somehow “rigged”. He didn’t make any specific accusations, he didn’t speak about it at length, and he didn’t do anything else to indicate that his words were more than mere honest conveyances of his thoughts at the time (without the careful vetting according to opinion polls that usually occurs with politicians).

Nevertheless, the media seized on it, proclaiming that he was questioning the integrity of the American election process and wondering whether his supporters would peacefully “accept” the outcome if he lost. It is a point of singular irony in the history of American politics that not only did Donald Trump win (contrary to all expectations), but no sooner had the ballots been counted than his opponent, Hillary Clinton, became the one to complain that the process had not been fair and gave all manner of reasons – ranging from Russia to FBI directors – why she had falsely lost.

And, yes, since the election, there has been violence from some Hillary supporters against those backing Trump.

Now, in the first year of the new administration, Clinton has been more shrill and conspiratorial than anyone could ever have feared from Trump. For her electoral loss, everything is to blame – except her. James Comey’s letter of October 28, 2016, in which he stated that the FBI investigation into Clinton’s potentially illegal activities during her time as Secretary of State, has been blamed keeping her out of the White House. The infamous whistle blowing website, Wikileaks, is also responsible according to her. Clinton has even trumpeted the tired old line about Russia and their nondescript “interference” in our election, which must surely have somehow resulted in Trump’s victory.

Even Hillary’s own Democratic Party – the one that is known to have engaged in underhanded and unethical bias against her primary opponent while she sought the nomination, unfairly handing her the nod – has had enough. Chuck Schumer, the Senate minority leader, addressed the matter directly with unflattering words for Clinton, saying: “When you lose to somebody who has 40 percent popularity, you don’t blame other things – Comey, Russia – you blame yourself,” Schumer told the Washington Post. “So what did we do wrong? People didn’t know what we stood for, just that we were against Trump. And still believe that.”

But there’s failure on the side of the Republicans, too. Presently, Republicans have the Presidential seat and a majority in both houses of Congress. In the Senate, the republicans can crow of 51 republicans to 47 Democrats. In the house, the Republicans have a majority 238 compared to Democrats 191. Despite controlling both the House and Senate, along with the White House, they seem too timid too fearful to push through any meaningful legislation, including “repeal and replace” Obamacare. They have the power to soundly trounce any Democratic opposition if only they could remain united, but instead they wring their hands nervously, worrying about the electoral consequences in 2018 if they do anything too conservative.

Yet the times call for boldness. Not only is the enemy on the run, their defeated champion embarrassing them with fairy tales about why she lost, but the American people expect them to act. They gave them full control of government, with a maverick President willing to make tough choices. In short, the Republicans have been handed a mandate, and they are too cowardly to obey it. What good are politicians who, upon gaining power, do nothing but sit around worrying about losing it?

It’s time for the Republicans to act like Republicans, and take advantage of favorable times while they last. Otherwise, they will indeed lose what the American people have given them, and not through any action they’ve taken. They’ll have lost it entirely through inaction.

It's a Bird, It's a Plane, No, It's Someone to Save the American Way!