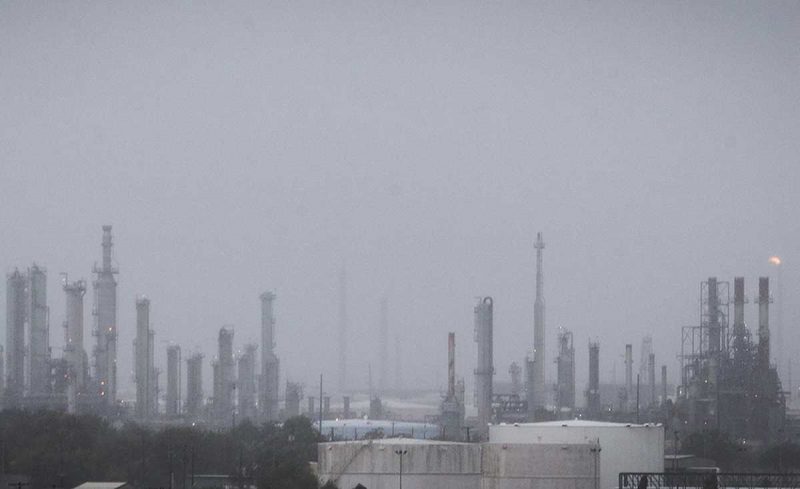 Get out your wallets.

Hurricane Harvey is expected to have an impact at the gas pump.

Many oil and gas refineries on the Gulf Coast were forced to shut down due to the powerful storm. Now, gas prices are expected to rise nationwide because of these temporary closings and evacuations.

“As of Friday, the U.S. Bureau of Safety and Environmental Enforcement said workers had been removed from 86 of the 737 manned platforms used to pump oil and gas from beneath the Gulf.

The agency estimated that platforms accounting for about 22 percent of oil production and 23 percent of natural gas output in the Gulf had been shut down.

Exxon Mobil closed two of its platforms and was evacuating all personnel in the expected path of the storm, said spokeswoman Suann Guthrie. Shell halted operations on a big floating oil-production platform, and Anadarko evacuated workers and shut down four facilities in the western Gulf while continuing to operate those east of the storm’s predicted path.

On shore, ConcoPhillips stopped all operations in the Eagle Ford shale formation, which lies across a swath of South Texas inland from the Gulf. A company spokeswoman cited safety and potential disruptions in getting oil and gas from the wells to market during the storm.”

How soon refineries will reopen is based upon the severity of flooding and how quickly power can be restored to these areas. While it’s too soon to tell, experts believe gas prices will increase between 5 and 25 cents per gallon.

Spikes in prices at the pump are typical immediately following these types of storms in the Gulf Coast. However, the increase usually doesn’t last very long and they tend to level out within a few weeks.

Hurricane Harvey hit the Texas Gulf Coast on Friday night as a category four hurricane. While it has been downgraded to a tropical storm, it is a slow-moving storm that has already dropped as much as two feet of rain in the Houston area.

Latest Movement: Trying to Erase The Past