Let me Google that for you.

James Damore is an FIDE chess master who studied at Princeton, MIT and Harvard. He had been working as a software engineer at Google for four years.

Danielle Brown is the new Vice President of Diversity at Google. She has an MBA from the University of Michigan and campaigned for Hillary.

She had been working at Google for a few weeks. 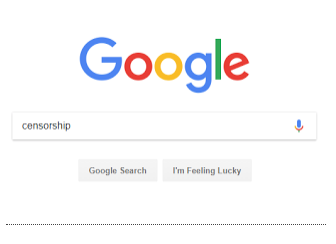 James Damore wrote a memo suggesting that Google should pursue ideological diversity, end discriminatory efforts to achieve identity politics diversity and be honest about gender differences. Danielle responded by denouncing his paper. “It’s not a viewpoint that I or this company endorses, promotes or encourages.”

Google has spent hundreds of millions on diversity. It has put thousands of employees through implicit bias training. Leftists at Google are encouraged to accuse each other of hidden biases.

Brown and Google CEO Sundar Pichai made some vague noises about free speech. And fired Damore.

“This has been a very difficult time.” That’s how Pichai began his letter to Google employees. Some might have thought that he was about to discuss a massive data breach, not an employee writing something that he disagreed with.

It was a difficult time because leftists at Google had to confront the horror of an original thinker in their ranks. Some were so traumatized by his intrusion into their safe space that they threatened to quit.

And so Damore was fired for “advancing harmful gender stereotypes”. What were these stereotypes?

Google could have disagreed with him. And left it at that. Instead it was, “Off with his head.”

Pichai claimed that some Google employees were “hurting”. Social media accounts were full of bizarre claims that leftist employees were “afraid” to come to work. But the only actual casualty was Damore.

It’s never the oppressed leftists crying to friendly media outlets who suffer. Only their targets.

James Damore is what most people think of when they imagine a Google employee. A brilliant original thinker with interests spread across the scientific and technological spectrum. But Danielle Brown is what Google actually is: a Hillary Clinton supporter who handled diversity at Intel and Google.

Google is a search engine monopoly that makes its money from search ads. It began with a revolutionary idea from young engineers much like Damore. Then the engineers became billionaires. And the company that began in a garage hired a Vice President of Diversity to get rid of the brilliant young engineers.

The idea that made Google some twenty years ago was PageRank. It was ahead of its time in utilizing social technology to rate the relevance of a page. The idea has since been cannibalized as Google’s search algorithm favors its own products. And increasingly it also favors its own political views.

As the company swings left, it isn’t interested in the “wisdom of crowds”, only in its own agenda.

Google has embedded partisan attacks on conservatives into its search and news territories under the guise of “fact checks”. It has fundamentally shifted results for terms such as “Jihad” to reflect Islamist propaganda rather than the work of counterterrorism researchers such as Robert Spencer. And it wasn’t the first time. Google had been previously accused of manipulating search results during Brexit.

Censorship has long been a problem on YouTube. And it will now officially be caging “controversial” videos using a method developed by Jigsaw. Formerly Google Ideas, Jigsaw is Google’s left-wing incubator developing social justice tech. 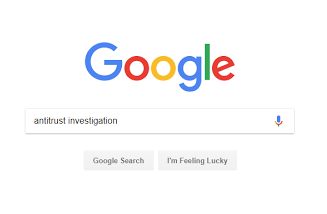 The Southern Poverty Law Center guided Google’s censorship of Islamic search results. But there’s no reason to think that it will stop there until Google has completely cannibalized PageRank and replaced it with ProgRank in which search results will be dominated by left-wing sites in one category after another. First Autocomplete results and then actual search results will be censored and suppressed.

Internally, Google is a toxic environment where conservatives are threatened, blacklisted and even physically assaulted. Damore’s case went public. Countless other conservatives were forced out of Google and blacklisted by left-wing activists without their cases ever receiving public attention.

Once upon a time, James Damore would have represented what was best about Google. But Google doesn’t need brilliant minds. It needs to find more ways to squeeze ad dollars out of its monopoly. The pretense that it’s a hub of innovation is the meaningless default brand for a Bay Area tech company.

Damore was working on Google’s search infrastructure. And there’s little doubt that he was wasted there. Google’s search has grown more useless even as the company’s search revenues have grown. Google’s goal is to streamline and shape search results for a mobile environment by giving users what it thinks they want rather than what they are actually searching for. Google isn’t just politically left-wing, its product mindset has become all about forcing users to do what it thinks they should be doing.

Google’s efforts to get a foothold in social media have repeatedly failed because of this mindset.

Damore, like so many of us, wasn’t thinking the way that Google thought he should be thinking. And so it dealt with the problem by getting rid of him. When users search for results that Google doesn’t like, it guides them to what it thinks they should be looking for. If they persist, then the results vanish. If they upload videos it doesn’t like, they get censored. That’s the totalitarian left-wing Google model in action.

Google is approaching the ecological dead end of its technological niche. There’s not much else to do except make fringe investments that are little more than disguised advertising and build more free apps to feed into its own ad business while driving traffic to them through its search and Android leverage.

If the business model ever fails or the government takes a closer look at its abuses, then it’s all over.

Meanwhile its Google.org philanthropy can fund pro-crime and anti-police causes. Google Ideas, now known as Jigsaw, can try to get involved in the Syrian Civil War. And the herd of leftists it hired can police internal messaging by spamming angry social justice memes and waiting for an actual engineer to contradict them. That’s what happened to James Damore. It’s happened to plenty of others before him.

When Google fired Damore, it sent a very clear message. The message wasn’t tolerance, but intolerance.

It said that its Vice President of Diversity knows more about biology than a researcher who received his biology degree in the top 3% of his class. It announced that there is no room for original thinking, heterodoxy or genius at Google. And it went even without saying, no room for anyone to the right.

“Viewpoint diversity is arguably the most important type of diversity,” James Damore had argued.

But that’s not what the left means by diversity. At Google and everywhere else it means a plurality of people from different backgrounds, races, genders and sexual identities who agree with us.

It’s an artificial consensus that displaces the old democratic values of individualism and freedom. Instead it imposes a system of safe spaces that treat any dissent as an act of violence against the oppressed.

The Race to Save Pennsylvania