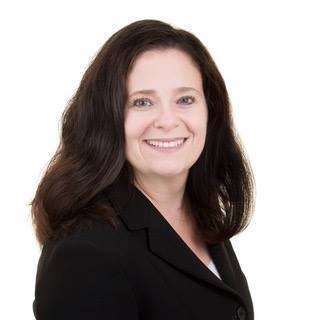 “I am the candidate with the proven track record for fighting crime
instead of coddling criminals.” – Beth Grossman

Grossman served for over 21 years as an Assistant District Attorney in the Philadelphia District Attorney’s Office. She has tried almost every kind of case and served in every division in the office. For eight years, she headed up a unit that dealt with public nuisance and quality of life issues in neighborhoods all over Philadelphia. During that time, she attended hundreds of community meetings all over the city, meeting and listening to residents about problems in their neighborhoods and figuring out ways to address these issues.

Grossman is also proud of the fact that she is not endorsed by Philadelphia’s Mayor. A Mayor who imposed the soda tax upon residents of Philadelphia, which has harmed small businesses and caused hardworking Philadelphians their jobs. A Mayor who oversees a city which has had a steady increase in homicides since he took office. A Mayor who has endorsed her opponent who has never prosecuted a criminal case – but has eagerly made his money on the other side.

Grossman claims that she is first and foremost a Philadelphian who loves the city and its people.  She says: “That’s why I am committed to putting public safety over petty, partisan politics. Crime doesn’t care about party labels or political pandering. And neither do I.”

Here is our EXCLUSIVE PolitiChicks interview with her:

PC: What inspired you to run for District Attorney of Philadelphia?

BG: I served in the Philadelphia District Attorney’s Office for 21 ½ years. I loved being a prosecutor and, being a 4th generation Philadelphian, I wanted to serve my city. This was my first job out of law school and I was hired by Lynne Abraham, the first female District Attorney of Philadelphia. I have tried almost every type of criminal case and it is an important responsibility to be a champion for victims of crime.

I left the District Attorney’s Office is April 2015, because I did not like how Seth Williams, the then-District Attorney, was operating the office. I became the Chief of Staff for the Department of Licenses and Inspections, Philadelphia’s building department. In April 2016, upon hearing rumors of District Attorney Williams being investigated by the FBI, I began considering a run as the Republican candidate for District Attorney. (In July 2017, Seth Williams pleaded guilty to one federal count of corruption and is currently incarcerated awaiting sentencing.) I also decided to run in order to restore political balance to Philadelphia. Philadelphia has had one-party rule, Democratic party rule, for over 60 years. This has created a politically unhealthy imbalance. This leads to complacency, which in turn leads to corruption. Since 2013, over 12 judges, a half-dozen state representatives, a U.S. Congressman, Pennsylvania’s Attorney General and Philadelphia’s District Attorney have all been convicted or pleaded guilty to various public corruption charges. All are Democrats. Enough is enough and Philadelphia deserves better. In light of this, my experience, and my desire to restore integrity to the position of District Attorney, I formally announced my candidacy in January 2017.

PC: What professional and personal experiences have you had that you believe will be an asset to this particular position?

BG: My 21 ½ years as a prosecutor makes me the right candidate for the job. I have a decade’s worth of management experience. I led one unit in the District Attorney’s Office working with communities to address quality of life and public nuisance issues all over the city. I know our neighborhoods; I have excellent working relationships with all city agencies, including the Philadelphia Police Department and other law enforcement departments.

My extensive prosecutorial experience includes: Assigned to handle civil and criminal defense cases. Assist attorneys with research, trial preparation and legal writing. Responsible for the implementation and oversight of high-level projects and initiatives addressing performance management, technological improvements and customer service.Oversaw the implementation of demolition contractor license legislation and requirements. Oversaw training of new inspectors in order to improve inspections and responses to public safety issues. Developed and maintained strong contacts and working relationships with staff, city agencies and officials, construction industry and community groups and stakeholders. Investigated and responded to complaints from the public.

My opponent, whom George Soros has thrown over 1.4 million dollars into his primary campaign, has never prosecuted a single case. He has spent 30 years a criminal defense attorney and has sued the Philadelphia Police Department and the city itself numerous times. He is promoting a far-left agenda whereby he views those accused of crime as the victims.

PC: What is your strategy for defeating your Soros-backed opponent?

BG: My strategy is a heavy digital media based campaign that will focus on certain voting wards throughout the city. The message my team is promoting is that this election must be about public safety over politics. Philadelphia is a Democratic city but I am asking all Democrats and Independent voters to vote for me as I am the best candidate to become Philadelphia’s next District Attorney. Crime doesn’t care to which political party you belong; nor do I. Experience matters. A grand George Soros-backed social experiment cannot be conducted at the cost of public safety.

PC: What important issues do you want to address for city of Philadelphia as District Attorney?

Also, Philadelphia is in the midst of an enormous heroin-opioid crisis. Drug addiction and overdoses are growing day by day. This is no longer a criminal justice issue – it is a public health crisis. All criminal justice partners have to work together to assist those who need treatment – not arrest. However, if elected District Attorney, I will seek to investigate and prosecute drug trafficking organizations who deal heroin and “pill mills” run by doctors who write illegal prescriptions, both which have led to this crisis

PC: What else would you like our readers to know about you?

BG: My dad passed away when I was twelve years old and my mom raised me by herself. She raised me to believe that I can do anything to which I set my mind, to treat everyone with respect and to remember to laugh at yourself when the occasion calls for it. She is my hero.

I am an avid animal lover, love to travel and have done stand-up comedy before – I love it! I am also extremely grateful to all those who serve our country – so I am sneaking in a thank you to our armed service members here.

If anyone wishes to learn more about me or contribute to Beth Grossman’s campaign, please visit here: Friends of Beth Grossman

Logic vs. Facts – Arguments over the 2nd Amendment