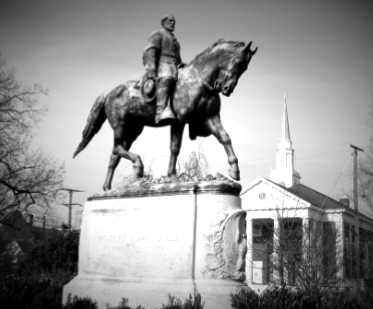 Last weekend, Americans were reminded of their dark underbelly. At a rally to protest the removal of a Confederate monument, violence broke out between supporters of the monument and those in favor of taking it down. Things got ugly fast. Three people are dead and countless numbers were injured. All weekend long, the mainstream media tripped over themselves making sure that all of America knew that this was violence carried out by Nazis and Klansmen that attended the rally.

We can start out by saying that no rational American condones the views of the Nazi Party and the KKK. We want all Americans treated fairly, judged as Dr. King said, by the content of their character not the color of their skin. But one of the most beautiful things about America is the First Amendment. The First Amendment protects the right of all to say what they think, no matter how repugnant it might be. The people who espouse the views of these hate groups enjoy this right just as the rest of us. But questions are emerging as more of the facts of what happened on Saturday come to light.

While it is obvious that the presence of white supremacists did nothing to help a volatile situation, let’s go back to the original intent of this gathering. The group that secured a legal permit to gather was simply protesting the removal of a monument. This gathering was billed as, “Unite the Right”, and was organized by Jason Kessler, a member of the “alt-right”, an offshoot of conservatism. As far as anyone can tell, this term is an attempt at a watering down of Nazi-ism and white supremacy and mainstream conservatives do not condone it. But what if we ask the average man-on-the-street conservative just how familiar he is with this term and this group of people? Perhaps not very. While no one wants to be associated with groups such as this, might a slogan like, “Unite the Right” bring out normal average Americans who support mainstream conservative ideas? For the last eight years, white Americans have been called “racist” every five minutes for something. They have been told day in and day out that it is they who are the problem with America, when all most of them are trying to do is live their lives. Again, white supremacists are not the way to express it, but can you push any group of people indefinitely before they begin to push back? We know that the media lives and dies by the mantra of, “if it bleeds it leads”, that would certainly apply to white supremacists. But what if there were others there who do not espouse those views? We will never know unless they come forward.

By all accounts, this rally was peaceful until the counter protesters showed up. Then it was all about standard extreme Left operating procedure. The sight of counter protesters no doubt amped up the Nazis and the Klan. In a Los Angeles Times article by Matt Pearce, accounts from reporters and bloggers on either side of the political spectrum say the same thing:

“Police then pushed the white supremacists out of Emancipation Park, and closed the park…Unable to continue rallying in the park, the white supremacists took to the streets, where they were quickly followed and confronted by anti-racists. Several more extremely violent fights took place, with police looking on from their nearby substation.” – Unicorn Riot (a left leaning website that covers protests.)

Do we know whether or not the white supremacists threw the first punch? If so, by all means hold them accountable, if not are they not entitled to defend themselves? There are also looming questions emerging about the Mayor and the police. Many accounts have spoken of the police being told to stand down, and standing by while the violence broke out:

“Counter-protesters fought back, also swinging sticks, punching and spraying chemicals. Others threw balloons filled with paint or ink at the white nationalists. Everywhere, it seemed violence was exploding. The police did not move to break up the fights.”- Washington Post Reporter Joe Heim

If such an order was given, who gave it and why? It is a common belief among conservatives that the counter protesters were a rent-a-mob, bought and paid for, by whom? There have been advertisements for “actors and others needed in Charlottesville” all over the web. Who took out the ads?

Many people, politicians, clergy, and others keep saying that America needs to have real conversation about race. They might be right, but not in the way they think. Most Americans are proud of our uniquely American culture. It is made up of so many different aspects of so many different cultures of the people who came here. We celebrate Black History Month, those extraordinary Americans who fought, and in some cases died to make equality a reality for Black Americans. We celebrate Hispanic culture, and all of the many great things it has contributed to American culture. We celebrate Asian culture. So many of Asian descent came to this country in the 19th century and helped to make America what it is today. But when white Americans want to express pride in who they are, outside of St. Patrick’s Day and an occasional Italian, German, or other similar day here and there, pride for White people becomes equated with hate. Why? Why in order to be proud of who they are, is it assumed that white people automatically hate everyone else? It is a question whose time has come to be asked. No one in the media, even conservative media is willing to ask it. It will be asked here.

Will there be more of this? Yes there will. Can points be made by people who feel that their history is being erased, that multiculturalism does not include them do so without the presence of hate groups? They must find a way to do so if they are to have any credibility. We know that the media lies about almost everything. Why are we taking everything they say about this event at face value? Ask the questions no one else will.

North Korea and Iran: The Nuclear Outcome of Strategic Patience