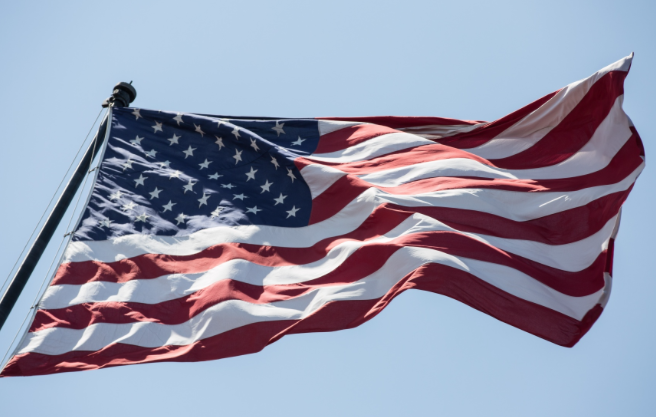 We must rediscover the bonds of love and loyalty that brings us together as Americans. Racism is evil, and those who cause violence, in its name, are criminals and thugs, including the KKK, Neo-Nazis, White Supremacists, and any other hate groups that are repugnant to everything we hold dear as Americans. We are a nation founded on the truth, that all of us are created equal. We are equal in the eyes of our Creator. We are equal under the law. And we are equal under our Constitution…America has always, responded to hate with love, division with unity, and violence with justice and resolve.

Those are not my words, they are the words of our President of the United States, Donald Trump on August 14, repeating the same message that he gave the week prior; both, done in public and at news conferences. I left the quotation marks off on purpose so I could be sure that those who spew falsehoods about our President, can now not say, they didn’t hear his words, nor understand where he stands on this issue. I, for one, know without any doubt that our President is not a racist and is on the opposite side of anyone wanting to divide this nation, even though, the forces against him seem to thrive on it.

From the very first time the “progressive” left started their Saul Alynsky tactic of repeating a lie often enough that the public will begin to believe it, by lying about him saying all Mexicans are rapists and murderers, I found myself in three different articles spelling out the exact quotes of our President’s words and clearly proving otherwise. Yet, each time the arrogant left ignores the truth and continues to spew the lie again and again. The “useful idiots,” as Saul Alynsky called the average citizens, are manipulated. In fact it seems that any conservative thoughts in writing or truth given in live news get skimmed over and not even recognized when solutions and/or mediation suggestions are uttered; just as in my last article, for some it seems that it was of value only to dig for the negatives to report about, and not the positive solutions given within it, which is just a form of bigotry in itself created by the progressive mindset.

So as a positive exercise let’s not speak in generalities in defining meaning but get into some specifics. Marriam-Webster says that TERRORISM is a systematic use of the state of fear, and using violent or destructive acts. That’s not a good thing, is it? So hopefully ALL AMERICAN CITIZENS can agree that this is not good and we need to condemn and try and defeat and bring to justice those who do this. This should mean the opposite of terrorism is our path, right? Blessed are the PEACE MAKERS, those who bolster, encourage, convince, console, inspire, alleviate, and to mollify or mitigate with our actions.

Here is another one, this time putting three together. A PROTEST is a solemn declaration of opinion and usually of dissent. Being PEACEFUL is being untroubled by conflict, agitation, or commotion, and to ASSEMBLE is to bring together (as in a particular place or for a particular purpose). Now, these sound perfect, and again, I am sure ALL AMERICAN CITIZENS would agree that these are good things, unfortunately, we are seeing the opposites from the left. RIOT: public violence, tumult, disorder of the public peace; HATEFUL: arousing hate; and SCATTER: to cause to separate or vanish. These opposites are very different, and one would even say, a wrong way to accomplish “equality,” “unity,” or “justice,” as our President has mentioned very well. We might even use terms to describe the “peace makers” as those who truly understand E Pluribus Unum, One Nation Under God, The Melting Pot, and United States of America; would you not? One thing for sure that ALL AMERICAN CITIZENS should agree with is the validity of truth when our Bill of Rights states in the first amendment; …prohibits the making of any law respecting an establishment of religion, ensuring that here is no prohibition on the free exercise of religion, abridging the freedom of speech, infringing on the freedom of the press, interfering with the right to assemble, or prohibiting the petitioning for governmental redress of grievances.

So clearly our rights under God, and the law of the land, both demonstrate that it’s the peacemakers that lead by example in their efforts to be the activists our constitution envisioned. And also, just as clearly, it can be seen that it is the KKK, Black Panthers, White Supremacists, (who are clearly racist hate mongers) and ANTIFA (who are clearly communists using fascists techniques of hate to do away with constitutional rights), as well as the Occupy movement, and many other hypocritical hate groups that use riots to be hateful, to silence, stop freedoms, destroy public property and terrorize those who are peacefully exercising their Bill of Rights.

Now, if the people, all people, even those in the hate groups, actually police themselves in peace, then any manipulations by outside influences like George Soros and others will no longer have an impact, then the law enforcement will not have to worry about unnecessary deaths and other forms of violence. The Constitution is a perfect guidance for all individuals and groups to master, they only need to read it, study the actions of what being a citizen under this Republic really means, and peace will happen. E Pluribus Unum will be achieved, and then maybe we can start to stay away from everything racial, all of it, and focus on the love of humanity, and the fulfillment of the constitution in citizenship and equality without mandating diverseness, but instead, embrace each other in unity. We need to learn that you cannot have both, because one divides and the other unites. Smile and truly do what Jesus would do.

Who Gets Credit for 2017 Economic Success: Trump or Obama?