Comic books have invaded the media and super heroes and heroines are no longer confined to the pages of magazines. There was a time when some teachers have been upset over the influence of comics in print while others like myself used them to encourage students to read. Now they are bigger than ever on theatrical and television screens.

We can see in living color a myriad of these comic book icons from DC’s Superman, Batman, Wonder Woman, Flash, Green Arrow and others to Marvel’s Spiderman, Hulk, Captain America, X Men and more. Even the British have their own super hero Doctor Who has become popular in the United States. If one considers 100 million Americans reading daily comic strips with an additional 50 million Americans monthly buying comic books then it can be understood why the entertainment media is interested in this genre’. So far this year Wonder Woman has been the highest grossing motion picture. 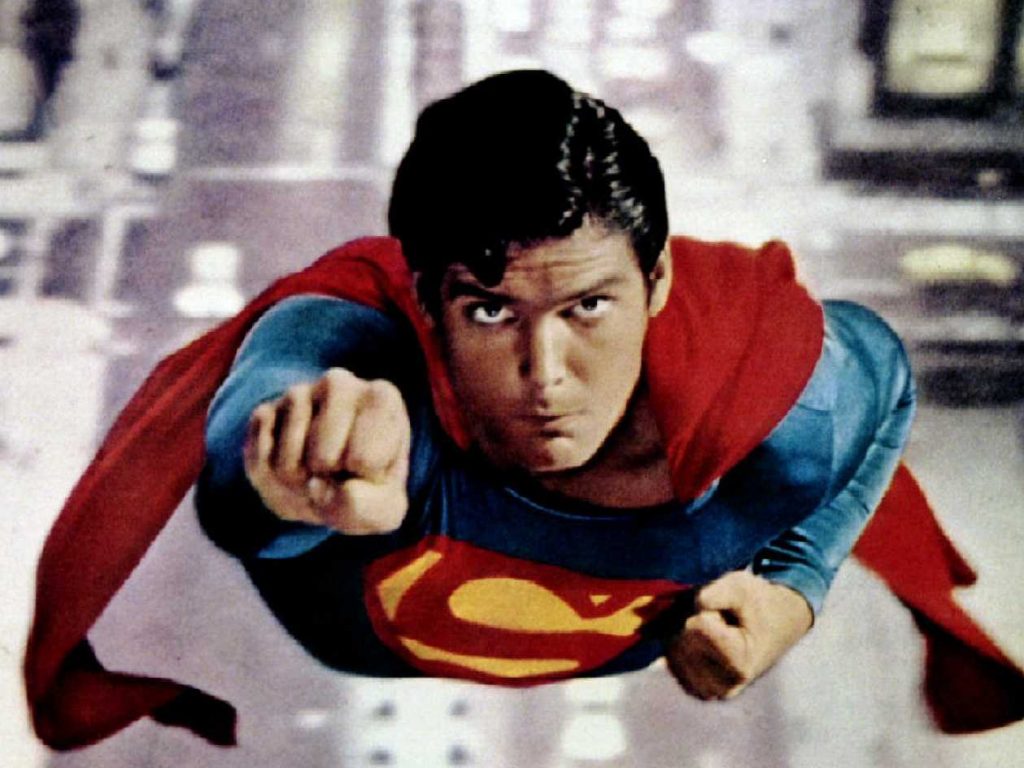 This can no longer be a genre’ thought of as for kids only as audiences are usually filled with as many or more adults than children. Being one of those adults in audiences I can recall when the first Christopher Reeve Superman film came out. That great moment when Clark Kent, a humble ordinary seeming guy, changes to The Man of Steel to take off into the air to save Lois Lane. We cheered and applauded. A comic hero was now flesh and blood thanks to the creative efforts of writers, artists and actors in the media centers of the world.

One may ask why the popularity for these fictional heroes? Are they filling a human need? A need for a savior of some sort who can rescue us from whatever problems we may have. People want a Superman to do for us what we feel too inadequate to do for ourselves.

The first comic book super hero, Superman, has been featured in comic books, a daily comic strip, novels, a long running radio and television show, a movie serial, motion pictures and even a Broadway play. Books and studies on the Superman mystique have rated him as one of the great literary myths of the twentieth century with Sherlock Holmes, Tarzan, James Bond and this has continued into this century. While many may scoff at the importance of understanding the idealization of this icon it is becoming clear that Superman has represented a need many people in the United States have felt for a long time. It is a need that may help explain the election of Donald Trump and it is a need that a rising group of theologians have recognized when it comes to belief in a savior.

From the theological side first there have been several books in this regard by authors who consider this a serious study.contends “Since the character Superman is an apt example of our human dreams and wishes for a god (small g), we can see

This writer’s favorite author in this line is also a media expert, Stephen Skelton. Skelton has made a specialty of producing programs in which videos from popular old TV shows and films are used to illustrate Scripture. His Entertainment Ministry has used a number of films and shows including John Wayne’s The Angel and the Bad Man, The Andy Griffith Show, Gilligan’s Island, Bonanza and many others. However his work regarding super heroes is most revealing.

What he says about Superman is “While all heroes are based on the original hero—Jesus—Superman does so in some striking ways. Did you know that Superman and his Father share the last name of “El”—the Hebrew word for “God”? Or that his earthly parents were originally named “Mary” and “Joseph”? And that his enemy is a man called “Lex Luther”—a name suspiciously like “Lucifer”? Who is this Super Man?” From there Skelton has used both the Max Fleisher Superman cartoons and the film Man of Steel. Even more direct is Skelton’s book The Gospel According To The World’s Greatest Superhero. There are countless examples of how the need for salvation has been expressed in various stories and how it has been met by the testimony of ordinary citizens. The real hero is Clark Kent. 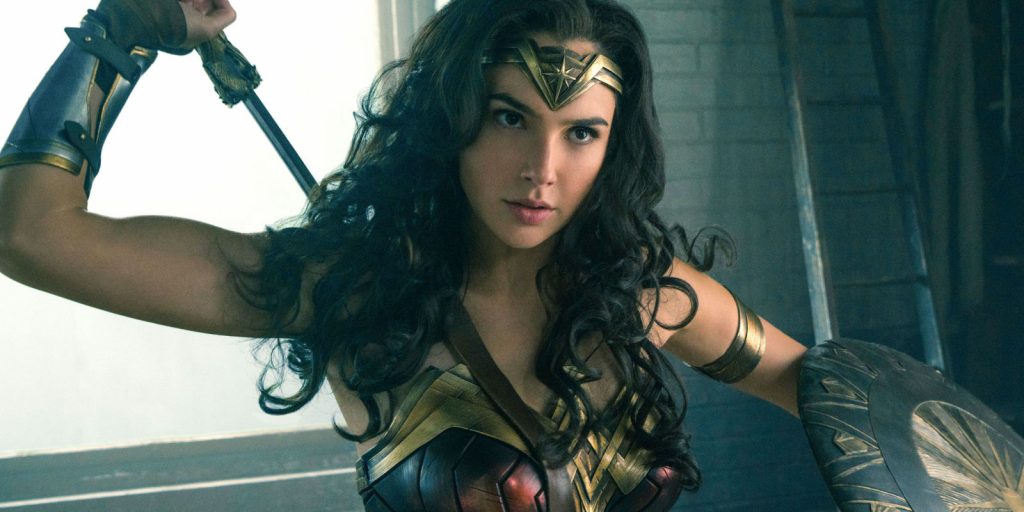 Not to leave out the very first super heroine to hit the world stage, Wonder Woman also leads a double, actually a triple life. Formerly a privileged princess of the Amazons she takes on the identity of Diana Prince, an office worker who like Clark Kent can be overlooked. However, when there is a need we have Wonder Woman. She was brought to media life for us on television in the 1970s by Lynda Carter and now on the big screen as powerfully portrayed by Gal Gadot. The comic book Wonder Woman was created by psychiatrist William Moulton Marston as he felt there was a need for a heroine in comics. While basing her on Greek myths he added something to her persona that not many knew about. The original Diana was drawn as a typical young Jewish girl and this would serve as an embarrassment to the Nazi “super race” when during World War Two she won every contest against them. Interestingly enough Gal Gadot is herself a former Israeli soldier, a trained fighter. Radical feminists who have tried to take Wonder Woman as their symbol were upset when the actress refused to get an abortion during the making of the film though several months pregnant during major fight scenes.

The theological examples may have the reader wondering what does this have to do with politics and the election of Donald Trump as President of the United States.

From the beginning of our nation we have looked toward our Presidents and other leaders being there for us and to solve problems when we felt it necessary. We did reject big government and we loved Presidents who came to office willing to fight for us. Andrew Jackson was definitely a populist. And his campaigns put an emphasis on his heroic actions as a military man. Generals have been popular choices for President going back to George Washington and continuing down to Dwight D. Eisenhower. It was something heroic about them that attracted voters. If they did not have a major military background then heroic actions of minor happenings were quickly made big campaign issues. We heard more about PT 109 than anything else about John F. Kennedy. Nothing about that vessel having been way off course.

Franklyn D. Rosevelt exuded that heroic presidential image. Never mind that we had nearly as many people unemployed in 1938 as when he took office in 1933. Credit has been given him in schools for ending The Great Depression when it was frankly World War Two. Roosevelt did perform heroically during the war, his fire side chats made us feel safe. FDR never forgot the importance of appearances. He was never photographed in a wheel chair or being lifted when ever he had to go some place. Nothing wrong with his being so protected as we did need that image at the time. In a time of crises we want a Superman or Wonder Woman. Someone to fight for truth, justice and the American Way.

Enter Donald Trump. We had gone through eight years of the most terrible presidency in our history. As a nation in 2016 we had lost the mantle of leadership in which we took pride in having a reputation as the greatest democracy in history. Our nation was and remains more divided than any time within memory. In 2015 Dr. James Robertson, a history professor at Virginia Tech and State University and a distinguished Civil War expert, compared our nation as resembling 1855 when we were on the verge of Civil War. We were and remain faced with hate between races, ethnic groups and classes. On top of that, major problems with Islamic terrorism, immigration, Russia, North Korea and other parts of the world.

It would appear that all the leaders of both political parties would have been working to come up with some one to save the day. The experts assumed that if not Hillary Clinton, then certainly a known office holder who was an established politician. What these people didn’t know was that the public was sick of Democrats and Republicans who acted like Democrats when it came to economic, social, military and diplomatic policies. 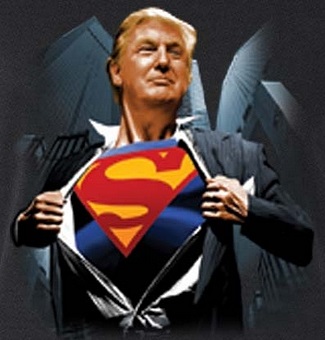 Donald Trump was not exactly a mild mannered Clark Kent or quiet Diana Prince. He was known for his business acumen and being involved in the entertainment world. However, he had never held a political office. Just as people walked by Clark and Diana’s desk not realizing who they really were, the power brokers walked past the idea that Donald Trump could ever be nominated for President let alone be elected to that office. Just as that was ignored, so were the people who were sick and tired of the business as usual attitude held by the political establishment.

Donald Trump appealed to voters because here was a man willing to take on that establishment, which he has been doing despite the odds against him. Critics say his key slogan “Let’s make America great again” was too much a cliché. Then again so was the phrase fighting for “Truth, Justice and the American Way.” It was and remains what we need and this is super enough for us.

Of course some will sneer and say President Trump does not have super powers. Come to think about it, neither does Batman or Captain America. And if we the people, another phrase liberals claim is a cliché, rally behind him we can achieve just the greatness our President wants us to have.

Is Tolerance a Sin?