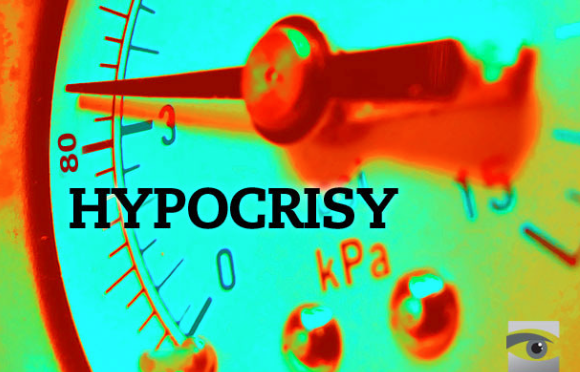 What happens when an immigration bill that was originally written by Democrats and received overwhelming support by Democrats is presented, almost verbatim, by a Republican president?  The ‘same’ bill is suddenly, magically, called ‘racist’ and ‘anti-immigrant’ by Democrats.

Democrats who several years ago voted to end the government’s green-card giveaways and to institute a point system for selecting some new immigrants are quickly backing away now that President Trump has embraced the idea.

Once a source of consensus for a legal immigration system that all sides agree is broken, the idea of American officials becoming more selective in admittances has become contentious. Democrats say they fear how Mr. Trump would employ stricter selection criteria.

One Democratic leader called it “anti-immigrant,” and another called it a betrayal of the principles of the Statue of Liberty.

The crux of the bill, sponsored by Republican Sens. Tom Cotton of Arkansas and David Perdue of Georgia and embraced last week at the White House by Mr. Trump, would trim the broad range of family relationships that qualify for immigration and inject a government screen for needed skills and English proficiency into employer immigration.“Many people forget that reforming the nation’s broken immigration system to focus on high-skilled labor used to be a non-controversial position,” the White House said in a memo last week. “With Democrats struggling to connect with working-class voters who’ve struggled from stagnating wages for decades, maybe they should take a page from themselves.”

The president cast his hard line against illegal immigration as a matter of public safety, while his push for stricter limits to legal immigration he says is a way to protect American workers from competition.

Mr. Trump’s backing for the bill, after his divisive presidential campaign, has helped spur a feverish backlash among congressional Democrats and immigrant rights activists, who vow to resist the proposed changes.

“This isn’t about making America great again; it’s about making America white again,” said Lynn Tramonte, deputy director of America’s Voice Education Fund. “This is identity politics at its worst. And from both a policy and political perspective, decidedly un-American.”

But Mark Krikorian, executive director at the Center for Immigration Studies, said the main parts of the bill match the recommendations of the Clinton-era Commission on Immigration Reform, known more colloquially as the Jordan Commission, after the late Barbara Jordan, a prominent black liberal congresswoman who led the panel.

“Was Barbara Jordan a white nationalist? Was she a hater? Of course not. She was a patriotic American who was a liberal Democrat,” said Mr. Krikorian, who backs stricter immigration limits.The Perdue-Cotton bill, formally known as the Reforming American Immigration for Strong Employment Act, or RAISE Act, calls for trimming the extent of immigration based on family ties to spouses, children who are minors and, in limited cases, parents. That would eliminate siblings and adult children from the queue. The overall number of family visas also would be lowered.

Employment-based green cards would be changed with a point system to select immigrants. Preference would go to those with key skills who can demonstrate an ability to be financially independent and who show proficiency in English.

An analysis by the Migration Policy Institute said the point system was a small change, bringing in a slightly more skilled workforce than present, but the changes to family immigration by limiting sponsorships would be major.

“For the family-based system, halving the numbers would come at the strong price of reducing opportunities for family unity, a deeply rooted value in U.S. immigration history,” the think tank said in its analysis.

Democrats have embraced a point system in the past as part of broader deals to legalize most illegal immigrants.

In 2007, a point system was at the heart of the immigration bill worked out by President George W. Bush and Sen. Edward M. Kennedy. That bill also dramatically cut the number of family members who could be sponsored for future migration.

Among those who voted for the 2007 bill were Mr. Obama, then-Sen. Hillary Clinton, current Senate Minority Leader Charles E. Schumer and his chief lieutenant Sen. Richard J. Durbin, and 13 other current Democratic senators.

The Senate’s 2013 immigration bill, worked out by four Democrats and four Republicans and backed by Mr. Obama, included scaled-down versions of the point system and slimmer family migration.
That bill garnered support of every Democrat in the Senate.

From 'Seven Days in May' to Manchuria