I really do feel blessed to live in the United States. This is for a great variety of reasons, but few are as important as the advancement which women’s rights have enjoyed in this nation. Obviously, it hasn’t always been this way – the US once stumbled in darkness on this issue just as most of human civilization has done – but I’m proud to say that 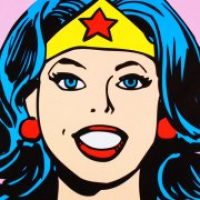 times have changed. We’ve gone from a society that denied women to enter into legal contracts (that was their husbands’ duty and responsibility) to one that leads the world in recognizing and appreciating the enormous strength and will which women are capable of bringing to the table. Perhaps most importantly, and so sadly unlike much of the rest of the world, it also acknowledges that women have the same right to be safe and secure as do men, which is most effectively safeguarded in their right (and every American’s right) to keep and bear arms.

That’s why I’ve been so disappointed by the conduct of those in attendance of the Women’s March, a demonstration ostensibly intended to defend the standing of women in society but which is currently taking aim at the National Rifle Association, which does extraordinary work in protecting our Second Amendment rights. It seem that Tamika Mallory, the co-president of the Women’s March organization, got the idea into her head that the NRA has poorly handled its response to the incident involving Philando Castille, who was shot by a police officer. Mallory and her group also accuse the NRA of failing to stand up for the rights of “communities of color, progressives, and anyone who does not agree with this Administration’s policies”, and take aim at an NRA video which they claim encourages armed violence against those groups. The video, of course, does no such thing – not anywhere within its content.

What’s most galling about all this is that the Women’s March can’t seem to take as well as it gives. For issuing statements against the group due to its flagrantly anti-NRA stance, the March has “reminded” Wayne Lapierre (President of the NRA) of the sanctity of free speech. “Before the Second Amendment was the First Amendment,” they point out. They have an interesting and downright puzzling position to take, since the Women’s March seemed less than vigilant about safeguarding free speech rights when they refused to allow pro-life women to march with them in previous demonstrations.

It should hardly come as a surprise, in light of the group’s behavior, that the Women’s March is funded to the hilt by multi-billionaire and internationally renowned liberal George Soros and his organizations, which have provided them with some $90,000,000 in capital. So a movement that claims to be in support of women’s rights launches salvos against the venerable National Rifle Association, which has done more to ensure the security of women than virtually anyone else, and it turns out that this March is in the pocket of a wealthy progressive. Somehow, it’s all starting to add up.

The right to keep and bear arms is not only a cherished cornerstone of traditional American society – it is responsible for much of the empowerment women have enjoyed in this country, because it safeguards their God given right to defend themselves. For a long time, the National Rifle Association has stood for all American’s rights to gun ownership. There is absolutely no one that supports women’s rights more than me, and I cannot get behind a group that claims to have this cause in its heart while attacking the NRA. The so called Women’s March ought to be ashamed of themselves – American women can get along just fine without them.

A Game of Chicken With Nukes