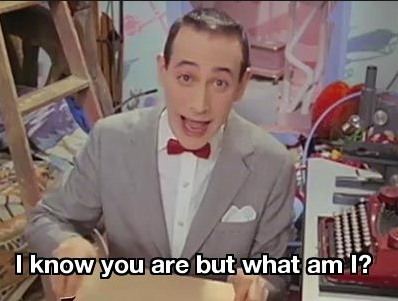 Liberals are a curious bunch. Most of us have friends who are Liberals, sometimes we can have lively and friendly debate and discussion with them, agree to disagree, and go have a beer. Other times, one must follow that old adage about never discussing religion or politics in polite company. Like any group, Liberals have their fringe. Since the election of Donald Trump, that fringe has made itself known in a big way. But even before the election of Trump, Liberals have had a playbook of sorts that they have relied on for decades. The playbook includes key words and phrases designed to convince voters of who Conservatives “really” are. In all fairness, Conservatives do it too. Because at election time, everyone must be ready to go to war.

The 2016 election brought a rude awakening to Liberals. Throughout the election cycle, they were convinced that Hillary Clinton would bust through the glass ceiling to become the nation’s first female president. That didn’t happen, and Liberals have never gotten over it. Now the task of defining Conservatives is crucial, perhaps a matter of life and death for them. They must convince Americans that Conservatives are the worst possible thing that can happen to America. So Liberals have taken the old tactic that if you tell someone something often enough, they will believe it, and ran with it. Let’s take a look at the three words Liberals love to use the most.

Here they are, along with the actual definitions of the words according to Merriam-Webster.com:

Racist- One who holds the belief that race is the primary determinant of human traits and capacities and that racial differences produce an inherent superiority of a particular race.

Liberals have practically made this an all-purpose, go-to word. First and foremost they use it to scare African-Americans and other minorities. Some of the most recent examples of the best implications of this word have come from Former DNC Chair Debbie Wasserman-Schultz, who said that Republicans would take blacks back to the days of Jim Crow laws. Former Vice-President Joe Biden who told a black audience that Republicans would “put y’all back in chains”. For Liberals if all you have to do is imply that this will happen, they will take it, but they are not afraid to use it.

Here is the problem. Liberals toss this word around so often that it has lost its true meaning and bite. Anyone old enough to remember the Communist Red Scare of the 1950’s can remember being told there is a Communist around every corner. Nowadays, just plug in the word “racist”. Most often Liberals will call someone a racist, usually a Conservative with whom they have lost an argument. If you are debating a Liberal about anything, and he calls you a racist, he is done, and you have won. But the casualness of today’s use of this word is really kind of a slap in the face to those who have experienced true brutal racism.

Fascist/Fascism- A political philosophy, movement, or regime that exalts nation and often race above the individual and that stands for a centralized autocratic government headed by a dictatorial leader, severe economic and social regimentation, and forcible suppression of opposition.

“Fascist” is another big favorite of the radical Left-Wing. Because different forms of government are no longer taught in public schools, most young people have no idea what this really means, but they think it sounds really cool and intellectual when they use it. By definition, it is exactly what many Liberals espouse. Big government, involved in every facet of life, economic regulation of business, because while “big corporations are bad”, the strangling regulations put on small business makes it virtually impossible for them to operate. And of course, if someone has a differing viewpoint from yours, do not allow them to voice it, shut it down. Currently that idea is on full display by the Left. In a Liberal Utopia, there would also be one world government. But who would be in charge of that government, just one person who just might be described as a dictatorial leader?

Nazi – One who espouses the beliefs and policies of the German Nazis.

“Nazi” is the term used when “fascist” is not quite effective enough. While there has been debate through the years of whether or not Nazism was more right or left, the fact is that there are elements of both in Nazi ideology. What are also facts however, is that in Nazi Germany, all opposing political Parties were outlawed, all powers were “in the leader”, and he must be obeyed at all costs. While the Left would never outlaw labor unions, a prime source of money and votes, they were illegal under the Nazis. It seems they would be quite comfortable today without a free press as censorship of the press was also standard operating procedure in Nazi Germany.

These words are used for shock value by Liberals, but the irony is lost on them. Big all-encompassing government, shutting down those they disagree with, and no political opposition are all things that if asked and not told where they originate, they are all for. These ideas incidentally cannot be found in Conservatism. But let’s not let facts get in the way.

The next time you encounter a Liberal, be sure to listen for these three words. It is not a question of if they are used, but when.