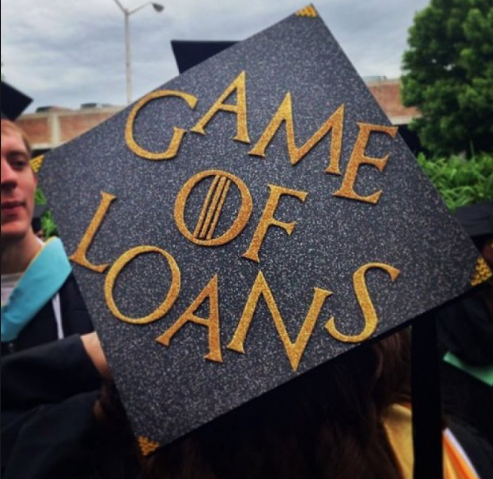 In WV recently, there was much in the news about who was responsible for a five percent hike in tuition at West Virginia University (WVU) and similar increases at several other public colleges and universities including Marshall University in Huntington, WV. These increases were initially defended by suggesting that the state legislature had cut their budgets.

In truth, evidence demonstrated that prior to the finalization of the state’s budget, the administration at WVU had already discussed and was ready to implement the tuition increase. It is very likely that the other public schools in WV were also planning increases regardless of the government’s budget realities.

Now a tuition increase of five percent doesn’t seem like much for a public university, but when you add that on top of other fee, meal-plan, housing, and textbook costs, the annual cost for a full-time resident student comes very close to $18,000 per year.  Meanwhile WVU’s main campus in Morgantown is bustling with new construction as more and more very luxurious accommodations for student rise from the dirt. It is also interesting to note that the number of boxes on the WVU organizational chart has not been falling at all over the past few years, either. Do you wonder why?

The colleges and universities have continually raised their fees, rates, and costs to students over the last few decades in lock-step with the expanded availability of more and more student grant and loan money being dangled in front of the student body by the federal government.

The federal student loan programs have grown significantly since the 1960s and continue to see annual loan limits raised as well. Is it any wonder the higher education racket sees these actions by the federal government as a license to reap a harvest at their students’ expense?

Where is there any incentive provided to higher education to reduce its costs? Rather than reducing costs, most schools are expanding course offerings – often with courses that serve no one other than the professors, assistant professors, and little else. A quick visit the WVU website and a click on the “Undergraduate” tab takes you to a page where you may select from a long list of majors. Among them:

One must ask the powers that be whether these kinds of offerings truly benefit the student and the community sufficiently to justify the added faculty, staff, and administrative overhead expenses. But the answer will come back as positive since there is nothing suggesting a need to economize on any of those things. Can anyone really generate a career with a degree in either of those majors?

Suppose, on the other hand, that federal student loans disappeared from America? To be charitable, I’d suggest a five-year phase-out so that students already committed to their education could finish their course of study during the phase-in (hardly anyone I have met recently was able to complete an undergraduate degree in less than five years).

The five-year period would also provide schools the opportunity to examine their course offerings to reduce/eliminate non-productive courses, overhead, faculty, and some limited trimming of enrollment that would result. By the end of that time, the schools would be required (out of necessity) to become lean, mean, educating machines. Reduced costs, overhead, administration, etc. could result in – gasp! – lower operating costs that could then be translated into far more reasonable tuition and fees.

On top of that, the single most magical ingredient of all – Competition – would be introduced to the higher education marketplace since funds for college-level study would be limited to the resources of the student and parent without all those huge suffocating student aid loans. Competition between schools would increase which would further improve the efficiency of the institutions’ operations further reducing costs to the student. A side-effect could also be the elimination of for-profit diploma mills that fail their students so frequently. They would have difficulty surviving.

Those who suggest that colleges cannot survive without the subsidy provided by student loans need look no further than Hillsdale College in Michigan. It is one of the finest liberal arts colleges in America and has thrived over the years with a public pledge not to accept one cent in federal or state government funding or student-loan-financed students. All funding is private. Perhaps a model for the future. After all, the federal government was never intended to have anything to do with education.

Until parents, students, and government policymakers acknowledge and recognize the fact that student loans are nothing more than a subsidizing of higher education and benefit no one outside of those institutions, the cost of higher education will continue to climb as will the over one Trillion-dollar student loan debt load currently dragging our economy and our young people down into the abyss of economic serfdom…just like an albatross around the neck of a sailor…nothing good comes from it. It hinders the individual but it also provides a difficult roadblock on the way to economic success while leaving taxpayers with an additional burden when loans wind up in default.

God Is or He Isn’t