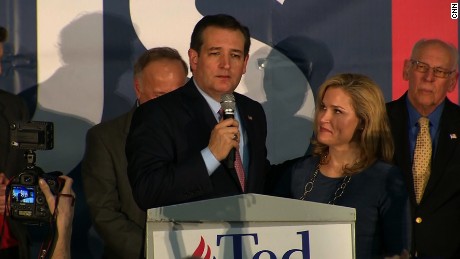 Senate budget rules are giving opponents of the rollback of the 2010 health care law an easy way to attack Republicans for hypocrisy.

The Senate GOP may not really want to immunize their own member and staff health plans from their health care policy changes, but because they are seeking to bring their bill to the floor under the expedited budget reconciliation process, they have little choice.

Sen. Ted Cruz has already unveiled a fix to nullify the exemption, but that bill would take 60 votes to overcome any filibuster attempts.

“While this exemption was included in the Senate health care bill out of procedural necessity, we must still be diligent in ensuring that Members of Congress are treated just like other Americans under this law,” the Texas Republican said in a statement. “This is an issue of fundamental fairness. Lawmakers are not above the laws that they pass and I believe that it is crucial that Members of Congress abide by the same laws that their own constituents follow.”

The exemption has already prompted a web ad from the group Save My Care, which has been working against efforts to repeal and replace the health care law that took effect under President Barack Obama.

“Senators did make the bill better for one group of Americans … themselves,” the ad says, citing a Thursday report from Vox.

It is substantively accurate to say there is a carve-out in the Senate measure, but as with much of what happens when the Senate uses the budget reconciliation process, the reasons are complicated.

As part of the implementation of the 2010 health care law, members of Congress and many staffers both on Capitol hill and in state-based offices shifted from getting health insurance benefits through the Federal Employee Health Benefits Program to the small-business exchange in Washington, D.C.

Matters related to the local government in D.C. fall within the jurisdiction of the Homeland Security and Governmental Affairs Committee, and internal operations of the Capitol are the responsibility of the Rules and Administration Committee.

Aides previously confirmed that since neither panel received reconciliation instructions in the fiscal 2017 budget resolution that was adopted earlier this year so Republicans could pass health care legislation with just 50 votes and a tie-breaker by Vice President Mike Pence.

A bill or amendment could lose its privileged status and be subject to needing 60 votes to overcoming procedural hurdles if staff and lawmaker health benefits were not exempted.

Under a decision by the Office of Personnel Management during the Obama administration, employer contributions were allowed to be used in the D.C. SHOP.

Linda Sarsour: The Enemy of the State