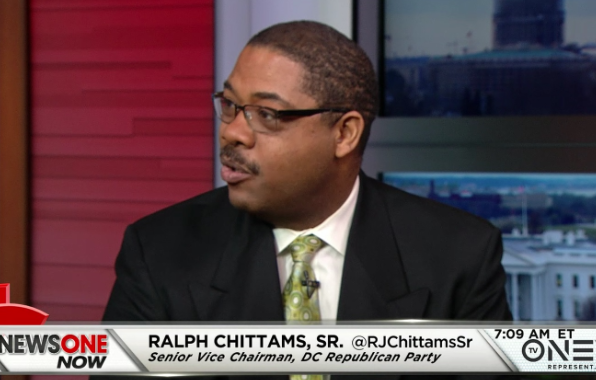 America prides itself on being a Democratic Republic where freedom reigns. Americans proudly boast that theirs is the freest country on the face of the earth. While the second statement may be true. The first is slightly problematic.

Are people free in America? Yes and No.

We have a Constitution that codifies the freedoms of speech, religion, assembly, the right to bear arms, etc.

Americans and visitors to America can freely travel from State to State without having to present papers or ID, so long as you do not fly. Freedom.

However, as with the preceding example, our freedoms are not unlimited, they are governed, limited, and restricted. And restricted freedom is not really freedom.

A number of years ago the term “free range” was coined to define a method of raising livestock and poultry. “Free range” means that animals are kept in natural conditions where they have freedom of movement. They are not confined to cages and pens. They live in wide open spaces where they have access to fresh air, sunshine, and the ability to move freely. While they enjoy all of those benefits, they are not truly free, they are free range. They are not truly free because their movements are ultimately limited by the confines of the “range.” And so long as they never run into the fence around the perimeter of their range, they live under the illusion of freedom.

That is America. Americans are not free, we are free range.

The Second Amendment to the United State Constitution reads: A well regulated Militia, being necessary to the security of a free State, the right of the people to keep and bear Arms, shall not be infringed.

But try to keep and bear an arm the government forbids. Suddenly your freedom under the 2nd Amendment disappears and the phrase “shall not be infringed” becomes meaningless. In some States purchasing a handgun is almost an impossibility. In other States, laws and statutes have been enacted to limit magazine capacity, requiring the registration of ammunition, and outright banning of certain types of weapons. No, we are not free, we are free range.

So long as what we do does not run into the fence surrounding our pasture, we live under the illusion that we are free. But attempt to do something the government has restricted, and you will soon learn you are not free, freedom is an illusion.

The First Amendment to the United States Constitution reads: Congress shall make no law respecting an establishment of religion, or prohibiting the free exercise thereof; or abridging the freedom of speech, or of the press; or the right of the people peaceably to assemble, and to petition the Government for a redress of grievances.

But try to freely exercise your religion by not participating in a homosexual wedding and you will soon learn that your freedom is an illusion. You are not free because the government has erected a fence around your pasture limiting that freedom. And when you encounter that fence you learn very quickly that you are not free, you must violate your religious values or face consequences, you are free range.

And yes, I am free to write this article in this country where it would not be allowed in others, but that just further proves the point of the nature of the range. The government permits this type of freedom of expression, while is disapproves of others.

Yes, some limitation of rights are necessary for the common good. Yelling “Fire” in a crowded theatre clearly should not be protected speech. But through the years, our rights as Americans have become more and more limited.

The question to ask is, “When and where will it end?”

One of the primary differences between Russian and the United States is the size of each individual’s range. In Russia the range is almost nonexistence. For now, in America each individual’s range is somewhat larger. However, as our government keeps reducing the size of our free range by increasing its power over more facets of our lives, the illusion of freedom will ultimately disappear and we will be faced with the stark reality that we are not free, and ultimately will not even be free range.

Rev. Ralph J. Chittams, Sr. is the Principal of Black Elephant Consultants LLC, a company which focuses on issues of religious liberty on the national and international stage. He formerly served as the Senior Vice-Chairman of the District of Columbia Republican Party, and is also affiliated with the Frederick Douglass Foundation and the Douglass Leadership Institute. He also has over three decades private sector experience in office, human resources, and personnel management. Rev. Chittams graduated from Howard University with a Bachelor of Arts in Political Science. He has also earned two Master’s degrees: a Master of Arts in Biblical Studies from the Maple Springs Baptist Bible College and Seminary, and a Master of Divinity from the Liberty Baptist Theological Seminary. He is acutely aware of the encroachment on religious and civil liberties nationally, and on the world stage. He has attended national and international conferences addressing matters of religious freedom and religious liberty. He is a sought-after speaker on conservative issues. He appears regularly on NewsOne Now, The Exceptional Conservative Show, and Lion Chasers. He recently attended the World Congress of Families in Salt lake City, Utah, and initiated a relationship with CARICOM, a union of Caribbean countries seeking to preserve their religious and constitutional freedoms. His community work and passion for conservative causes led him to become active in many church and civic organizations in the DC region. He regularly mentors and volunteers with at-risk youth to show them that education and a living faith are their paths out of poverty, and that violence is not the answer. Ralph has served on the board of several non-profit organizations. Rev. Chittams lives in Southeast Washington DC with his wife.