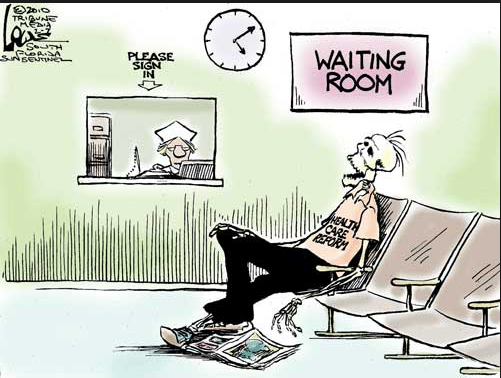 A recent article in the Daily Signal, relating to the imminent demise of a 10 month old child in England at the hands of the British government very accurately points out the danger inherent in allowing government to place itself between a parent and their ability to control the welfare of their children. Abuse, neglect, or violence being the only justification for interference.

What came to mind as I read was the current controversy over our healthcare/insurance issues currently raging in Washington, and who should be making our health-related decisions. If you are not immediately seeing the connections, let me explain several:

That having been said, why would we ever want our representatives to trap us in a nationalized healthcare system that ensures that the ultimate decisions regarding our children’s healthcare will be made by bureaucrats instead of medical doctors. Make no mistake, the Affordable Care Act [ACA] and the new ones are still variations on this theme. We already have a world class healthcare delivery system the likes of which no other country can match?

Here’s another fact that you had best not overlook. We are only one step away from seeing the system in America look identical to that currently attempting to kill that 10-month-old child in England when there is at least one option left to save that child – the American system.

So, what do we do about it?

There have been two market-based solutions to the ACA debacle debated over the past seven years, but it appears from what has been made public that neither of those good ideas have made it into either the House or Senate versions of the “repeal and replace” bills. The worst part of the debate has been the fact that it is not about healthcare, it is about health insurance. This argument has clearly become nothing more than a bill to regulate two things – the insurance companies and Medicaid. Your health is, as the farmers used to say, “Left sucking the hind teat.”

Meanwhile the states are making the entire problem 50 times worse by setting different operating requirements and coverage requirements. This results in a serious reduction to the number of companies who choose to tailor their policies to 50 different regulations and coverages. Instead, the big companies wind up as the players and the smaller companies select a very few choice states in which to sell their policies. No meaningful competition results.

The Commerce Clause of our constitution was intended to prevent just such a situation. Instead, it has been used as a vehicle to interfere in private decisions that only have cursory relation to interstate commerce. Rightfully, with a minimal regulatory footprint, the law should only provide for a minimum requirement as to financial liquidity on the part of the company – the ability to pay claims timely. Otherwise, what business is it which conditions are a necessary part of a health insurance policy? Mandating coverages when they are neither desired or needed equals higher premiums. Coverage should be determined based on the person and the insurance carrier. This change would open all states to all qualified companies. Maximum competition.

Pre-existing conditions appear to be one of two major hot buttons. If – and only if – you believe that an insurance company should assume all the risk regardless of circumstances, you are very likely a socialist.

Newsflash! Insurance companies offer a service to the public by offering to assume some of the risk to save the patient the cost of the entire bill. They gamble that enough healthy people will buy policies to off-set those who file claims at a higher than normal rate.

Pre-existing conditions were typically treated in the past by the insurance company requiring between six months and a year before paying any claim relating to a condition that was treated in the six months or a year prior to purchase of the policy. After that restricted period, the condition would be covered just as if it had not existed before the policy purchase. This off-sets the extremely high risk to the company while setting a defined limit on how long they could have a ‘free ride” from coverage. To most rational minds, this would seem reasonable, and it has been the norm for decades past.

If, however, we want to err on the side of caution, we could include a provision in the law that limits the waiting period to a shorter period (90-180 days?) before coverage for the pre-existing condition starts being covered. You could also approach it by setting a higher premium for the first six months or one year and then the premium would revert to a lower rate offered to others who do not have a pre-existing condition.

With these two approaches – controlled protection for pre-existing conditions – and opening markets across state lines, the issue is solved by reducing regulations, while at the same time removing the government from the coverage issues but limiting it to setting a financial safeguard to prevent insolvent, fly-by-night companies from operating in the market.

Believe me, folks, the rest is nothing more than cronyism and socialistic government interference in a free-market problem on one side, and the failure of our education system to educate the average adult citizen on the purpose and reason for the existence of insurance. It is not meant to solve all your problems, just make life a little easier.

Note that these changes (after ACA’s actual repeal) do nothing to interfere with your healthcare at all. It would be a simple matter to completely repeal the ACA with an effective date 12 months into the future. During those 12 months, the changes outlined above could be refined and implemented giving the insurance companies a date certain at which point the market could be stabilized with premiums returning to rational levels based solely on risk and not politics.

I will only touch on the Medicaid portion of the problem by suggesting that the purpose of it was to take care of those below the arbitrarily produced “poverty line.” It should never have been expanded. Ask yourself how easy it is to remove a federal benefit once enacted and then ask yourself why it was done.

A Message to MSM: Is This the Hill You Want to Die On?