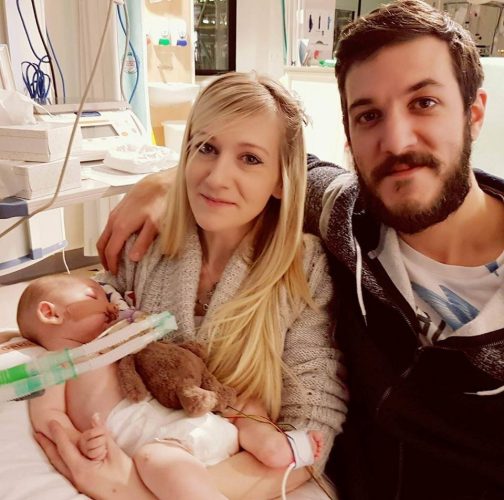 Charlie Gard was born last year with encephalomyopathic mitochondrial DNA depletion syndrome, or MDDS. It has left him crippled and with brain damage. He depends on a ventilator to keep him alive.

Worse yet, the (socialist) British NHS has decided that it will not treat Charlie anymore, although his parents desperately want to save and nuture their son.

Even worse, the NHS refuses to release Charlie into the care of his parents. Charlie’s mother and father want to bring him to America for an experimental treatment that could help his body work more normally. They have even, through an appeal for charitable donations, raised enough money to bring their son here and get him treated. But the NHS has said it will not release the child, and every court has agreed. Talk about death panels, these courts are exactly that.

Sadly, this is what single-payer healthcare leads to, where the STATE basically decides who is worthy to live and who should die. This is deeply saddening and absolutely infuriating. Especially when the parents have the resources to transfer this little baby boy to the U.S. to receive life-saving treatment. He is a prisoner at the hospital, awaiting his execution.

So, you don’t like getting involved in politics? Well, what if this was YOUR child? Because at the rate we are going with our current healthcare system, we are not too far off. Sure, this culture of death will be given a nice little catch phrase like ‘dying with dignity’ or all the mumbo jumbo BS. All the while the STATE plays god.

But at the end of the day, our lives do not really even belong to us or the STATE, they belong to our Creator. Of course, this is a basic TRUTH that many of us have forgotten and progressivism certainly doesn’t want us to remember.

In the meantime, I pray for this little boy and his parents. I can’t even imagine.

"Non-Devout" Muslims and the Threat They Pose