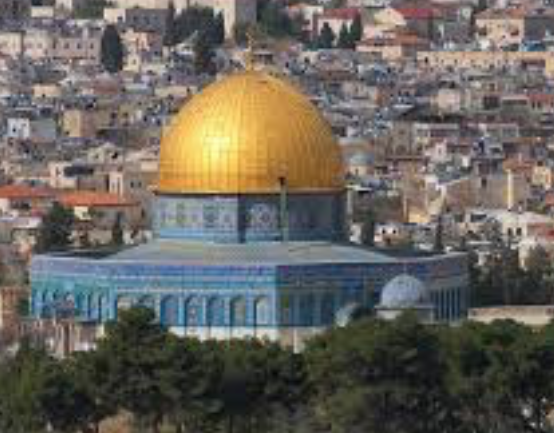 An investigation following the terrorist shooting on July 14 on the Temple Mount Complex in the Old City of Jerusalem revealed that an accomplice brought weapons into the compound in the early hours of the morning in readiness for the attack.

In this attack two Druze police officers were shot dead by the attackers before the three terrorists were neutralized by security forces on the Temple Mount.

The sensitivity, indeed the volatility, of this location is significant. For too long emotional language has been used by Palestinian politicians and Islamic religious leaders to stoke the flames of violence in the name of this holy place.

While Israel safeguards the flow of Muslim worshippers to the third most holy shrine in Islam, and reduces any Jewish presence on Judaism’s most holy site, too many people choose deliberately to make inflammatory statements.

Mahmoud Abbas, reneged on his responsibility to induce an atmosphere conducive to peace talks when he spoke about “Jew’s filthy feet desecrating and defiling our Al-Aqsa Mosque.” When leaders like the President of the Palestinian Authority incite with words such as “We will bless every drop of blood that has been spilled for Allah” we can expect no less than deadly terror attacks emanating from the area of the Temple Mount.

What “Jewish filthy feet” was he referring to? Those of Jews who go up to the Temple Mount with deep respect for being closer to the presence of God? Or the police who constantly have to respond to young Arabs who store rocks and Molotov cocktail bombs in the mosques and then demonstrate in violence against the Jews praying below at the Western Wall.

Now we have evidence that handguns and Carl Gustav rifles are being stored on the Temple Mount by Muslim Arabs looking for trouble.

Israel did the right thing by introducing metal detectors at the entrance of the holy site. One would have thought that caring religious leaders, worshippers, and politicians would have applauded this move that ensures the safety of everyone going up to devote their soul to their god. But no. The uproar and incitement ratcheted up another notch. The Palestinian Authority called for a day of rage. Violent protests broke out in Kalandiya, Shuafat and Bethlehem by Palestinian Muslim rioters. Rocks and Molotov cocktails were thrown at security officers by the Lion’s Gate in Jerusalem. Absurdly, Muslim worshippers refused to enter the Temple Mount as a protest against the metal detectors placed there to protect their safety.

Compare that to what Israelis and visitors to Israel have to experience. Metal detectors are a common sight at entrances to official buildings, transport stations, shopping malls, even at our holy places.
As every traveler knows, metal detectors have become a compulsory component at all airports. They are placed there as a result of acts of terrorism such as those practiced daily by Palestinians whipped up by the indoctrination and incitement of their political and religious leaders.

We are all burdened by these necessary checks. They keep us safe. But, it seems, there are those, from within whose society the murdering terrorists come, who are prepared to commit further acts of violence in protection of their rights to carry murderous firearms into their mosques and holy places.

Dreams from My Brother’s Dog