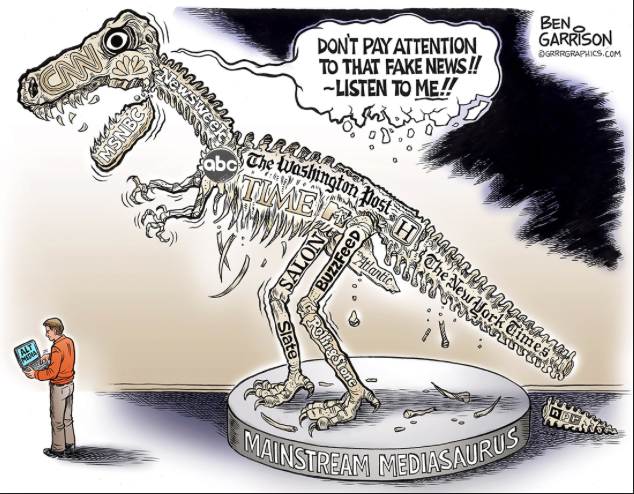 Often I’ve heard the phrase about picking your hill to die on or some variant of that expression. I assume it is a term that originally applied to military combat. Specifically it would be a term used to denote the place where you decide to make your last stand…a place where you will ultimately meet your demise. Sometimes military strategy may dictate making a last stand. Perhaps it represents a delaying action designed to give the rest of your forces time to reorganize. Other times it may represent a stubborn and foolish act of defiance that accomplishes nothing.

The same terminology can be applied to everyday life as well. We all have our little daily battles to fight. Its part of life. Occasionally someone may exercise poor judgment and escalate a minor issue into a major issue unnecessarily. As it applies to one’s vocation, it could entail putting your career and reputation on the line. If you face a case where you see corruption and decide you can’t stay silent, rest assured there will be severe consequences. The world rarely operates in a smooth manner where everyone has a moral code and the proper people are always held accountable. The person standing up for what is right may actually end up being the one who gets the most blame. Sometimes they are vindicated and sometimes they aren’t. The end result will ultimately be the same: organizations and institutions rife with corruption will ultimately fail and everyone will eventually have to pick a hill on which to die. More often than not there are more people who end up dying on the hill of maintaining the status quo and going along with whatever wrongs are taking place. Why? That’s usually the last hill to fall and you will will live longer if that’s the hill you pick.

In my lifetime I have never seen a President subjected to the type of non-stop bashing and opposition that Donald Trump is currently experiencing. I also can’t think of a President in my parents or grandparents lifetimes that has been so viciously attacked from every corner. I thought the media attacks against President George W. Bush were bad, but that was very tame in comparison to Trump. I honestly believe if, God-forbid, someone hurt or assassinated Trump, the MSM would cover the event with unrestrained joy. The attacker would be portrayed far differently than Lee Harvey Oswald. If not hailed as a hero, at the very least they would be portrayed sympathetically. The MSM would in all probability become apologists for the perpetrator, explaining how Trump’s policies somehow made that person a victim and that Trump’s fate was a result of his supposedly totalitarian policies and therefore deserved.

From an historical perspective however, does Trump constitute an exception to the rules? Is there something unique to him that warrants such treatment by the MSM? I don’t recall him seizing power in a coup. Further Trump does not possess any positive qualities or character flaws that we haven’t already seen in multiple past Presidents. The only thing unique to him is that he came out of nowhere. He had no prior political or military experience. No one has ever done what he did but that doesn’t make him a villain by default.   In a fight this vicious, one side is going to ultimately prevail. I don’t think it’s a situation that will end in a draw. I don’t think it’s a situation where the loser limps away. It’s become all or nothing. The MSM has picked its hill: Destroy Trump at all costs.

Try not to laugh, but let’s play devil’s advocate and give CNN, The Washington Post, and The New York Times the benefit of the doubt and assume they truly believe in basic American values and as a corporate citizens of the United States support things that are in the best interests of this country. Once again, try not to laugh, but let’s say that these organizations have well-established Codes of Ethics and endeavor to hire only the very best journalists/reporters and that the quality of a journalist/reporter is based on their ability to report events from a factual non-biased perspective. I don’t have a journalism degree, but I would like to think that students are taught the difference between reporting and editorializing and that true pros always adhere to such basics.

Finally, suppose these organizations take their responsibility seriously and follow The Washington Post’s motto: “Democracy dies in darkness.” To me, that means a legitimate news organization should seek to expose and/or enlighten us in regards to any and all issues that are relevant to American democracy. This means investigating and scrutinizing all major players in local and world events. This means assigning some reporters to examine the positive aspects of Trump as well as assigning some reporters to cover the negative aspects of Trump. It also means assigning some reporters to examine the positive and negative aspects of Trump’s opponents. If democracy truly dies in darkness, then it’s incumbent upon MSM to provide us information from all angles. This means reporting both the good and the bad about every significant person, event, and policy from multiple perspectives. Who could argue with such a noble mission? It would entail a selfless search for the truth with the motivation being to inform the public so they can reach their own conclusions. If a news organization is unwilling to abide by such a code, they cease to be legitimate.

Unfortunately the media’s mission has become a never-ending effort to influence the public’s opinion. Why? What could possibly justify such a departure from principles of integrity? Take our justice system. It is based upon the principle of ‘innocent until proven guilty beyond a reasonable doubt.’ Central to this principle is that the accused has a right to a defense attorney (paid or appointed). Only God knows everything, and I firmly believe He will judge us all in His time. Absent that, our earthly justice system has to suffice. This means sometimes the guilty will go free and the innocent will be punished. I wouldn’t want to defend a person I thought was guilty of murder or other terrible crime, but if I am a defense attorney, I absolutely have to provide the best defense possible. To do otherwise would have serious implications and constitute a major act of unprofessionalism. That role has to be carried out to ensure justice prevails from a national standpoint. Otherwise, any of us could be thrown in jail without due process. I believe news organizations should endeavor to the same high standards of professionalism. To do otherwise threatens democracy and the health of individual communities as well as the overall well-being and smooth functioning of the country.

There is only one other President in American history who could empathize with the widespread hatred aimed at Trump and that’s Abraham Lincoln. Like Trump, he was elected to serve a severely fractured nation. Lincoln wasn’t to blame for the factors that led to the Civil War. The country was barely holding itself together when he was elected and split before he even took office. Lincoln is considered our greatest President because he put the country back together. We can all admire Lincoln for ending slavery and preserving the country. However, I have even greater respect for the man after seeing the hateful vitriol direct at Trump. Lincoln was absolutely despised in the states that seceded and by a large segment of the population that remained loyal to the Union. The current political climate puts Lincoln’s greatness into better context for me. The man succeeded despite the fact most wanted him to fail.

Those who opposed Lincoln during his Presidency would probably not want their names associated with those who laughed and mocked him. The United States survived its worst crises due to Lincoln. If we are a nation still blessed by God, this country will survive it’s current divisions. Trump is the rare person who comes along and forces people to confront the issues that divide us. It’s all coming to a head. I believe Trump is 100% pro-American. History may very well show that it was Trump who put this nation back on the right path. If America is to survive, it will probably have to reflect that fact. Therefore, when the United States emerges from its current crisis, it will be the MSM that will be vilified by history. They have picked their hill…and it’s not the hill flying the American flag.

Is This Really the Healthcare We Want? There Are Simpler Solutions Available