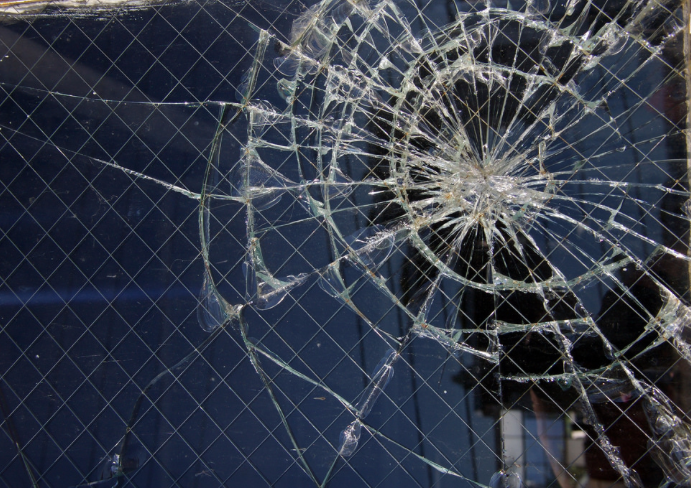 Despite living in the internet age when more information is available than any other time in history, the American public is probably the least informed it has ever been. This isn’t the fault of the average American, but is the end result of news operations (paper, radio, and television) who have gradually lost their objectivity and ethics. The reality is that we don’t have anyone we can trust to provide us with unfiltered, factual accounts of current events. Most of us don’t have inside access to Washington or other corridors of power, and very few people are in a position to see major events for themselves. So unless you have first-hand insider knowledge, the best any of us can do is sort through all the various news sources and try to make sense of things yourself. This requires a lot of effort and reliance on our own powers of deduction and hoping we are knowledgeable enough to see through the lies.

With today’s non-stop Trump bashing, many are probably not even aware of why they hate him in the first place. Standard operating procedure seems to be this: If the story is anti-Trump in any fashion, run with it. It doesn’t matter how outlandish or questionable the story may be, all that matters is reminding the public how terrible Trump is for the country. At some point the rank and file MSM have convinced themselves that fighting and undermining a legitimately elected President is a righteous and morally justified crusade. Further, they have become delusional enough to actually believe they are the ones being persecuted despite the fact that they themselves are the aggressors.

It reminds me of the old saying, ‘people in glass houses shouldn’t throw stones.’ Who made up the rule that people in the media are off limits? If the press wants to fire verbal bricks, mortars, cannonballs, and even the proverbial kitchen sink at a president then they should expect consequences. The First Amendment means that neither Trump nor anyone else can shut down the media. However, it doesn’t mean the man has to sit there and take the abuse without retaliating. If they want to attack him, is he not allowed to respond?  Talking heads on television are perfectly fine verbally abusing the Trump Administration, casting dispersions on the Trump Presidency, and calling into question the integrity and motivations of Trump himself–so who is the real bully here?

America’s media is a powerful, elitist instrument that sees itself as a ‘protected group’ above criticism.  You have one side that sees aggression as their exclusive right.  They believe President Trump is supposed to take whatever they dish out and never respond. Do people actually think the President, simply by virtue of being President and forgetting he is a human being, always has the upper hand and is thus never the victim? The President has every right to fire verbal stones right through the media’s glass house.

The mark of a true bully is their reaction to resistance. The bigger the bully the louder their cries when someone finally fights back and challenges them. So it was no surprise that when Deputy White House Press Secretary Sarah Huckabee Sanders justifiably criticized CNN for its bogus coverage of the non-existent Trump-Russia connection, the press reacted strongly with righteous indignation. Specifically, it was a reporter from Playboy Magazine who cried foul. ‘Oh how dare the White House say anything negative about the Press…’ never mind that the Press has exhibited unprecedented hostility towards Trump. That reporter, in my opinion, spoke for all of mainstream media. There is no question that they see Trump as bullying them. It’s delusional.

As a side note, why does Playboy Magazine have White House credentials in the first place? I thought leftists were all in favor of equal treatment of women. How can a magazine that is the epitome of objectifying women in a vulgar manner continue to exist? On the other hand, Sarah Huckabee Sanders is an excellent role model for young girls. She is a truly strong woman to have the guts to speak the truth in front of an incredibly hostile group.

Of course the big news last week occurred when Trump tweeted about the hosts of MSNBC’s Morning Joe (a typical MSM vehicle that promotes anti-Trump sentiment), calling them ‘Crazy Mika’ and ‘Psycho Joe.’ Media types everywhere went absolutely insane, acting as if the innocent media had been attacked by ISIS. As they see it, it was the mean Mr. President picking on two mild-mannered people who had done nothing to provoke such a tweet. To add fuel to the fire, these hosts now claim that the Trump White House threatened to let The National Enquirer run negative stories on them if they didn’t apologize to him. The way I interpret their crybaby response is that perhaps Trump did suggest that he would allow a legitimate media source to fire back at them (and yes, the Enquirer isn’t any less accurate or reputable than other media outlets these days and in fact are probably one of the more accurate news sources these days…)

The term ‘fake news’ isn’t correct because it doesn’t fully describe what’s happening in America today.  The more accurate term is propaganda, a far more sinister word but it describes the media coverage of Trump as not only biased but also aimed at furthering a leftist political agenda. Further, propaganda is used to undermine the ability of the President of the United States to do his job. The tabloid Weekly World News was ‘fake news’ because it was largely fictitious and they didn’t expect to be taken seriously. However the mainstream media is taken very seriously and treated as “factual” despite inventing the most negative Trump headlines possible (just barely avoiding outright slander) by issuing op-ed pieces that are passed off as actual news. If I were to believe MSM and just took what they said at face value, I would have to conclude Trump’s election was orchestrated by the Russians and that Vladimir Putin is actually running this country via proxy. And on that subject, the Trump-Russia narrative isn’t a story or issue at this point. It’s time to stop talking about Russia and every other unnecessary distraction for the following reasons:

We live in very volatile times and it’s sometimes difficult to sort the good guys from the bad guys and discern the truth from the lies–but there is a very real, very dangerous battle being waged between the media and the White House. On one side, the press is working overtime to stir up anger and distrust towards Trump and all Republicans and we’ve already seen violence occur because of this.  On the other side, we have a regular citizen and very human president trying to “keep it real” via social media, most notably Twitter.  It’s true, President Trump doesn’t do things the way other presidents have done, but perhaps this isn’t the time for a “regular” president.  And if not for Twitter, how else would we really know what’s going on, because right now none of us can or should trust the media to tell the truth.