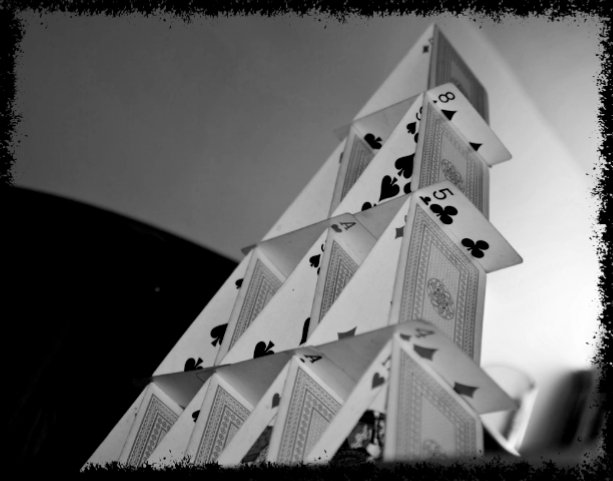 “Language is the House of Being. In its home human beings dwell,” wrote Martin Heidegger in his Letter on Humanism. At another place he states that the “devastation of language not only undermines aesthetic and moral responsibility in every use of language; it arises from a threat to the essence of humanity.” Any manipulation of our language, our tolerance of its maligning and disfiguring, our reluctance to enforce its learning in our country cuts at the very core and essence of our being.

I lived in the country whose people were completely distorted and maligned by the socialist appropriation of language. The past was erased and rewritten. The present was mercilessly enforced as “the right way” and “the only way.” In those days, every sentence started with “Comrade.” We had “Comrade teachers” and “Comrade coaches,” your boss was a “Comrade” and shop assistant was a “Comrade.” There was no doctor unless you would say “Comrade doctor” – clearly placing “Comrade” before the title, degree, name… thus cutting down everyone to the same level. If you have seen those documentaries and films about the French Revolution and the rule of terror that followed, where everyone referred to everyone else as a “citizen” – that is what I grew up in: except we would say “Comrade.”

Today, when the modern New Left argues that everyone should be a citizen and every citizen a citizen of the world (globalization) and there should be no borders… that is the motto of the Communist International. (Comintern, founded by Lenin in 1915, followed Karl Marx’s Communist Manifesto’s mottoes: “The working class has no country!” and “Proletariat of all countries, unite!”)

In front of it lies the paradise of glittering tomorrows, absolute equality, borderless world, eternal peace, world without weapons… Behind it? Steamrolled dead bodies of great individuals, inventors, scientists, men of honor and achievement, but also starving crowds and dissatisfied masses on drugs eating excrement with pasta (currently being reported from Venezuela).

It always starts with language: lack of respect for old values, proper grammar and polished, polite, free expression. This lack of respect is mandated by political correctness, abolishing books, certain words, removing monuments, giving speeches about the evils of capitalism and free market economy. The Left creates symbols of evil (e.g. Wall Street) and icons of “the truth” (e.g. Ceausescu) – because they have the monopoly on truth! I mention Ceausescu, because that is where I saw it in a most striking manner back in 1987 when I visited the country: there were large commie-style portraits of Ceausescu on every lamppost, billboard, shop window…

By “commie-style” I mean what you may have seen in the recent portrait of Obama: striking features, sharp, firm chin, eyes staring into distance, bringing you the message of “glittering tomorrows,” colors warm and hot: red, yellow, some blue and white: the icon fighting for the proletariat, representing the “resistance.”

“What are you resisting?” one might ask.
“Evils of the past,” they would answer.
“But they are no more.”
“Yes they are, they are everywhere,” they shout back at you. “If you do not see them, you are not being honest, you are a subterfuge, an undesirable, unwanted element – evil, racist, homophobic, whatever-we-love-phobic rat!”

It’s all over the same thing again and again. People need a leader, not an idol. Alas, plunged into the black-and-white land of indoctrination and socialist lies, they cannot see the difference!

When you distort language, you also mask the truth, the most fundamental of truths: the difference between good and evil. I learned about good and evil from fairy tales. Modern children watch television where a fuzzy doll speaks about refugee camps: “Children are all the same there as here, like you are…” What am I hearing? “Proletariat of the world, unite!” “There are no borders for the working class!” “Children of socialism, socialist youth, children of communist revolution, follow the path to the glittering tomorrows, the path you see in the portraits of your Comrade Icon!”

Then they grow up and have to face the real evils of the world – unable to tell which is which, where to turn, ever so vulnerable, insecure, susceptible to indoctrination… and realize that the language they were taught is not a house of being but a house of cards. What is more, in the essence of being, their very humanity is undermined.

Melanie Collette: Blacks, Bringing Back Segregation to America: Are They the New Racists of the 21st Century?