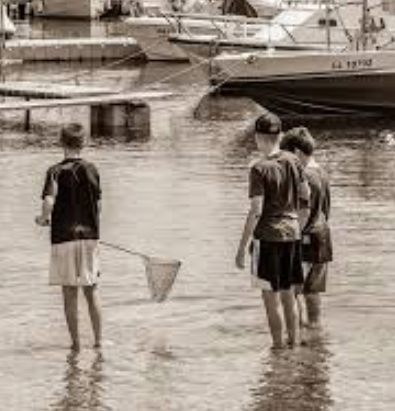 John Kuebler once said: “Show me your friends and I’ll show you your future.” And boy, did he have it right. But it’s equally important to take into consideration that it’s not only our future at stake, but also the future of our children. The people we choose to surround ourselves with have a huge impact on what our little gifts from God will ultimately become…ultimately believe.

My older children, Aaron and Tara, grew up in a tight-knit community surrounded by our family and dozens of close friends who saw the world through the same lens we did. There were a lot of watchful eyes on them, which kept them accountable and made it easy for them to make good choices.

Things weren’t so easy with my youngest daughter Ana. We moved to Florida when she was only five, and unlike her two older siblings she did not grow up within that same type of community. She often struggled with our rules because no one in her circle of friends was held to the same high standard that we placed on her. In her tribe there was no accountability.

Each of my children turned out to be amazing adults, but it is important to realize how environment plays a role in a child’s development. Because Ana’s childhood was basically “tribeless,” rearing her was, in all honesty, much more difficult than rearing Aaron and Tara.

My son Aaron went on to become a United States Navy SEAL. He loved this country and died protecting it. After Aaron’s death I spent a lot of time looking back…reflecting. I tried to figure out what my husband Billy and I did that created three kids who all became formidable adults. That is when I realized there is a process to creating strong, honorable children. And while society crumbles around us, I wanted to share these lessons with parents all over the world. That is what inspired me to write my book, World Changer.

World Changer honors Aaron’s sacrifice while providing parents with practical tips on how to raise children who live their lives so well that they leave a legacy. At the end is a study guide, created by my daughter Tara and I, that provides readers with insight into raising strong, independent and courageous children. Because after all, isn’t that what we all want for our kids and the future of America?

Aaron lived a life filled with love and integrity. He was a man of honor, bravery and strength. And while Billy and I can’t take all of the credit, we know there are reasons he became the man he was. And his tribe – his friends, family and church body – are certainly to thank.

So for all of the parents out there: Think about who your kids spend time with. Is your community close? Do you have a lot of family nearby? Are you part of a church? If you have a strong tribe, it will make parenting much less stressful. I promise.

Karen Vaughn is the mother of fallen US Navy SEAL, Aaron Carson Vaughn (SEAL Team VI). Since losing Aaron, Karen has emerged on the national scene as not only a powerful spokeswoman for our defenders still fighting on foreign soil and securing peace across the globe, but also as an advocate for a better, stronger, more resilient America. Karen is also a best-selling author of "World Changer: A Mother's Story." Karen has been married to Billy Vaughn for almost thirty-seven years and still believes her greatest accomplishment on earth was raising her three children, Aaron, Tara, and Ana.

The Five Worthy Battles Feminists Should Be Fighting...But They Aren't