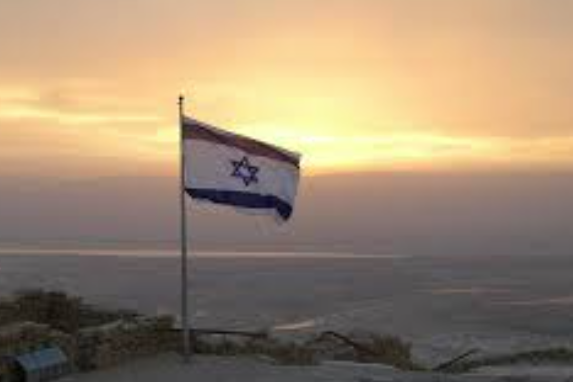 Ever seen how a jackal kills its prey? Usually, it doesn’t kill it with one blow or bite? It surrounds it, it challenges it, it probes for points of weakness. It then gets its claws around the neck of its prey and won’t let go. Whenever the animal struggles it makes itself weaker.

This is what we have been seeing from Israel. We are caught, like an animal, unable to shake off the obsessive hunger of those who have their claws into us and want to kill us.

Like the wounded animal, we didn’t assess the threat, nor appreciate the real danger. In nature, the targeted animal often appears to be so powerful that it could easily resist the deadly jackals. They thought their strong and non-offensive posture would appease the hungry killers into not attacking.

Like the wounded beast, Israel finds itself caught in a trap of its own making. Like that animal, Israel is caught in the jaws of those that want to destroy us.

How did we get to the point that a strong Jewish State is strategically so meek that we have too readily surrendered Judaism’s most holy site to a comparatively weak adversary? It’s down to a failed policy of playing nice.

The thrilling historic announcement, exactly fifty years ago, that “The Temple Mount is in our hands” was true – for a few days. Playing nice began half a century ago when General Moshe Dayan countermanded Motta Gur by saying about the Temple Mount “What is this? The Vatican?” and handed the administration to the Muslim Council. The battle then was not against Palestinians. Israel was fighting a defensive war against invading Arab armies bent on our destruction.

The baying Palestinian protesters recently shouted that the Temple Mount is for “Muslims and Palestinians only.” Jews and Christians. Throw away your bibles. The Israeli Government has failed you. Through a fear of being disliked, we have adopted an assimilated Jew psychosis, of trying to appear nice or appeasing the goyim and the Muslims, yet we still fail to win friends or influence people. It is we that are being influenced to surrender all too often and too easily.

We can feel the claws of our enemy embedded in our flesh. Like wounded animals we are either frozen into inaction or, worse still, make decisions that tighten their deadly lock on our carcass.

We may pretend that Jerusalem is the undivided capital of the Jewish State but there are parts of Jerusalem where the municipality fear to tread, places where obsessive Jew hatred and a desire to see the end of Israel is growing. People are not aware that in this part of our “undivided capital” football cubs play under the auspices of the Palestinian Football Association and their champion team supervises soccer tournaments honoring killers of Israelis without any response from our government against this incitement to terrorism being practiced in Jerusalem. The government has behaved in the most supine manner against this close and immediate threat. They won’t stamp this out because they don’t want to upset anyone.

We have lost not only our courage but our moral compass.

We are in a battle for survival that can only be won by victory over those trying to destroy us bite by bite.

The Israeli Government must open up to a serious dose of strategic reality therapy. We are on the path to our own destruction. It is time to go on the offensive with courage and commitment. No other remedy can result in permanent peace. Germany and Japan surrendered only after being brought to their knees. Using this analogy, only when the Palestinians have been brought to the point that they admit defeat, give up on their obsessive Jewish hatred, their feverish martyrdom complex, and an overarching ambition to destroy us, can any form of peace take hold. They are the ones, not us, who need to make painful concessions.

As Daniel Pipes of Middle East Forum wrote in January, “True peacemaking means finding ways to coerce Palestinian to undergo a change of heart, give up rejectionism, accept Jews, Zionism, and Israel. Defeat compels them to come to terms with their irredentist fantasies and empty the rhetoric of revolution.”

To achieve that, Israel has to extract itself from the psychological and strategic trap it has set for itself.

BREAKING: Preibus OUT, General IN As Chief of Staff