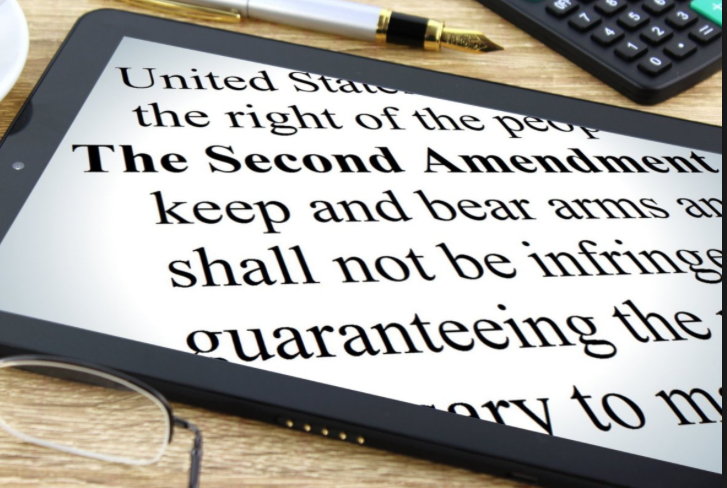 Scanning through the emails this morning took me to the Edweek.org website to read an article that caught my eye. It also made me laugh, nearly cry, and become a bit unsettled in the gut as I read it. The article’s title, “What Doesn’t Belong in a Teacher’s Desk: A Gun,” caused me to eagerly (at first) read it in hopes that there was an opportunity to let the writer know that I agreed with his title statement completely. A gun is the last thing that should be found in a teacher’s desk and if he was at all familiar with firearms, he would understand that a correctly holstered handgun is no threat to anyone.

However, nothing in the article was about keeping a firearm in a teacher’s desk. It was the idea of firearms anywhere near a classroom, or school for that matter, that disturbed him. It contains any number of silly objections primarily centered around the safety issue alleging accidents happen when you have many students and one teacher.

There was even a concern expressed that one teacher he allegedly spoke with suggested that if a kid wanted to hug her, she’d “reposition her firearm [on her person, not in her desk] so that it didn’t interfere with the hug.” Seems completely reasonable to me. Or was he more concerned about the student knowing or feeling that she was armed? If children are taught to respect firearms instead of being afraid of them, they would understand that it was there to protect them and nothing more.

The most disturbing thing about the article was its lack of actual objectivity regarding how the teachers in Colorado are being introduced to the concept of firearms in the classroom. Training! To this, he gave no credits but only mentioned it as being where the teachers were when they made the comments quoted.

Training is essential for anyone whether connected to law enforcement or a private party carrying a firearm for personal defense. It is also one of the concerns I have with the “constitutional carry” movement that is pushing for the right to carry without a training requirement. We are required to take a test to drive a car, are we not. But I digress.

The bottom line for me is this: The decision to allow teachers to possess firearms (concealed) on their person (as opposed to left accessible in their desk), is a decision for the local or state school system concerned. It is not something that universally fits every school in America. But where there is support, it should not be denied if for no other reason than those teachers’ personal self-defense. Just because they are employed as teachers should not negate their right to defend themselves. To the contrary, they are assigned the responsibility for the care of their students. How can they adequately do that without the proper tools…including armed defense in an active-shooter situation? A firearm is just a tool, an inanimate object, intended for useful purposes.

We must also keep in mind that time is of the essence in responding to an active-shooter event. It comes down to that old saying, “When seconds count, the police are only minutes away.” How many times can a shooter empty and reload a 10-round magazine in the time it takes the police to arrive – even if one is somewhere on the campus, much less across town?

With proper training and personal willingness to accept the accompanying responsibility – which is considerable – firearms in the classroom present no meaningful threat to teacher or student. To argue against such a policy based on scant evidence and questionable reasoning is irresponsible and demonstrates more about the writer’s mindset regarding firearms than any threat presented by their presence.

Women: If You Can't Bark With the Big Dogs...