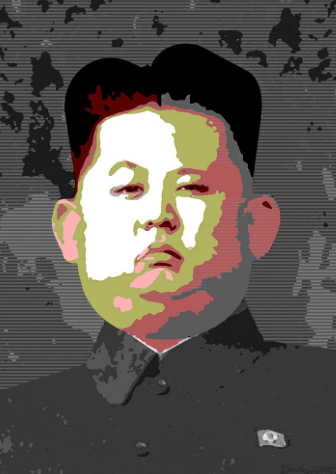 Last week President Donald Trump met with a group of Christian ministers in the Oval Office. During the meeting they prayed for the President and laid hands on him. Predictably, CNN and other MSM criticized this as a violation of Church and State. You might even call their reaction one of utter confusion. Heaven forbid they actually view this meeting as genuine expression of Faith as opposed to a politically-aimed move at winning over Evangelical voters.  Who is anyone to judge him other than God? God provides comfort and guidance in our times of need and in our darkest hours, and with the attacks coming from all fronts this president needs it.

Eventually, Pres. Trump is going to have to confront a dictator in North Korea who has both nukes and the means to deliver them. It’s like playing a game of chicken where two cars drive towards each other and the one who swerves first is deemed the ‘chicken’. I don’t see North Korea swerving. I’m also pretty sure our involvement in the game isn’t going to be optional. Trump is going to have to go head to head with a nuclear locomotive. If that situation doesn’t bring a person to their knees in prayer, nothing will.

All of us are sinners. Personally, I believe Donald Trump has always had a spiritual side to him. He isn’t a career politician and doesn’t have a lifetime of experience pretending to be someone he isn’t, or trying to represent beliefs he may or may not possess. What you see is what you get. So yes, the President definitely needs our prayers. Imagine his daily existence. While the press keeps criticizing him over made-up Russian connections designed to cast doubt on the legitimacy of his presidency, Trump has to deal with extremely important crises and decisions. If I had to face such an overwhelming issue as nuclear war, knowing that my decisions could potentially result in the deaths of many millions of people, I’d want every minister in the country laying hands on me.

Imagine you are an American in October of 1962. Your greatest fear and concern is going to be the Cuban Missile Crisis, especially if you live on the eastern seaboard. That is the headline dominating the news. If you are religious, the main person in your prayers is going to be President John F. Kennedy. We were eyeball to eyeball with the Soviets. It was the closest we ever came to full-scale nuclear war. The USSR supplied nukes to Castro’s communist regime at a time when both the USA and USSR measured their strength by the number of nukes they had aimed at each other. Their reasoning was based on the need to maintain a stalemate in which nuclear war would result in mutually assured destruction.

Can you imagine the press in 1962 disregarding the buildup of nukes in Cuba and focusing all of their attention on attacking President Kennedy? If they had been so inclined, they would have had no shortage of topics on which to blast him. Fortunately, they left the man alone and let him negotiate an end to the Crisis. Flash forward to 2017. Like Kennedy, Trump has no shortage of enemies within the Federal government. Unlike Kennedy he has a press that is unhealthily obsessed with removing him from office. Meanwhile, like Kennedy, he faces a communist regime (North Korea) that possesses nukes…and the media isn’t covering it.  On the good side, I suppose it spares the vast majority of the American public from feeling utter terror, but on the bad side, they are creating a completely uninformed population and widespread domestic opposition to a man who urgently and desperately needs our prayers and support.

And why are we not seeing the North Korea situation all over the news?  It’s not in dispute that Korea possess nuclear weapons. They have detonated them. On July 4th (a date obviously chosen to send the U.S. a message) they launched an ICBM that landed near Japan. Kim Jong-un isn’t your average dictator either, with his people brainwashed to believe he is all-knowing as he is descended from a divine being. Unfortunately it’s difficult to find much information about him and in fact, while searching new articles about the dictator, the most recent source of information regarding him is NBA legend Dennis Rodman. Jong-un’s rule in North Korea is absolute and criticism of him is a capital offense.

The situation with North Korea is the poster child for how worthless MSM has become. They would rather spend all their time taking pot shots at Trump instead of pursuing a story that could potentially end in Armageddon. Jong-un doesn’t impress me as the type who can be reigned in by economic sanctions, especially when Russia and China are doing business with him.

Truth is, he seems to be daring the U.S. to attack him.

President Trump inherited this but he certainly didn’t create it. Years of appeasement have resulted in an impossible situation. The press will blast him no matter what he does. In a world that seems hellbent on global rule, the whole world would rather condemn Trump and not Jong-un if anything happens.

Unlike the war in Iraq in which there were legitimate questions as to whether or not Saddam Hussein had WMDs, we know for a fact that North Korea really does have nukes and has repeatedly threatened to use them!

President Truman made the decision to drop two a-bombs on Japan to end the war. He did it to prevent upwards of a million American casualties had we been forced to invade Japan. However, Truman also didn’t have to worry about news media going in and doing live reports from ground zero showing the devastation either. As the only country to ever suffer a nuclear attack, Japan’s constitution forbids use of military force to settle international disputes. Their military is only for self-defense. Ironically, the United States now finds itself as the only country that may be able to protect Japan from another nuclear attack. I would imagine the mood in Japan is pretty grim…and we should be feeling the exact same way! North Korea could conceivably attack Alaska, California and who knows where else with nukes. I have to assume Trump is given accurate security briefings each day. We’d all likely be scared to death if we knew the full extent of the crisis.

Ultimately, President Trump has no easy answers. If he nukes North Korea, millions will die, plus he has to worry how the nuclear fallout will impact other countries. Surgical strikes seem to be problematic because we can’t anticipate North Korea’s response. We have to assume North Korea also has biological weapons as well. Add to that the possibility it could put is in a nuclear face-off with Russia and China and the severity of this mess is apparent. However, if Trump does nothing militarily, North Korea may very well launch nukes. Imagine living with that if you knew you could have stopped it. At least the USSR didn’t wish to commit suicide. In 1962’s game of nuclear chicken, both countries swerved. I’m not sure North Korea either understands or cares about mutually assured destruction.

Now is the time to get behind President Trump. He is in the same spot as JFK was 55 years ago. You pray for a man in that unenviable position. Period. May God grant him strength and wisdom.

The Women's March Of Misrepresentation And Propaganda