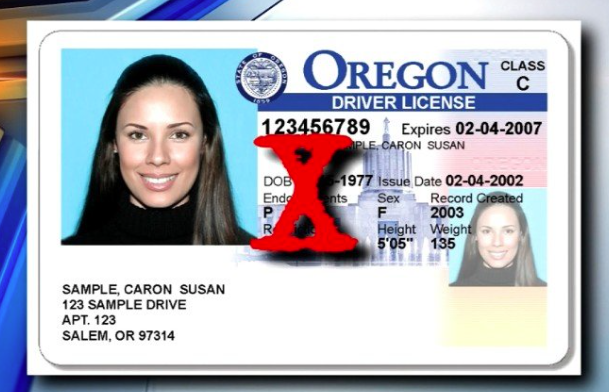 It is an absolute waste of time to long for the “old days” of acknowledging men as male and women as female. The days of believing anyone truly “knows” their neighbor or coworker are no longer determined through relationship and physical characteristics. It is now determined by the local City Council and their steam engine determination to make a small constituency feel at peace with the decision they have made in their hearts and minds.

For those with a more conservative point of view, it is time to insure not only our seat belts are buckled, but our insanity as well.

On June 15, 2017, the officials for the state of Oregon approved the addition of gender-neutral identification to state IDs. The option for applicants went into effect July 3. The District of Columbia (Washington D.C.) is right on Oregon’s heels in creating the same acknowledgement. Both jurisdictions will use ‘X’ as the gender identification for gender-neutral applicants, rather than the customary use of “M” for male and “F” for female.

This move to blur the lines of gender and genetics may be worse than a sheet of black ice on a wintery highway. As we accept and legalize these types of changes in society, we change the definition of God’s creation.

There is much to be considered and said for accepting each person “as they are”, whatever that may appear to be to us personally. Christ accepts everyone as children of His Father, however, in love, His teachings were adamant that all knew what God truly wants for His creation.

When society creates an “X” factor to define a human being, we lessen the value of that person whether it is at their request or not. An “X factor” is described as “a hard-to-describe influence or quality; an important element with unknown consequences”.   No matter what an individual thinks of themselves, God loves each one. “God created mankind in his own image” (Genesis 1:27 NIV). From the moment each person is conceived, God knows the plan and path available for our life. Because of the fall of man (Genesis 3), sparked by man’s allusion of the potential of being equal to God (Genesis 3:5), humans now suffer with a perpetual angst of never feeling “right” or “comfortable” internally, and the simple truth of being created in God’s image can be lost in the constant struggle between good and evil.

An “X” connotes an unknown.

There are no unknowns to God.

God spoke directly to the Prophet Jeremiah saying, “Before I formed you in the womb I knew you” (Jeremiah 1:5a NIV). King David praised God for His ever present knowledge of David, prior to his birth. “For you created my inmost being; you knit me together in my mother’s womb. I praise you because I am fearfully and wonderfully made; your works are wonderful, I know it full well. My frame was not hidden from you when I was made in the secret place, when I was woven together in the depths of the earth. Your eyes saw my unformed body; all the days ordained for me were written in your book before one of them came to be.” (Psalm 139:13-16 NIV). These two examples were purposefully included in the Bible to assure all mankind of the true knowledge God has of His creation.

The New Testament also included reminders of the importance each person has in the mind of God. Matthew 10:30 as well as Luke 12:7 tell us God knows the numbers of hairs on our heads. Jesus explained in Luke 12:6, how important we are to God by saying, “Are not five sparrows sold for two pennies? Yet not one of them is forgotten by God.” If God knows the number of hairs on our heads, even if we have no hair, and never forgets one of His creations, even something as small and nameless as a sparrow, why should we, as a society, allow someone to be demeaned to the value of an unknown? An “X”?

Is there a chance society has all of this wrong? Yes! A definite chance. In the godless attempt of inclusion, we are continuing to lessen the value of a human life, with a symbol which has no meaning.

People struggling to fill the void in their life need to be shown their value. Value does not come from man’s definition of equality on a state issued driver’s license or ID. Value is given to an individual, male and female, when that person realizes their true value and purpose in God and how that fits in with society.

Gender identity isn’t what “drives” us. We find our true purpose and identity, through Christ, and we begin to travel the road created just for us by God!

Daniel Greenfield: America is Not a Nation Ruled by Judges