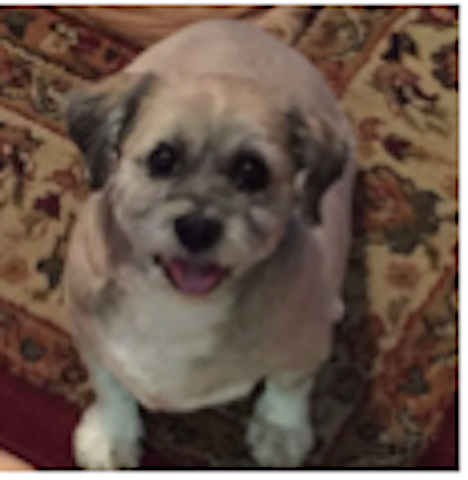 A few months ago, I mentioned to my brother that one day I would like to write a book. He encouraged me and asked if I had a working title. I have a general idea of what I would write about but I hadn’t thought about a title, so I decided to joke with him and give him a completely absurd title. So, I said the first thing that popped into my head: ‘Dreams from My Brother’s Dog.’ If you are familiar with political literature you will know where I got the inspiration for that title. Obviously, I was joking, but gradually I am reaching the conclusion that such a title may not be all that absurd after all. We live in a world that has gone from the sublime to the ridiculous.

If my brother’s dog ‘Spot’ (not his real name…he asked for privacy) were a person, he would definitely be a Democrat. He is lazy and unambitious. His father was a top show dog, but ‘Spot’ is way too overweight to ever participate in any such competition. He would be content with a participation trophy. We joke that ‘Spot’ has a sense of entitlement because he doesn’t behave in a manner consistent with his breed of dog. Rather than bark and warn my brother’s family when strangers approach, he runs and hides. He wants all the perks without doing any work. I suppose you could say he supports an ‘open society’ because he is unobservant and presumably overly trusting. I love ‘Spot’ but even my brother would admit he isn’t a particularly smart dog…a quality that may have actually saved his life.

Years ago, tragedy struck and my brother’s house caught on fire. I will never forget the fear I felt as I ran to my brother’s house. I didn’t care about anything other than knowing my brother, sister-in-law and nephew were all ok. Once I knew that, I asked about ‘Spot.’ My brother said he didn’t make it out and was sure ‘Spot’ had succumbed to smoke inhalation. He had written his own dog off. I didn’t share in the pessimism. Whenever my brother’s family went out of town, I would take care of ‘Spot’ which was a highly frustrating task as ‘Spot’ acted as though I were a stranger and always hid under the bed in the master bedroom. I knew if ‘Spot’ had hid under the bed during the fire he would have likely survived because it was the furthest point from the fire and smoke. Sure enough, the firefighters brought out ‘Spot’ …alive and kicking.

At this point you may ask yourself: Why should I care about this dog? The answer is you shouldn’t. I’m sure no one wants to hear about a dog dying, but other than that, there is no reason you should be interested in a dog you have never met. That’s what I thought…until I opened a Twitter account for my own dog (who would like to remain anonymous).

I thought it would be humorous (only for people in my immediate family) for my dog to ‘post’ Twitter comments. Almost immediately, I found a couple of things a little disconcerting. First, my brother texted me and said he saw where my dog ‘created’ his own Twitter account. I hadn’t told anyone I was doing it, so I was alarmed he somehow knew (the answer was I used my cell phone # and that somehow alerted my brother). Second, I noticed that two people I don’t know and have never heard of looked at my dog’s Tweets. One person liked a Tweet he made sarcastically praising the bravery of my brother’s dog. Another person actually re-tweeted one of my dog’s ‘Tweets’ where he called my parent’s new dog ‘a complete disaster’ (a phrase President Trump is fond of saying).

This left me with a major question: Who has time to look for Tweets that are meant to be from a dog? I wrote the Tweets as though they came from my dog. He can’t talk, though I’m sure some of the whackos from CNN would give him airtime to voice his opinions if I told them he hated Trump. However, that isn’t the deal. The Tweets were what I think my dog would say (with some literary creativity) about family members. Why should anyone care? Its’ meant as an inside joke. I don’t understand why or how anyone would pay attention. Is it proof that the world has gone nuts?

What would happen if I had my dog become a political activist? How absurd would that be? Suppose I make him a leftist. I wonder how many followers he could attract? It would be fun to see but I have better things to do and so does my dog.

Still, I think this situation serves to highlight how information is spread in the modern age. Where do people get their information? Who controls the dissemination of information? In the wrong hands couldn’t the internet be censored and manipulated to portray a totally false view of the world? If that is the case, couldn’t it also be designed to prevent us from finding anything contrary to the narrative being portrayed? Aren’t paper books gradually being replaced by ‘e-books.’ At some point, there will be no paper books you can physically look at and read…books that may offer viewpoints at odds with a propaganda inspired narrative. I find that terrifying.

I fear for our children. This past school year my daughter told me she had to write a biography of Marie Curie. I offered to help her do research on the famed scientist. My daughter said that wasn’t necessary as the biography was to be based on information provided by the school. I found this appalling. What if the story the school provided her was wrong? Suppose it said Marie Curie was a nurse who served in World War I? I’d rather my daughter read various sources for herself, not depend on the school’s research. Marie Curie was a significant scientist. My daughter told me the people other students were assigned. Some were definitely political figures. A scientist’s accomplishments are pretty straightforward for the most part. The motivations of political figures aren’t as easy to clearly define. I really don’t want the school telling my children how to view these individuals. How do you spin a generic narrative for a complex personality?

As a nation are we becoming dumber? Rather than the internet serving as a way to inform everyone about multiple perspectives on multiple subjects, I see the opposite. From people who insist the world is flat to people who insist the moon landings were fake, I see disinformation everywhere. According to some on You Tube a giant planet is going to collide with Earth any day now. Doomsday is imminent. Who am I to argue with that? If people care about what my dog ‘says’ there is no reason why they won’t be interested in what my brother’s dog dreams…especially if he dreams about a socialist utopia. Its’ not that far-fetched.

Metal Detectors at Temple Mount: Necessary or Much Ado About Nothing?