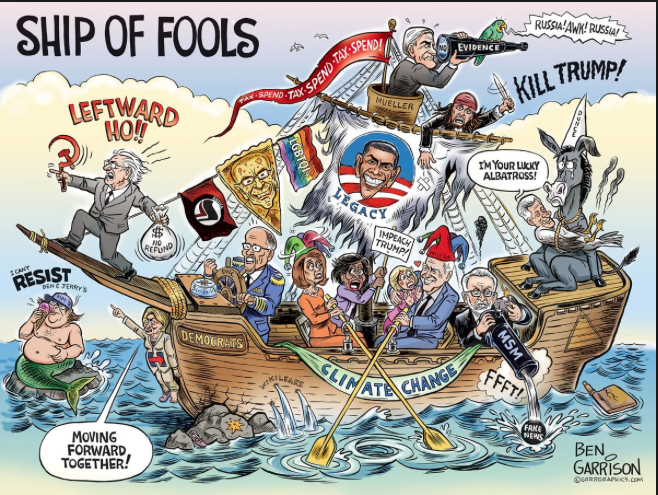 We’ve been saying all year there are millions of disenfranchised Democrats out there, people without a party. Seems they are proving this with their wallets.

DNC Chair Tom Perez recently sent out a fundraising email to supporters claiming, “I know garbage when I see it,” citing that he once worked on a dump truck. It’s ironic that he referred to the GOP health care bill as a “flaming dumpster fire” because he has been presiding over the disaster that is the Democratic National Committee. The organization reported that May 2017 was its worst fundraising month since the Iraq War in 2003, and April 2017 was its worst fundraising month since 2009. In May, the DNC also reported that it has $1.9 million in debt. Despite the fact that former Secretary of Labor Tom Perez was recruited by Barack Obama to appease the party’s donors, lobbyists and PACs, even they have refused to prop up the failing brand.

Not approving of the strategies laid out at a retreat for donors in January 2017, billionaires Mark Pincus and Reid Hoffman started their own political organization, Win the Future. As donors are increasingly tired of seeing their investments go to waste, many have started their own funds or used their access to take over leadership positions themselves—such as Florida billionaire donor Stephen Bittel did to become the Florida Democratic Party chair earlier this year. Democratic billionaire J.B. Pritzker is running for governor of Illinois, and billionaire Tom Steyer is debating running for governor of California. Haim Saban and James Simons poured millions into Hillary Clinton’s presidential campaign, but they have yet to be listed by the FEC as DNC donors in 2017. Additionally, George Soros has only given $33,900 to the DNC in 2017, but he poured millions of dollars into the Democratic Party in 2016.

Democratic voters have so far refused to fill the fundraising void left by the party’s corporate and wealthy donors. Tom Perez is a painful reminder that the Democratic establishment has suppressed reforms that would prove to voters that the party is prioritizing their interests. Democratic leadership subverted pro-Sanders DNC chair candidate Congressman Keith Ellison’s candidacy, ignored demands to ban superdelegates, and failed to re-enact the ban on lobbyist and PAC donations that Debbie Wasserman Schultz lifted to enable Hillary Clinton to keep up with Sen. Bernie Sanders’ fundraising. Perez’s Unity Tour with Bernie Sanders backfired; he was met with boos at several of the tour’s stops and supporters showed up in favor of Sanders—not the DNC.

Dreams from My Brother’s Dog

God Is or He Isn’t