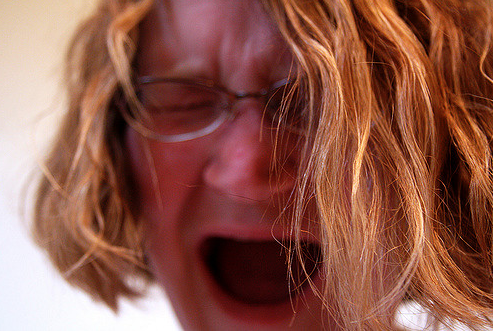 Watching a child covering both ears, teeth clenched and eyes tightly closed, repeatedly screaming, “I can’t hear you” upon hearing something they find objectionable; such as the truth or confronting reality, is somewhat amusing and sometimes “cute.”

The sight of adults exhibiting this child-like petulant behavior, however, is bizarre. A significant segment of the Democrat Party, academia, and the mainstream media ignore the obviousness of the presidential election. These infantile ignoramuses, who, despite the overwhelming victory by Donald Trump, insist Bill’s wife won the election.

These pitiful pundits have illusions of superior intellect and God-like insightfulness; thus they have a divine right to rule over the sweaty, unknowing masses. They fancy themselves far above such trivial matters as reality and truth. These trifles just hold them down and inhibit their ascension to the high moral ground and self-important smugness.

They live, write, and speak using preprogrammed liberal talking points (aka preconceived lies) sprinkled with bountiful fairy dust fantasies. No lie is too great, no conspiracy theory too outlandish to put forth. Liberals never understand the depths of thought and introspection.

Idealistic pipe dreams and living within a fantasy world will not change facts regardless of how one might try, invectives one hurls, or how loudly one screams. Twisted logic, bullying, and misrepresenting truths (aka lying), will liberate nary a soul from the real world. Only truth will set one free and cleanse talking points from an overly programmed mind.

Ah, yes. The starkness of the world can be stone cold sobering, but accepting it can allow one to live at peace with the truth. Behaving like spoiled brats and wailing incoherently is foolhardy. Sadly, liberals are so used to getting their way they pout and insist the world change to fit their warped version of existence.

Observing the leftist loons, Pelosi, Reid, Schumer, Sanders, and all their poisonous, pompous ranting for just one minute, tells us how deeply the new Democratic Socialist Party has tumbled since the John Kennedy’s era.

Come on, all ye left-wingers – may I suggest you put on your ruby slippers, click your heels together three times, and say, “there’s no place like reality,” and maybe you’ll be transported – or should I say, transformed and liberated.

To be perfectly clear, let’s paraphrase the infamous, narcissistic, Barack Obama. Elections have consequences; we won; you lost. Let that penetrate the closed-minded little fantasy worlds of all you liberal ideologues. Changing or making up rules after an election is unacceptable.

Prager U History Lesson: Why Did the Democrat South Become Republican?

Stop Waiting, Pres. Trump: We Have to Drain the Swamp Ourselves