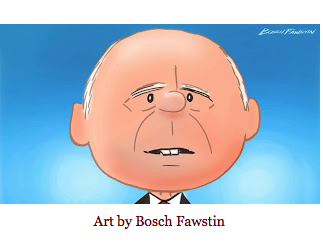 Charlie Brown has been down on his luck before. But he’s never been targeted by an entire state. What insane dictator could possibly hate the lovable Peanuts character? Kim Jong-Un? No, Governor Brown.

Governor Jerry Brown, who despite having slightly more hair than Charlie, is much less popular than Schultz’s beloved creation. And Brown (the one who makes small children cry) is at the top of an insane leftist political system so out of touch with reality that it makes Snoopy’s fantasies seem down to earth.

The blockheaded Brown signed into law Assembly Bill 1887. It wasn’t the craziest thing to come out of the California legislature. That would be the time that the California Senate passed a universal health care bill costing $400 billion a year with no way to pay for it. That’s a tricky proposition since California’s budget is over $100 billion. Foiled again! By 2 + 2 = 4 and the notorious right-wing bias of mathematics.

Still Assembly Bill 1887, by Assemblyman Evan Low, who represents Silicon Valley causing it to be dubbed the “Silicon Curtain”, led directly to banning travel to Kentucky because of Charlie Brown.

The “Silicon Curtain” travel ban was also backed by Nancy Pelosi and the ACLU.

Governor Brown can travel to the People’s Republic of China with its forced abortions and death camps. But a California official can’t travel to Kentucky because he might encounter a Charlie Brown Christmas.

Why do Pelosi, Low, Brown and the ACLU hate Charlie Brown? Maybe their miserable childhoods made them into the miserable adults they are today. And the transformation of California from a democracy into a banana republic run by loony lefties leads to lots of bills with unintended consequences.

Assembly Bill 1887 was passed to ban travel to “anti-gay” states. How did Charlie Brown turn anti-gay?

The story begins with “A Charlie Brown Christmas” when the W.R. Castle Elementary School in Johnson County, Kentucky deleted Linus reading passages from the New Testament. The ACLU took an anti-Charlie position. The Charlie Brown Bill was introduced to protect the religious freedom of students in Kentucky schools. The ACLU again objected. The bill passed over furious Democrat opposition.

Lefty publications dubbed it an anti-gay bill even though there was no mention of homosexuality anywhere in it. Then California included Kentucky on its list of banned states along with Texas, Alabama, South Dakota, North Carolina, Kansas, Mississippi and Tennessee. That’s eight states compromising some 70 million people whom California officials aren’t allowed to visit.

A quarter of the United States of America now officially has California cooties.

The state-funded travel ban was a lunatic proposition when it merely targeted states over gay rights. But it’s escalated to targeting states with various religious freedom measures.

13 more states have religious freedom laws on the books of the kind that California would object to. At that rate, the People’s Republic of California will be boycotting 21 states and 150 million people.

That’s half the country.

The only two border states that California can still feel safely comfortable with are Oregon and Mexico. Not New Mexico, Mexico.

The travel bans don’t just affect politicians like Brown and Becerra, but the University of California. It means football, basketball and other sports teams will have trouble competing outside California. Becerra is “mulling” over whether the ban applies to coaches traveling to games in banned states.

The last time this happened, Soviet athletes were being preventing from competing overseas because they might defect to the free world. Is Governor Brown afraid that California football players, like California businesses, will defect to Texas if they’re allowed to leave the Silicon Curtain?

California is becoming a banana republic with lavish mansions and sports cars, but no personal freedom. Its masters live in terror that its public officials might visit a free state where they can experience an unexpurgated Charlie Brown Christmas or take their groceries home in a plastic bag.

Becerra and Brown are building Berlin Walls against a quarter of the country. And if they insist on outlawing any state with religious freedom, it will quickly become half the country. In China, Governor Brown insisted that California was a nation state that could make its own foreign policy. And declare war on the other states that reject his radical secessionist agenda.

The great irony of this latest assault on freedom is that Evan Low was formerly the Mayor of Campbell: the site of the Pruneyard Shopping Center v. Robins free speech case. But freedom has been foiled.

“The ACLU is proud to stand with our partners and Attorney General Becerra, and do our part to make freedom and justice a reality,” declared the Organizing Director of the ACLU of Northern California.

And how better to make freedom a reality than with travel bans to prevent Californians from experiencing what real freedom is?

These travel bans are cutting off California from America in absurd and illegal ways.

Becerra’s assault on Kentucky is actually in violation of the text of AB 1887 which requires sanctions on states that affirmatively take action to authorize discrimination against homosexuals. The Charlie Brown Law does no such thing. The Kentucky ban is a violation of the law that it’s based on.

But banana republics don’t have laws. They have whims.

“Our country has made great strides in dismantling prejudicial laws that have deprived too many of our fellow Americans of their precious rights. Sadly, that is not the case in all parts of our nation,” Becerra has said.

It’s certainly not the case in California where recall elections are being suppressed, freedom of speech is met with violence and prejudicial laws impose a Silicon Curtain to cut off California from the free world.

Not to mention, a Charlie Brown Christmas.

In the spring of ’46, Winston Churchill visited Fulton, Missouri where he warned that, “From Stettin in the Baltic to Trieste in the Adriatic an iron curtain has descended across the Continent.”

From Sacramento to San Francisco, from Los Angeles to San Diego, a silicon curtain has descended across California. There’s no room for religious or political freedom under that curtain.

And Missouri has also come under fire from the ACLU over its religious freedom. It may not be long before the location of Churchill’s Iron Curtain speech becomes the latest target of the Silicon Curtain.

Today Texas and Kentucky, tomorrow Missouri. And, before long, the rest of America.

And then the People’s Republic of California can get to work building its light rail to Cuba or North Korea. Both of which are the only other places on earth to have banned the Peanuts gang.

We always knew that the California left hated America. But who would have believed that even its hateful fanatics, steam coming out of their ears and foam from their mouths, could hate Charlie?

Canada: Sharia Fine for Not Removing Shoes Where Muslims Prayed