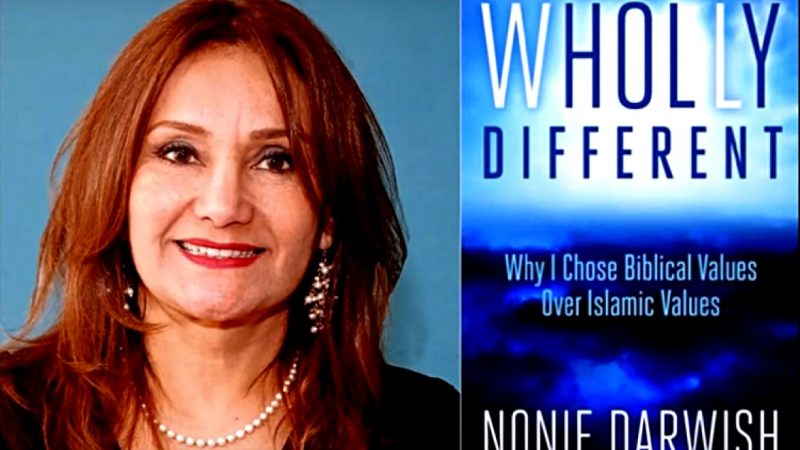 Darwish would certainly understand the stark contrast between the two ideologies as she grew up as a devout Muslim in a Muslim country before immigrating to the United States and converting to Christianity (a very courageous act in itself given the consequences).

In her book, she describes what it was like growing up in a Muslim home with an Islamic jihadist father who was martyred when she was only eight-years-old. However, it wasn’t until she moved to the U.S. that she began to realize just how much the Koran had, in fact, negatively affected her childhood, her relationships, and even her own sense of self.

After reading her book, I feel so blessed to be a female born in the United States– where women are the freest and most liberated in the entire world!

As Darwish explains in her book:

“Simple things that all of us in America take for granted–small kindnesses from strangers, mutual trust, polite apologies, women having equal rights and respect, children being protected and encouraged, not abused and shamed–were completely new…”

I know the modern-day feminist movement likes to complain about how our “Christian patriarchal society has been so unfair to women!”–Perhaps, that may be true in some instances. But from her personal experience, Nonie brilliantly explains how it was Christianity and our Western Culture that have truly elevated women to unbelievable heights, unlike the oppressive culture in which she grew up.

In fact, when I read Darwish’s first book “Cruel and Usual Punishment” a few years ago, I literally had nightmares about the poor little girls who are forced to undergo female genital mutilation (FGM) in some very backward countries. Women in many other cultures are treated like second-class citizens, like property, they are abused and sold as sex slaves, and they don’t get to enjoy the freedoms that we (women) get to enjoy here in the United States.

After reading Darwish’s book, I recognize that, as American women, the first thing we can do to move our cause forward, is to have gratitude for the blessings our Creator has given us, and just simply be thankful that we live in a Christian nation that secures these rights for each one of us.

Then we can discern the battles laid out before us that are truly worthy of fighting.

Linda Sarsour Calls American Muslims Not to Assimilate and for Jihad.

Women: If You Can't Bark With the Big Dogs...