Many reasons have been tossed about concerning why American Public Schools are failing our children when it comes to being “College or Career Ready.” One source will say that funding is the issue. Another will chant that class sizes have grown unmanageable. A third will blame the demise of quality education to not enough “seat time” for the students because of other activities. Still another claims that teacher pay is inadequate. None ever spea 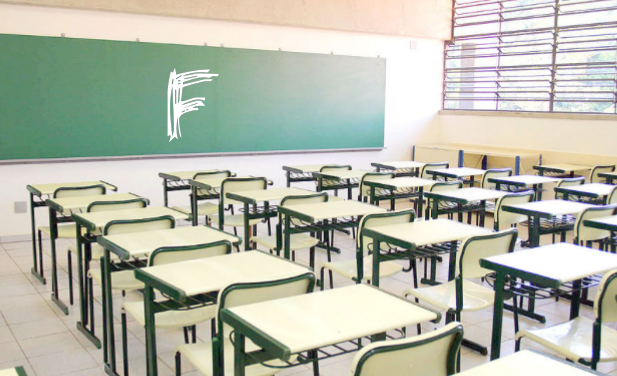 k about the underlying reason for its failure.

So, I will address each one of the above reasons in layman’s terms and then let you all in on a few of the best-kept, longest-standing, and most diabolical of reasons why we will never see public schools improve without changing the underlying causes. Here we go…

Funding for public schools is the usually the first reason cited. It is a farce. Some states were spending as much as $20,000 per student in 2014, based on inflation-adjusted dollars, according to Governing.com’s “Education Spending per Student by State”, but get little to show for it. When you drill down into the details, many of the school system in America spend as much on administrative expenses such as policy formulation, government compliance, facilities, and teacher pay. But throwing money at the problem can often do more harm than good.

Not enough “seat time”- actual time spent teaching students sitting in their desks or at their tables – is getting closer to reality. There are so many other ancillary duties heaped upon classroom teacher today that it may be a contributing factor in the overall poor outcomes. More on that later.

Finally, teacher pay is another issue that has some merit, but when I get to the payoff of this message you will see why this is very unlikely to fix the problem on its own. Paying someone more money might make their life outside the classroom easier to navigate and offer them opportunities that they otherwise could ill-afford, but do we really believe for a minute that simply upping the pay scale will magically transform public education in America to the premier status it held in the middle of the last century.

At that time the American education system was considered one of the top systems in the world and we were leading the world in technology, manufacturing, and other areas of commerce because at that point we were producing graduates from High School who were prepared to enter the working world or college with the skills needed to be successful. Primary among those skills was the ability to think for themselves and understand that personal behavior can have real-life repercussions.

There are, I firmly believe, several rarely spoken of things lacking in our classrooms today. None of these are given much credence in the public media. Consider the following:

In many of today’s colleges and universities that prepare students for careers as educators, there is a severe shortage of classically conservative professors on the faculties of these institutions. Some campuses boast faculties that are comprised of as much as ninety-five percent liberal/progressives (if not full-on socialists). Seldom can one be found outside the state of Michigan (home to Hillsdale College – a notable exception) that has anywhere near what could be called an ideologically “balanced” faculty.

No, not everything boils down to politics and ideology, but in the case of educating and training teachers it has been made part-and-parcel of the goals and objectives of today’s universities. To the progressive adherent, training teachers is all about convincing them that a valuable opportunity to mold young, impressionable minds to conform to the beliefs and goals of progressivism is waiting for them in the classrooms of America. The unions, overall, have, however, provide cover for failing teachers and will continue to do so as long as their agenda is a mandatory part of selecting teachers for our schools. In my view, public employees of any type should not be permitted to unionize. It is like bargaining against ones self. Removing poor teachers becomes nearly impossible.

Couple this deterioration of objectivity in teacher education and the undue influence of unions with the breakdown of the nuclear family and you have the ingredients of a failed education system. It is a fairly common understanding that the students who excel in school are usually the ones who have parents that encourage them, push them, monitor their activities, and keep them focused on the end goal- a good education and a solid future. But with more than 50% of today’s children living in broken homes (or does “single parent” sound more politically correct these days?), the number of parents engaged with their children’s education is steadily coming down. It is almost as if today’s parents have simply abdicated raising their children to teachers.

Unfortunately, because of the ideological pressures mentioned above, teachers only ensure that their children know “what to think” as opposed to “how to think for themselves.” Social justice, climate change, evils of American history, evolution and white privilege being among the most popular subjects. Cursive writing, classics in literature, and legitimate history are somehow lost in the smoke of indoctrination.

The rest of the needed training in morality, sportsmanship, getting along with others, doing the right thing – all the character-building activities that parents used to handle at home – get largely ignored. Not by all, but by many.

Perhaps the last ingredient that is missing from today’s American schools is the moral foundations that previously underpinned our classrooms…starting each day with a Pledge of Allegiance, a Bible Reading, and a prayer was instrumental over time in ensuring children are reminded daily that they have an obligation to their country, their fellow citizens, and themselves to do the right thing, show respect for authority, and know that they are a creation of God intended for a full life. It certainly did no harm. When you consider that the beginnings of decline in our education system correlates very closely with 1) the liberalization of teacher training programs; 2) the breakdown of the nuclear family, AND 3) the decision to remove those last crucial, daily elements from our classroom, the conclusion should be clear.

And, no, I have not forgotten the unconstitutional interference of the federal government in education since the 70s…I just figured that one went without saying. Doing away with the Department of Education should have happened many years ago.

Pro Wrestling and the Media: More Alike than You Think

Bill Whittle: The Truth vs. CNN