If our name is not obvious enough, all of us at PolitiChicks strive to empower women (and men) in politics. So it was only natural that my podcast, TrendChat, would cover Turning Point USA’s Young Women’s Leadership Summit in Dallas, Texas.

The 4-day event had over a thousand women from across the country and featured a number of notable speakers including Carly Fiorina, Tomi Lahren, Ben Shapiro, and Laura Ingraham. The summit, which was focused on high school and college women, had panel discussions on social media as well as other topics and breakout sessions on everything from how to be an intern to how to defend capitalism on campus. It was a refreshing and encouraging event that served some much needed optimism concerning the next generation. 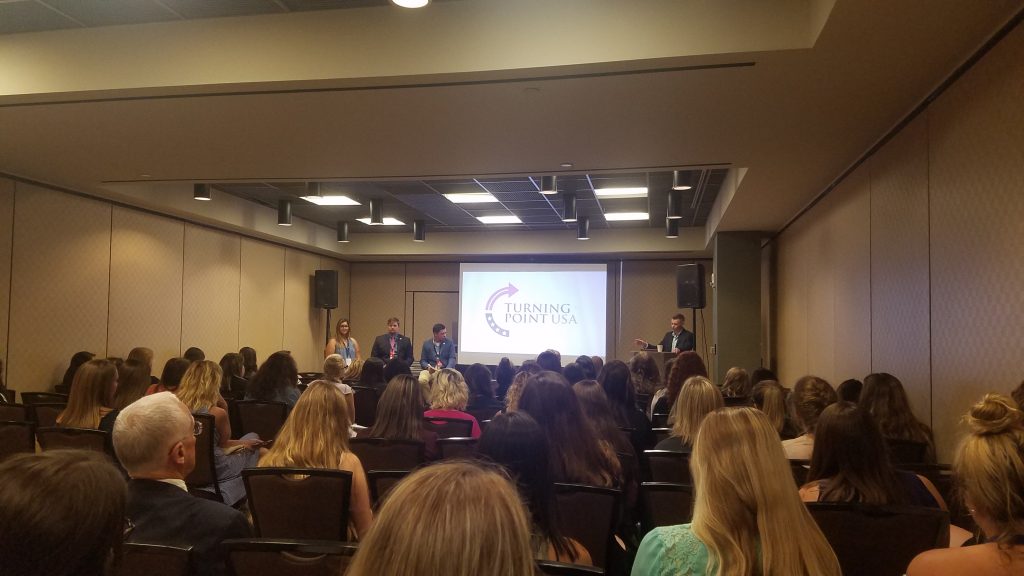 In this first segment are interviews with some of the speakers and attendees at #YWLS2017, beginning with the Founder and Executive Director of Turning Point USA, Charlie Kirk, discussing the event and an overview of his organization. I also talked to Director of Prager Force, Devon Mirsky, about how PragerForce is engaging with college students under Prager University. I got a bit of a different perspective when speaking with Army Reserve Sergeant Jessica Forester, and finally I speak with sexual assault survivor and second amendment advocate, Kimberly Corban.

In this next segment are thoughts about a situation that happened during a Southern Baptist Convention. I talked with Leah Verdeck about “Bullets and Bombshells Gun Society” as well as Amy Robbins about Alexo Athletica and their partnership with EmPOWERed. I also spoke with the South Florida Field Director for Turning Point USA, Driena Sixto, on the growth of the chapters in the region and her contributions to HispanoPost.

On Thursday’s podcast I spoke with Editor and Writer Keely Sharp about Eagle Rising, CEO Marissa Streit who told me about PragerU, and I spoke with Founder of EmPOWERed and the host of this year’s Young Women’s Leadership Summit, Antonia Okafor.

The final show of the week featured my interview with Atlas Society CEO, Jennifer Grossman. She gave her thoughts on the event and the great work Turning Point USA is doing in engaging with the millennial generation, in addition to discussing Christianity and Objectivism.

If Anyone Threatens the President, Lock Them Up!