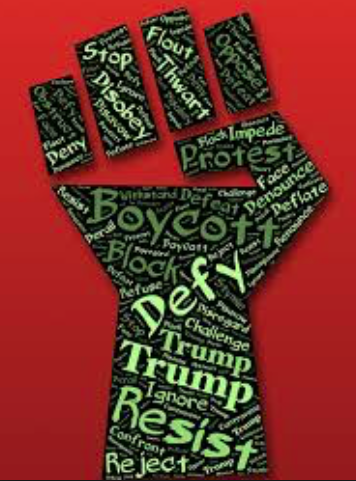 The First Amendment, which guarantees freedom of speech, is undeniably the cornerstone of a free society. If you can’t criticize government without fear of reprisal, you really aren’t free are you? I’d never advocate changing or abolishing this right. However, like all rights, it can be abused. The question is: When does the abuse of free speech equate to treason?

The news media has often been referred to as the Fourth Estate. Under ideal circumstances, it should function as an unofficial 4th branch of the Federal Government. The average American doesn’t have direct access to important government government officials or important unfolding events. Therefore, it should be the job of the media to inform us of that which we don’t know. Press credentials are issued which give reporters access to the corridors of power. It is a great responsibility and one that should be taken seriously. Certainly, one function should be to bring corruption to light. More importantly however, it should provide unbiased accounts of events occurring in government. The only time opinions should appear should be in interviews conducted with actual politicians and government officials who have a party agenda to promote. The goal should be to allow each person analyze events for themselves.

The liberties we enjoy are now endangered. The Presidency has accumulated too much power. Congress has become dysfunctional and more concerned about satisfying large donors (especially corporations) than individual constituents. The Judiciary has issued rulings that are tantamount to enacting new legislation. All of this is reason for great concern. If the individual branches of government start functioning in a manner not intended or if the lines between who is responsible for what become hopelessly blurred, government will cease to function properly and that has dire consequences for all Americans. To make matters worse, the media is completely complicit with these changes. If the government doesn’t follow the rules and gets away with it, what’s to keep them from infringing on the rights of individual citizens? It seems as though government representatives, corporate interests, and the agenda of the liberal mainstream media are all in alignment.

I find this highly disturbing. Under the Obama Administration the government, corporations, and media started to embrace an increasingly radical leftist ideology. Political correctness has been embraced with religious zeal. Those who subscribe to this liberal doctrine do so as though they are embracing a moral philosophy so superior, that religious institutions with beliefs contrary to it, should be ignored. This country was founded as a Christian country. As a people, we have committed our fair share of sins against God, but He has blessed us. How easily we forget.

Trump is the opposite of Obama. In fact he is the opposite of most Republicans. However, I truly believe the man is an American patriot. Sore losers can cry about the Russians stealing the election, but explain this: Has the DNC ever denied their hacked e-mails were fake? Did I imagine Project Veritas where DNC staffers bragged about dirty tricks? Did Putin order FBI Director Comey to re-open the Clinton e-mail investigation in the last week of the election and report it to Congress? Was it fair to Trump that Clinton was given debate questions in advance? Was it ethical of the mainstream media to give Clinton what amounted to editorial control over articles released about her? Am I supposed to be stupid enough to believe the Clinton Foundation didn’t employ pay to play schemes? Did Putin make all of us forget Bill Clinton’s scandals? Did the Russians force Secretary Clinton to be careless with e-mails? How about Benghazi?

The fact is this: Hillary Clinton failed to connect with the American people. Trump did. Further, it would be laughable to say she wasn’t shown an unprecedented level of favoritism during the campaign. She hardly played fair. Clinton had the entire mainstream media as her cheerleading squad. She outspent Trump 2 to 1 on the campaign, and she still lost.

The Election of 2016 has been compared to the Election of 1948. Harry Truman was given no chance of winning. If you want to really understand how twisted the media has become, watch the following video of NBC’s 1948 Truman election coverage:

If only we had election coverage like that today. The commentators are professional, no one is trashed, political policies aren’t discussed and the election results aren’t questioned. Thomas E. Dewey was heavily favored to win in the polls, but Truman shocked everyone by winning. Rather than lament on how inaccurate the polls were, the commentators in 1948 hailed the upset win as a victory for everyone as it reaffirmed democracy and showed that it’s the votes, not the polls that count.

Can you imagine Harry S. Truman running under the same circumstances as Trump? They didn’t call him ‘Give ‘Em Hell Harry’ for nothing. Truman was feisty. Further, he is to date, the only President to ever authorize the use of nuclear weapons against an enemy of the United States (twice). If the media then was like it is now, he would have been treated like Jack the Ripper. Rather than see his win as a triumph for the will of the people, they would have acted like doomsday had arrived.

Is Donald Trump perfect? By no means, but he represents something of the utmost importance: Trump is analogous to a wrench being thrown into a well-oiled machine. Clinton represented a person who would have continued down the dangerous path we face: leftist ideology and a submission to globalist ideals. The machine would have gone into high gear had she won the election. Instead, Trump represents something that has disturbed the status quo at a time when we desperately needed someone to do it.

Donald Trump was legitimately elected the 45th President. There was no Electoral College controversy. Figuratively speaking, Trump stood right in front of a cannon pointed at him by the mainstream media. They opened fire and when the smoke cleared he was still standing…because there are still enough independent thinkers out there who didn’t buy into the nonsense that Clinton had the moral high ground. For now, the country still belongs to the voters. This upsets the media. They want us to believe what they tell us to believe. So, now the goal is to get Trump impeached. Every day the mainstream media reports on Trump as though he has done something completely unprecedented and outlandishly controversial. They unmercifully criticize his every action. However, the man is President At what point does the media cross the line? The President is the leader of this country. It’s fair to criticize him, but it’s treasonous to deliberately undermine him. Impeachment is serious business. It represents overturning an election and the will of the people. If that happens then who are the real traitors?

Question: Which Group Is It - Scientology, or the Democrat Party?