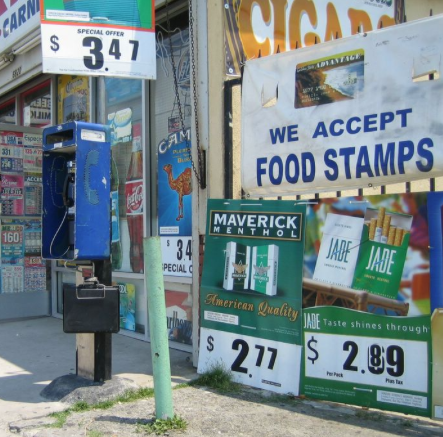 The White House has proposed a new provision in the U.S. Food Stamp Program that has sparked controversy on both sides of the aisle. If the provision is implemented it would cause big cuts in the program which benefits the poorest of households through the program.

“That provision is a new fee that the White House wants to charge retailers that accept food stamps, which is now known as the Supplemental Nutrition Assistance Program,” according to a report by CNBC. Furthermore, the implementation of the provision could cost businesses up to 2 million dollars. According to the Office of Management and Budget (OMB), the fee would be assessed when businesses sign up for the program and they would be required to renew every five years.

If implemented, the fee could produce up to $ 2.4 billion in revenue over the next decade according to the president’s budget estimates. According to OMB, the fee would not be uniform for all retailers but would depend on the type and the size of the retail store. An OMB official said that the fees would be “modest and “reasonable” compared to the over a billion dollars that many large retailers redeem in food stamps every year.

Many are in opposition to the new provision including grocers. Leslie G. Sarasin, president of the Food Marketing Institute (FMI), which represents the industry described the new provision as a “…flawed policy of imposing fees on food retailers in order to reduce the cost of the federal government’s nutrition assistance benefits to the most needy in our society.” According to FMI, food stamps account for 5.8% of annual sales in grocery stores. “Implementing cuts to that extent are going to have stark consequences for retailers, especially in low-income communities,” said Brian Lang of the Food Trust, a Pennsylvania Non-Profit.

The provision also faces opposition on Capitol Hill. “We need to take a look at our nutrition assistance programs to ensure that they are helping the most vulnerable in our society,” said Republicans. Rep. Michael Conaway of Texas and Sen. Pat Roberts of Kansas, the chairmen of the House and Senate agriculture committees in a statement.

These are not the only changes that President Trump is proposing to the program. Over $191 billion in cuts to the program are proposed to be implemented over the next decade. The administration expects the states to make up for some of the cut funds. According to the U.S. Budget Office, the cuts would come from more stringent work requirements to qualify for the program. However, the details of implementation would be left for the states to work out. The existing system “is a formula for waste and growth rates and costs that are simply unsustainable…The total spending should not go down. Or if it does, it goes down because of efficiencies and not because of reductions,” said Budget Director, Mick Mulvaney, last month.

When food stamp benefits were restricted in 2013, WalMart reported a 0.9% hit to its’ quarterly sales. While this may not be much for large retailers like Walmart, smaller and independent stores will be less able to weather the hit.