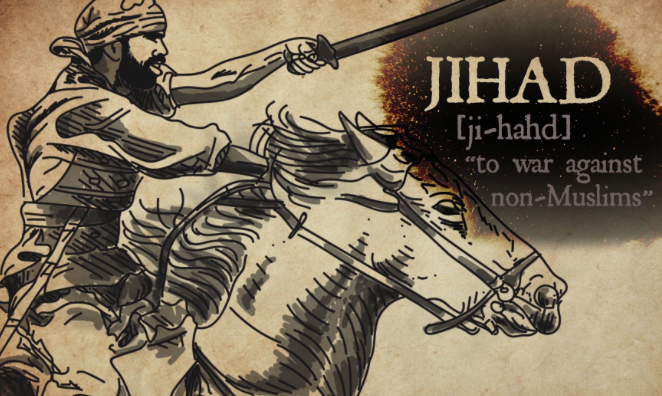 Prior to September 11, 2001, most Americans did not know much about Islam. It was a religion that was practiced mainly in the Middle East, and was for the most part a mystery to many in the West. Since that time, with the rise of Al Quada and ISIS and other terrorist organizations, the attacks have become increasingly bold and brazen, especially on western targets. Britain recently suffered its second attack in as many weeks. As more of these attacks are carried out, the ideology behind them has become more well-known and all too familiar.

As the number of Muslims immigrating to America has grown, communities all over the nation have attempted to welcome their new residents and make them feel at home, but do the newcomers to these communities have any intention of assimilating into American life or is there something more? Could there be an actual plan?

The answer could be yes. A 2013 article by David Wood in the Christian Research Journal outlines not only passages from the Quran, but also historical patterns, what happens when Muslims move into an area, and what happens to that area over time.

“…peace and violence are separate stages of a larger Islamic Program, the ultimate goal of which is the violent subjugation of non-Muslims.”

What Wood describes are stages of Jihad. When most people hear that word they immediately think of violence, but Jihad does not begin there. It begins in a friendly peaceful manner. Stage one begins when Muslims move into a community. While the Quran tells them not to take Christians and Jews as friends, it tells them they can pretend to be friendly. The reason being that they have entered an area where they are vastly outnumbered and must put on a friendly face (Qur’an 3:28). They will preach love and tolerance and be all for “inter faith dialogue”.

The next step, defensive jihad. As the number of Muslim residents grows in a particular area they are more able to defend themselves against what they feel is physical or intellectual discrimination against them. When Muslim women are asked to remove headscarves for driver’s license photos or there are demands for school lunches to adhere to dietary requirements and those requests are denied, there is strengths in numbers. It is at this point where Islam is introduced to school children, very slowly and incrementally. There are plenty of stories of public schools teaching Islam, girls being shown how to wear the hijab, and rooms of children on prayer rugs being taught how to pray. The definition of persecution also becomes very broad.

Next comes offensive jihad. As the Muslim population gains numbers in a particular community, they also gain political power. They will run for City Council seats and other elected positions. This is where the “subjugation” phase comes in (Qur’an 9:73, Shakir). It is here where Muslims are commanded by Muhammad to fight non-believers (Qur’an 9:123, Shakir). They may use instances like the ones stated above like photo ID’s with headscarves and dietary guidelines for school lunches not as examples of discrimination but now are able to demand such things as their political influence grows.

For the final steps of this process, all one has to do is look to current events in Europe. Muslims have moved into neighborhoods and have made it quite clear that non-Muslims, even police are not welcome. The phrase “no go zones” has become commonly heard. Muslim European immigrants are insisting on Sharia Law and Sharia Courts in overseeing their enclaves as opposed to the laws of their adopted nations. How soon until they demand Sharia Law be the only law?

The Left will ramble on about acceptance, tolerance, and getting along. What they do not talk about is this well documented, well organized plan that does not include assimilation but oppression.

If the Left won’t talk about it, then Conservatives should.

Faith of Our Founding Fathers